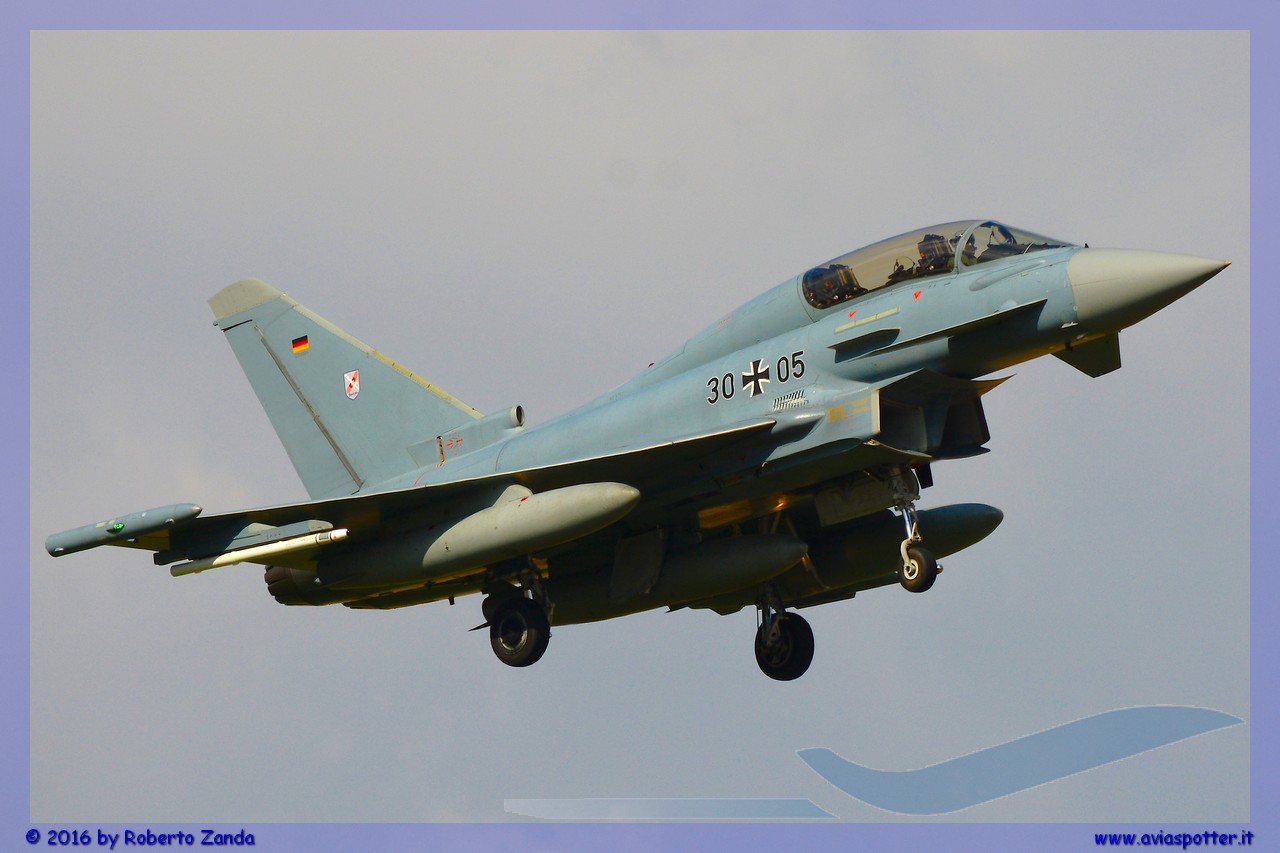 It was concluded in these days the redeployment on the Sardinian base of Decimomannu a rate of Typhoon German Air Force.

Aviaspotter has already published 3 articles (which, which and which) of this event, all thanks to the on-site collaboration's photographer Roberto Zanda.
Today, in memory of the period, We publish some unpublished photos, always taken by the legendary Roberto. In addition to EF 2000 and A 4, already seen in other series (but we are never satisfied…..) also appear the Learjet GFD, already taken by me in 2014, always Tenth (which). The specimen configuration in question is still the one with the ALQ-119 electronic warfare pod under the right wing and one under the left wing SmartRadar Cassidian.

What should be, unfortunately, the last redeployment of Luftwaffe on the airport Sardo, it lasted 3 weeks and he saw the use of 15 Eurofighter and about 300 German soldiers who reached the island in the Mediterranean with several flights of A 310MRTT, A 400M e C 160 Transall, come from the 29 August. Together with the staff have also been brought about 60 tons of materials in 16 joints containers, as well as from the air, by sea and by land.

As we said, after well 56 age, This will be the last German Air Force's commitment to Decimomannu. It’ a pity that a structure like this, with modern facilities and a climate that allows a number of useful days are unmatched in Europe, can go into disuse. Among the most important plants remember refueling system pantograph HRS (Hydrant Refuelling System) with 51 refueling points: the largest in Europe, second only to that of the enormous base of Nellis, in USA. We will see in the coming months if, in addition to the Italian Air Force, other air forces will take advantage of this facility to continue to train their pilots.