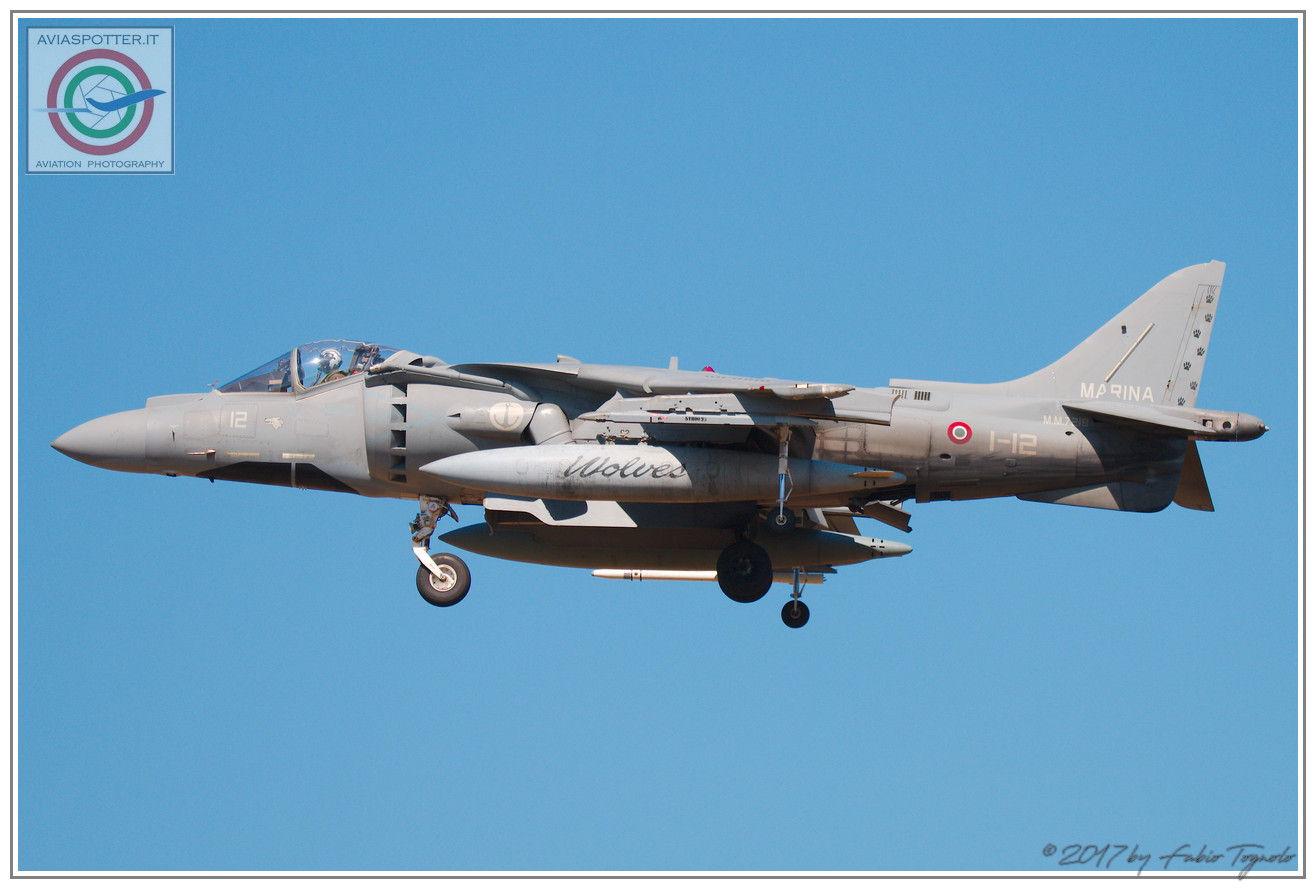 This year I managed to make a detour to Tenth durente summer holidays in Sardinia. As luck would have it present rate of McDonnell Douglas AV 8B + Harrier II Navy exercise in the ACMI range.
The planes, given the particular propulsive formula that allows the stationary flight and takeoffs / short landings, They made use indifferently of the main runway, and
the lateral fitting. Takeoffs were still short and landings took place partially in hovering, with very low approach speed.

All specimens were equipped with in-flight 2 tank subalari da 300 gallons to internal pylons and the FPR pod for flight data necessary to the equipment of the ACMI polygon mounted to the right end pylon, like an AIM 9 Sidewinder.

In the afternoon also it landed a nuovissiomo P 72A Air Force, the new aircraft maritime patrol under the 41 Stormo Sigonella. The picture made at takeoff allow note the troubled airplane's outer surface by numerous antennas and small pod, demonstrating the wealth of internal electronic devices that allow a wide spectrum of missions.

The extremely hot day (with peaks of over 42 degrees in the shade!!) He has put a strain on the ability to take photographs: the strong heat reverb, hard and vertical shadows did not allow an optimal recovery, but the brave spotter has still resisted: enjoy these!!!

PS I want to particularly thank Roberto and his wife Daniela Friend: They have repaired from extreme heat and offered a great fresh lunch at their home. Thank you guys, you saved me.