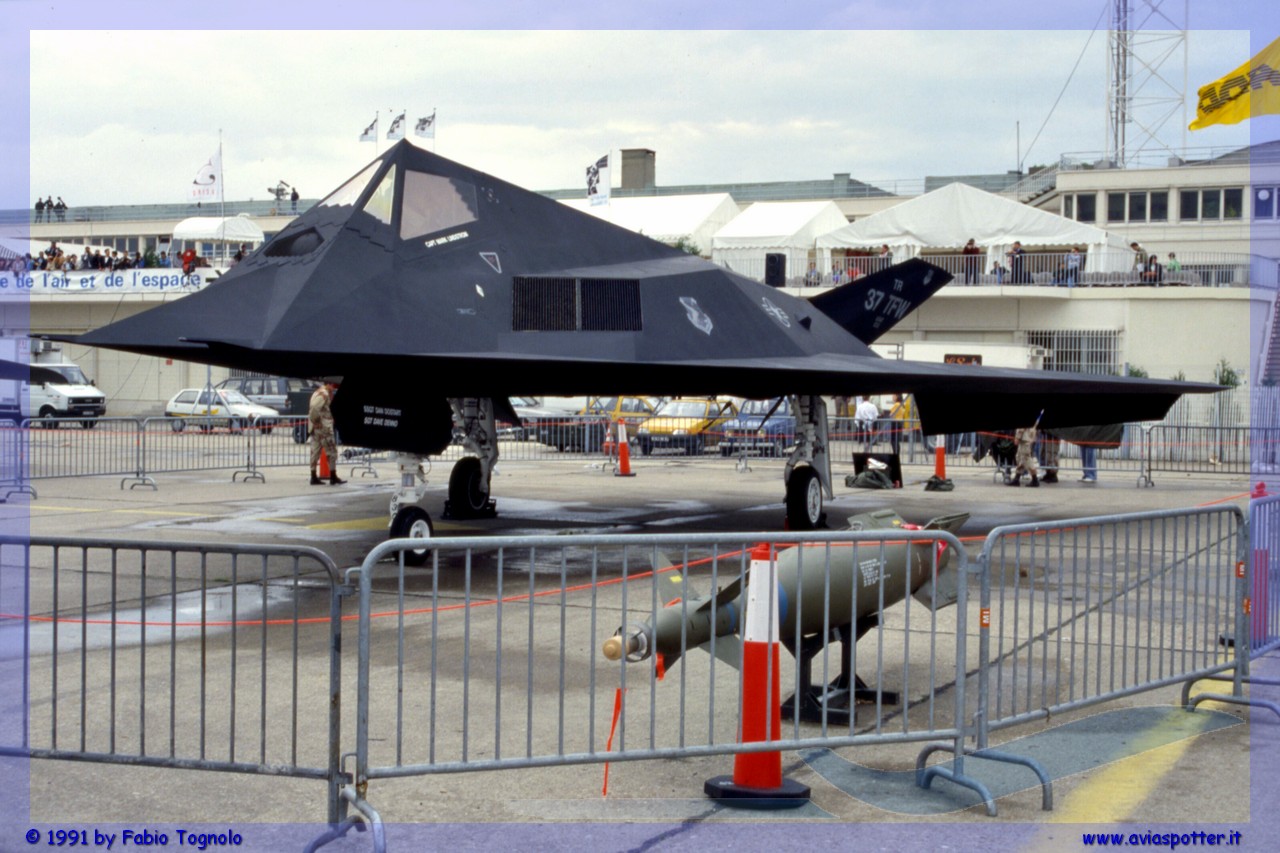 My first show was this. The Hall of Victory: the Coalition of Iraq Saddam Hussein.

I decided to participate in May 1991, when I learned that, among others, he also participated in the Bourget F 117, the famous and then still pretty secret Airplane Invisible or Stealth.

And so I planned the trip: Starting on Friday evening, train berth, arriving at 7,20 morning at Paris's Gare de Lyon. Da lì, with the RER, off at Le Bourget. Shuttle bus to the airport and the Exhibition day. The evening reverse path, pizza night at the station and return to Milan, with arrival on Sunday morning. Così feci. Everything perfect.

Arrived at the airport my eyes spinning like slot machines: I did not know where to look. Everywhere I turned airplanes and helicopters of every age and size. Keep in mind that it is also home to the Le Bourget Air and Space Museum and many aircraft are on display outdoors.

The 1991 then was the year of the Gulf War and the show was an opportunity to celebrate the planes that had fought the War. The fence was the greatest American, with one copy each of every plane that had participated in the War: F 15 C ed E, F 16, A 10, F 14, A 6 and then attack helicopters and transport. L’F 117 was the center, with an additional enclosure, forbidden to anyone and with armed guards constantly present.

The other members of the Coalition were present: the English had brought Tornado and Jaguar painted in Desert Pink Nose Art with truly evocative. I Francesi, hosts, had exhibited all the planes with explanatory signs with the inscription “Combat Proven”. Italians exposing a Tornado in Locust static and 2 and Volo, during the afternoon program, who appeared in a buddy buddy refueling and in some passages the whole barrel that particularly thrilled the audience.

The Soviet delegation exposed, surprise and a preview,  the MiG 31 and his powerful armament missile, with AA 9 Amos (the class of the AIM 54 Phoenix arming the Tomcat U.S. Navy) and AA 6 Acrid che, with their 5,95 meters in length, are the largest air-to-air missiles in the world. Also, and Volo, l’A 40 Albatross, twin-engine amphibian Beriev to fight anti-ship and anti-submarine.

To be the first Salon in which I participated, I would say definitely not bad

Le foto, scanned from slides, they are of exceptional quality. However, there remain a significant document.