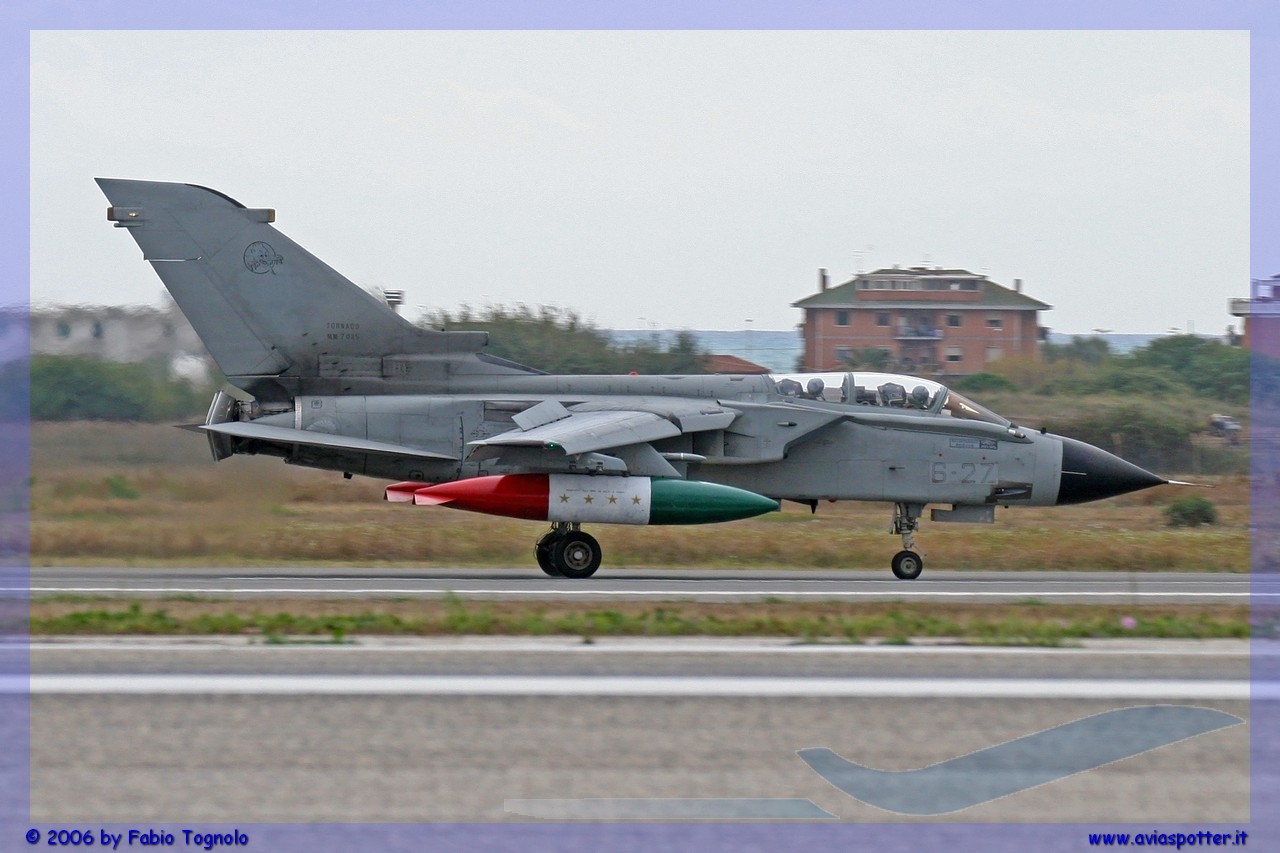 This year's Open Day is back to its traditional home: Airport Mario De Bernardi Practice Sea.

The appearances are set to be interesting with several foreign operators: Americans, French, Swiss, Spanish, English, Hungarian, German and Dutch brought their machines on land south of Rome, and of course to all aircraft operators of the various Italian.

Along the static the Special Color abound: only to Tiger Meet one sees more. Begin to be several Typhoon, sign that the machine begins to really be present in the inventory of the Air Force.

The weather, begins to deteriorate at the beginning of the performances in vole: hopefully leave us alone until the end.

The flights will susseguoni, the rhythm is tight. In addition to individual flights are presented some formations: 19 MD 500 form the acronym “AM” and then there are 2 diamonds 9 Tornado and 9 AMX coming together after a nice and loud simulation of airport attack. Some Tornado carry the colors of Italy to celebrate the conquest of the World Cup Soccer. The time breaks down quickly and the latest flights have as background dark clouds and heavy with rain.

It is anticipated (at the expense of the Patrulla Aguila) the flight of the PAN but not enough: Once off the '339 are swallowed by a wall of water that falls on the public. It’ the baraonda !!! The escape is rather messy and, accomplice long distances to return to cars, the audience gets wet to the bone. The Frecce Tricolori are limited to a few passages. You can not even program down.

Here's to you the photos of the day