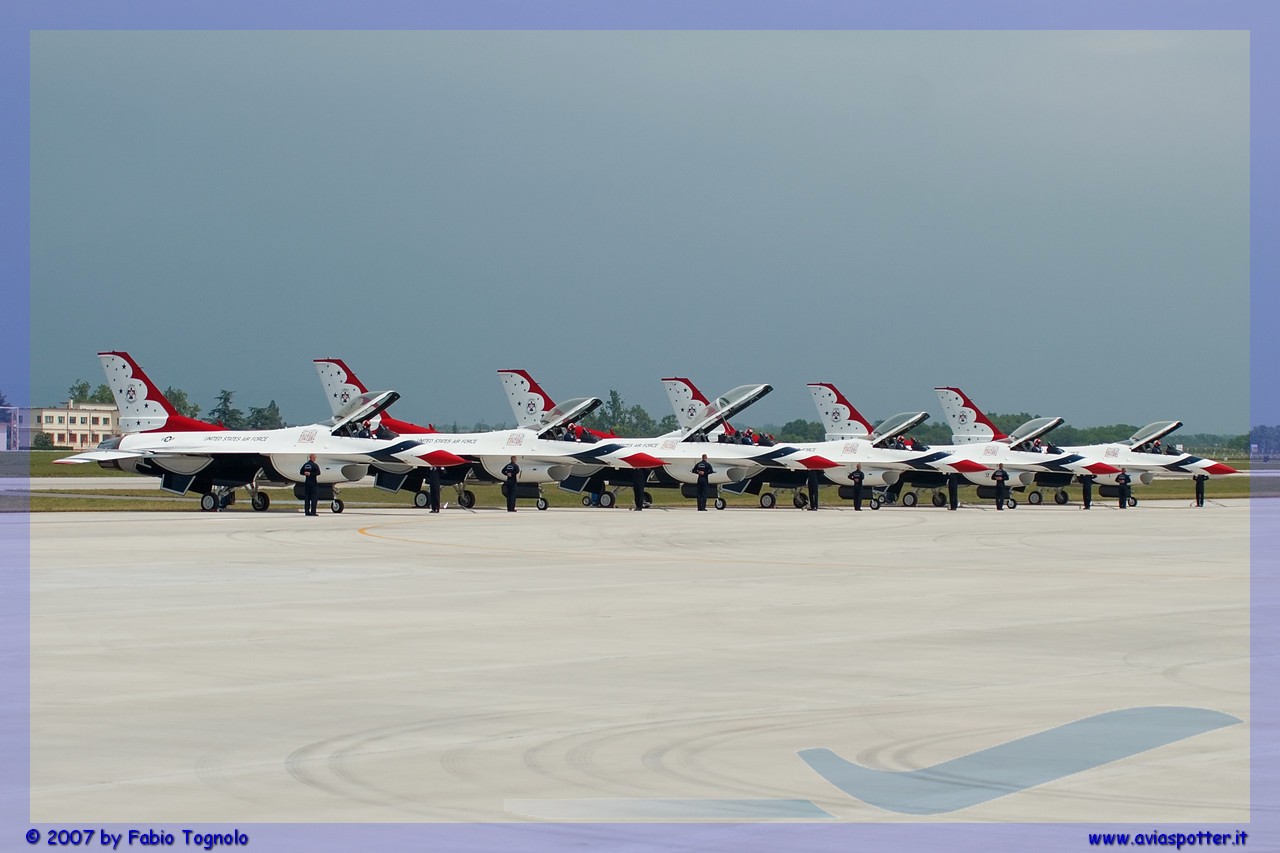 This year the 4 July, ad Aviano, celebrates the great!

There are in fact based on the Friulian the darlings of the American public: The Thunderbirds!!!

The U.S. Air Demonstration Squadron returned here after 11 years and does it in a very discreet manner. It’ In fact, only one scheduled performance, behind closed doors, inside the base. Through the good auspices of the Club Frecce Tricolori that I am honored to have co-founded, however, we can get in and so here we are. L’evento, although it organized into four and quattrotto is still interesting. It’ It was also prepared a small static with top fighters USAF (F 15C, F 15E, F 16C and O / A 10) and 2 Italian Tornado.

Canonizziamo around and bring us to the flight line for the show preparation. I Thunderbirds, indeed, begin their performance since the preparations for takeoff with specialists who, in perfect sync, move around F 16 preparing them for the flight. The hand of Hollywood you see well, but this does not mean that everything is very choreographed and interesting. Even the drivers participating in the “ballet” and aircraft taxiing on the apron to move quickly to take off to the tune of very evocative music.

The flight program Thunderbirds, He is an Air Demonstration Squadron, It is less technical than that of the noble European aerobatic teams, but (also helped by the thoroughbred that is the F 16) power emanates from all the pores.

The weather fails quickly and dense clouds begin to cover the sky. The exhibition has nonetheless end and the engines are switched off covered by thunderous applause. Just in time to let unleash a storm worthy of a tropical monsoon.