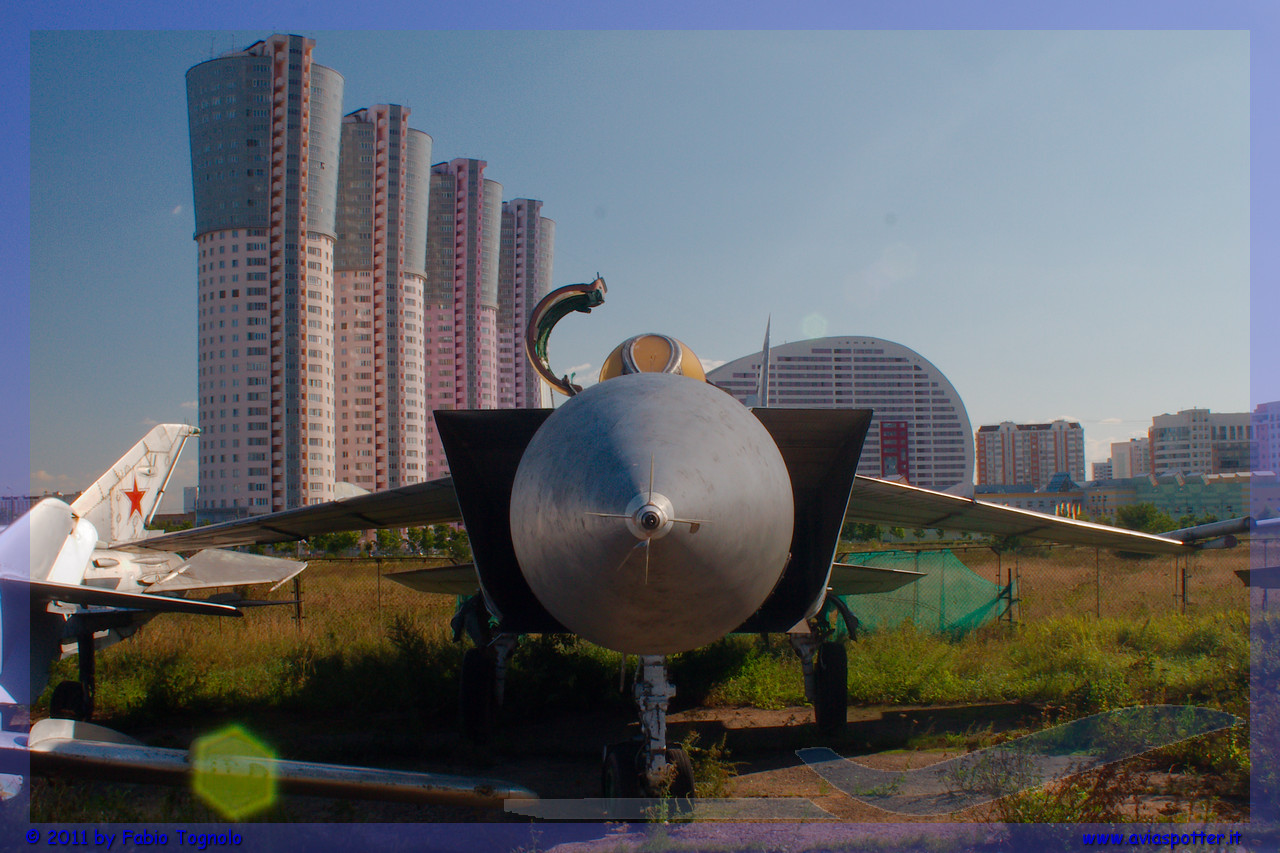 Evidently the visit to the museum in Monino not was enough. The hunger for MiG and Sukhoi is still so much.

And so, I see you back on the subway, just the line where they are on board for the stop Dinamo, where is the stadium of Dynamo Moscow, right next to the former airport in Moscow, the legendary Frunze where they were the Bureau of the leading Soviet planners (MiG, Sukhoi, Yakovlev, Ilyushin) as well as the headquarters of Aeroflot.

Today the airport is closed, also because it is completely surrounded by buildings. Remain at the edges of the track planes that make up what is pompously called "National Museum of Aviation and Space".

The machines on display are tanned really bad, some are real wrecks. It 'a shame because some are very interesting, unique pieces, even record holders.

There is the original prototype T 20 del Sukhoi 27 (with the canopy split) and 4th prototype of the MiG 29. You can find the Ye 266m, a particular version of the MiG 25, record holder share with 37650m, or a rare MiG 23B: They were built twenty esamplari, without radar, of what was, simply, the ancestor of the MiG 27.

There are MiG 21 in many versions, Its 15 single and two-seater, MiG 25 both hunting reconnaissance, single and two-seater, Sukhoi Su 7, Its 9 come on 17. Various Yakovlev and several helicopters Mil, including a huge 6.Interessanti I also I 8 with the colors of Aeroflot and pylons for missiles and various drone Soviets, really rare to see

Unfortunately, much of it is really so poor, some even covered with graffiti.

Pity, A real pity. These old stars you deserve a very different place

2020 – ONCE AGAIN AT THE IMPERIAL WAR MUSEUM IN DUXFORD