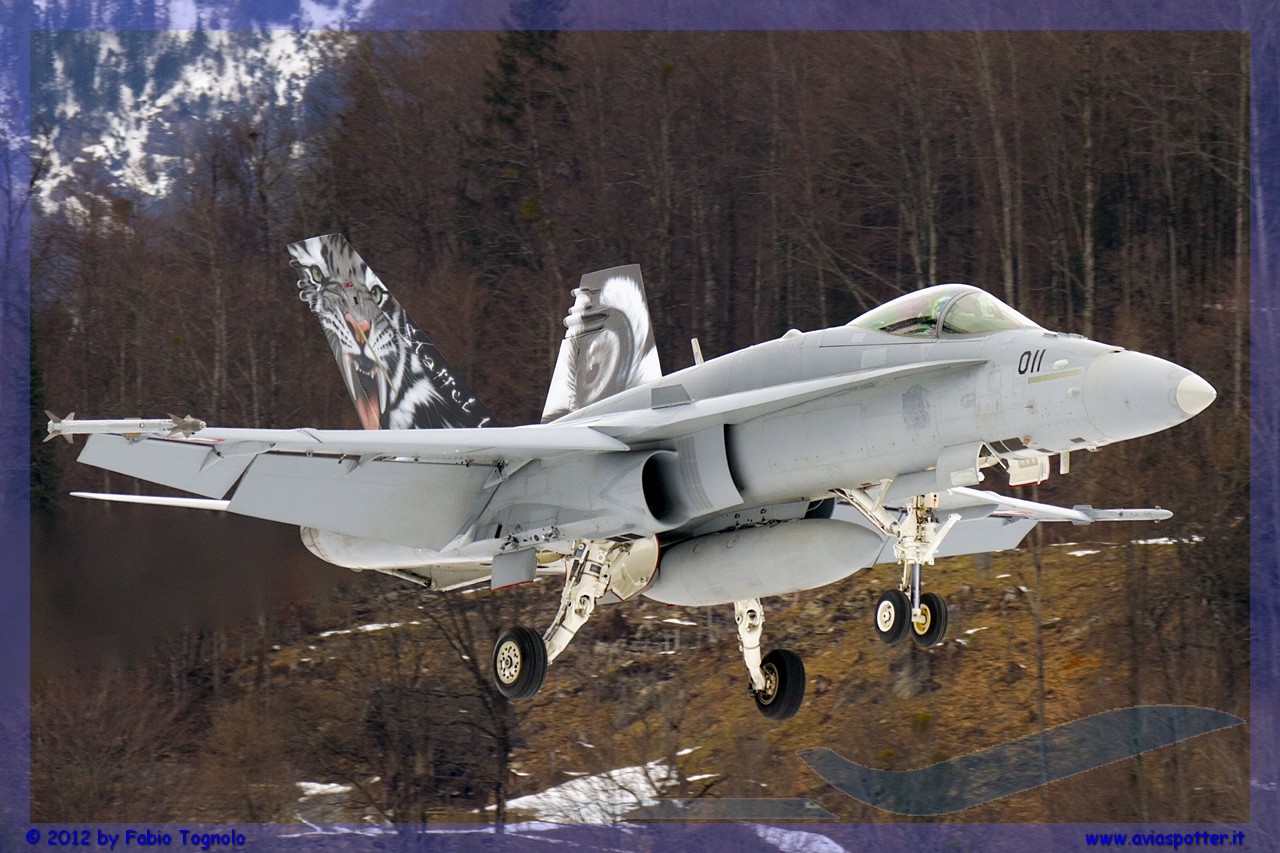 First Aviation outing of the year. Where to go? But that question is ....... in Meiringen, off course……

So, early in the morning, it's off to get to the edge of the runway to 9.00 about. It's cold, There is snow everywhere but we are well dressed, there is no wind and the scenery is breathtaking.

The Meiringen Flugplatz is already a show normally, but in winter it gives the best of himself.

We carry now on the top of the shelter which is located on the northeast end of the runway: from here you can take pictures of him in a superlative landings (naturally when the planes land from 28)

Immediately it presents a two-seat Hornet making a touch & go followed by a couple of PC 7: the red color of the trainer stands strong on snowy background.

After landing of a pair of F 18 seaters we decide to change perspective and we carry next to the level crossing on the north side of the track. This is also a nice place and from here we photograph a little 'and some taxiing takeoff, Pilatus is that the Hornet.

It makes its appearance also the Special Color of Fliegerstaffel 11 with drawn tiger on the empennage. The photograph on take off and we see that the movable chariot has moved to the left to the head 10: landings will occur beyond.

half an hour waiting and here the bell tolls and lower bars of the level crossing: arrive!

The last lands with the handset on hook and, after he crawled on the asphalt with an avalanche of choreographic sparks, engages the barrier and stops within a few meters. He arrives a fire truck, but it was only an exercise.