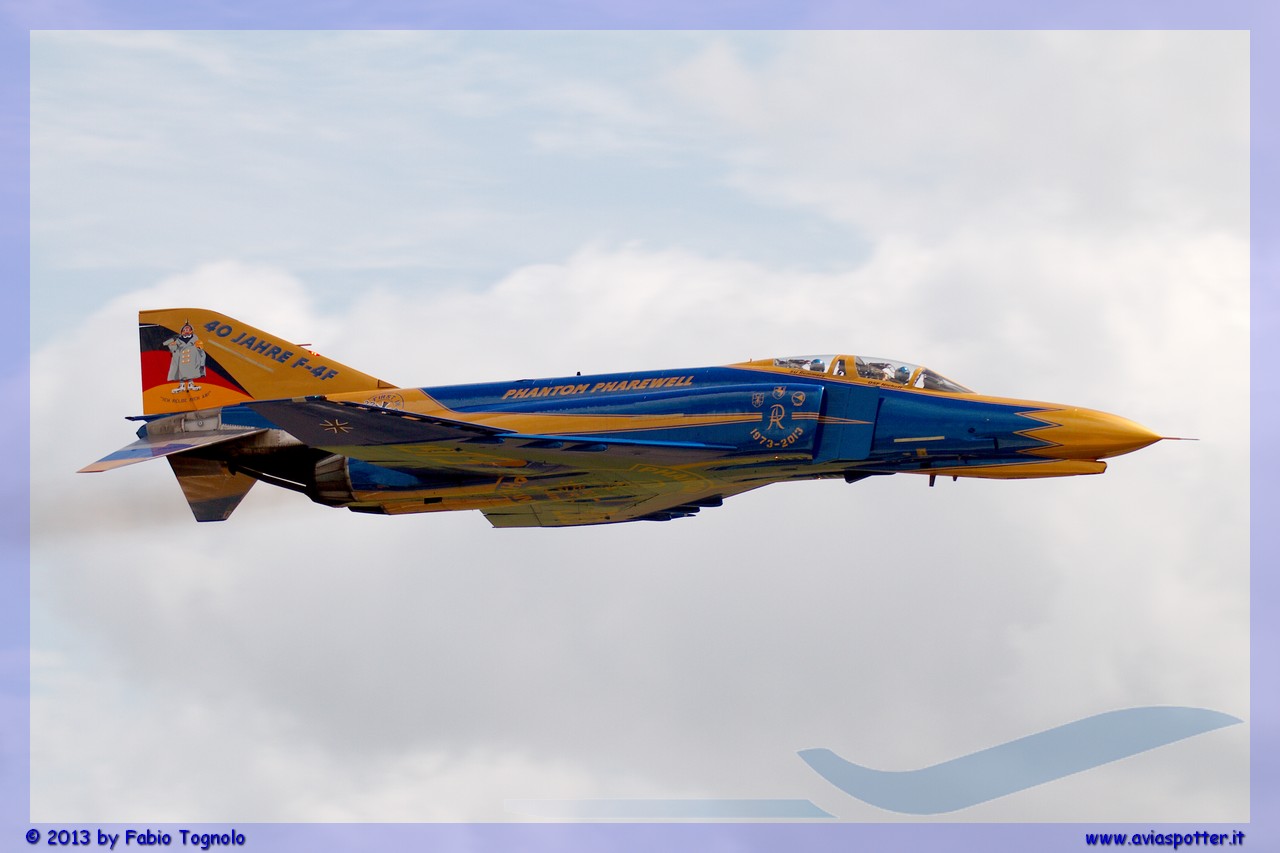 Finally the weather improves (little at a time) and the dancing can begin. For the first go flying some aircraft historians who seek, with little success, to warm up a bit’ the hearts and limbs. Here we want something more substantial !

And we are now satisfied: In an unexpected 4 climbs in the sky and begins to make steps on the public in different configurations. Unfortunately concludes his performance engaging the cable (s'altronde as befits a thoroughbred embarked as the Skyhawk) and returning to the parking taxiing on the runway.

Enter the field lookouts: 4 F 4 Phantom!!! Lo Special Color blu, one in camouflage NATO, a current monogrigio, and, unfortunately, instead of the Lizard (had problems to set in motion) the special gray and yellow. Poco male: after a while’ bridging the roar of J 79 is felt and long tongues of fire light up behind the planes swoop, one at a time, in the sky.

The planes are in formation on the sky, with trolleys retracted and extracts until, in the distance, appear 2 Typhoon that take the place of 2 Phantom and are being, ideally, passed the baton.

At this point, begin a series of steps views of a plane at a time, whole cane, and tacking pull with abundant clouds of condensation. It would seem that the old warrior still has several strings to its bow.

The performance in flight ends with the landing of all Phantom and yet another catwalk.

Closes an era in Germany. As in Italy 2004 for the '104, even the Germans leave with regret a true thoroughbred.

We hope that the Typhoon will be a worthy heir