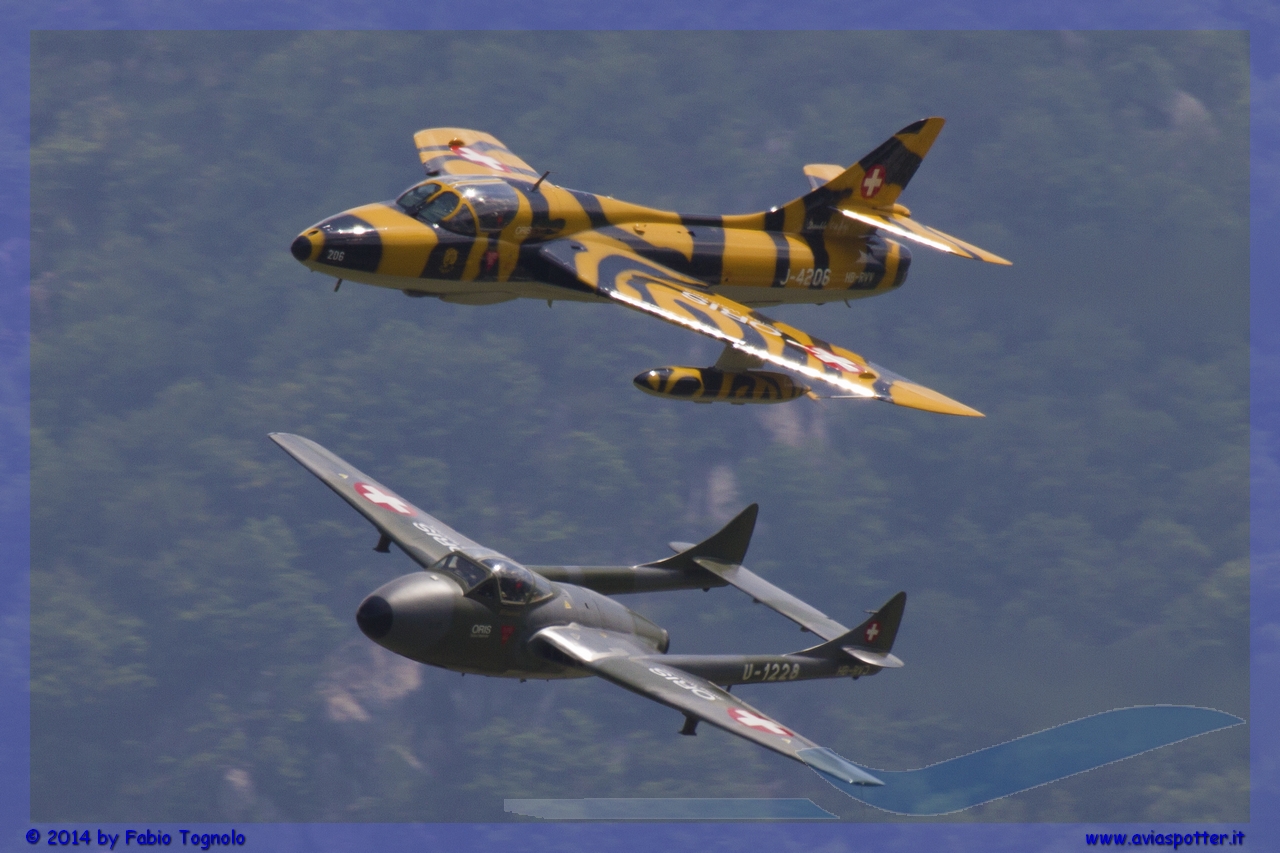 This year marks 2 important anniversaries: i 100 years and the Swiss Air Force 75 years of the airport of Locarno.

To celebrate these anniversaries, the Air Base of Locarno and the direction of the airport cantonal have organized a series of events, lasted a total 12 days, that culminated with 2 grandi Air Show.

Aviation Spotter participated in the first of 2 days.

L’evento, very well organized, provided a very dense, with flights that were happening, almost seamless, from 10,00 to 17,00.

All the various forms of flight were represented: man flying gliding, from helicopters to fighter jets, from large transport aircraft propeller to modern Jetliner, by the powerful warbirds to Acrobatic Patrol.

Since early morning the sediment was mobbed by fans and the curious. Definitely has proved successful the idea of ​​making free car park and the entrance to the airport. In this way families, more or less numerous, were favored. The culture of aviation is also informed that.

Particularly interesting and exciting were the flights of Warbirds: is not so common to see together some of the most powerful hunting piston of the 2nd World War, literally pulled a shiny, that even taxiing roared a few feet from the hurdles.

Finally, a really nice Air Show, highly organized, with major presences, enhanced by a wonderful day. Decisamente an antipasto corposo, waiting for the big air show in Payerne, in September, when Switzerland celebrates the centennial of its Air Force with what, most likely, Event will be the most important part of the European Air 2014.