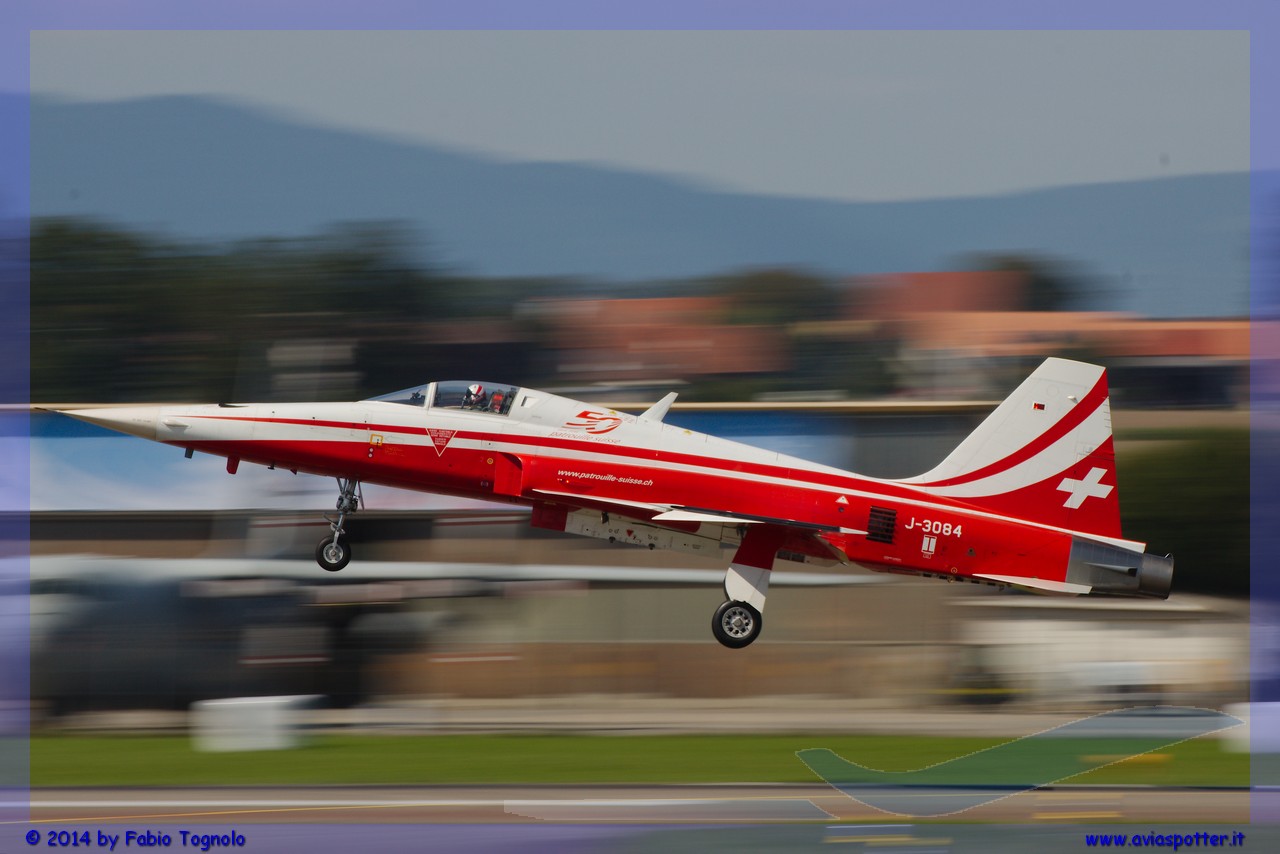 Today I decided to get even before: to 6,30 are already in line for the entry. I am determined to win a place in the front row for the show today. All 7,00 the file begin to flow and 7,05 are inside. After a few minutes the battle station is set up right next to the head of the runway 23.

The weather today is slightly worse than yesterday. What bothers me most is the humidity and the total absence of wind.

The show begins, come ieri, to 9,00 split. Unfortunately, the French Rafale leaves us, together with an exemplary two-seater and the CN 235 support. Ma l’Air Show procede serrato: F 16 Dutch, A 129 Army Mangusta, F 18 Displays only Swiss, Typhoon Solo Display RAF (today in plumage monogrigio with Invasion Stripes). During the day you can also see the Breitling Constellation, Boeing B 17 Sally B/Menphis Belle, B 25 e P 38 Red Bull, Sea Fury in the livery of the Royal Australian Navy, Gripen Svedese, F 16 Solo Display Greco, Junkers Ju 52 e infine Messerschmit Me 262. Unfortunately the PAN flies in the morning and the dense smoke of his performance to hover in the air long, without a breath of wind can push them away.

The day ends with a formation 25 F 5 that, and Volo, forming the n ° 100, to commemorate the centenary of the Swiss Air Force.

The final budget for AIR14, can only be positive. I 2 Air Show weekend showed the over 400.000 people present the better of Civil Aviation and the European and global military. What promised to be the highlight of the season aeronautical 2014 has not lived up to expectations, as might be expected when, to move, is the Air Force Switzerland.

Enjoy now the photos of the day