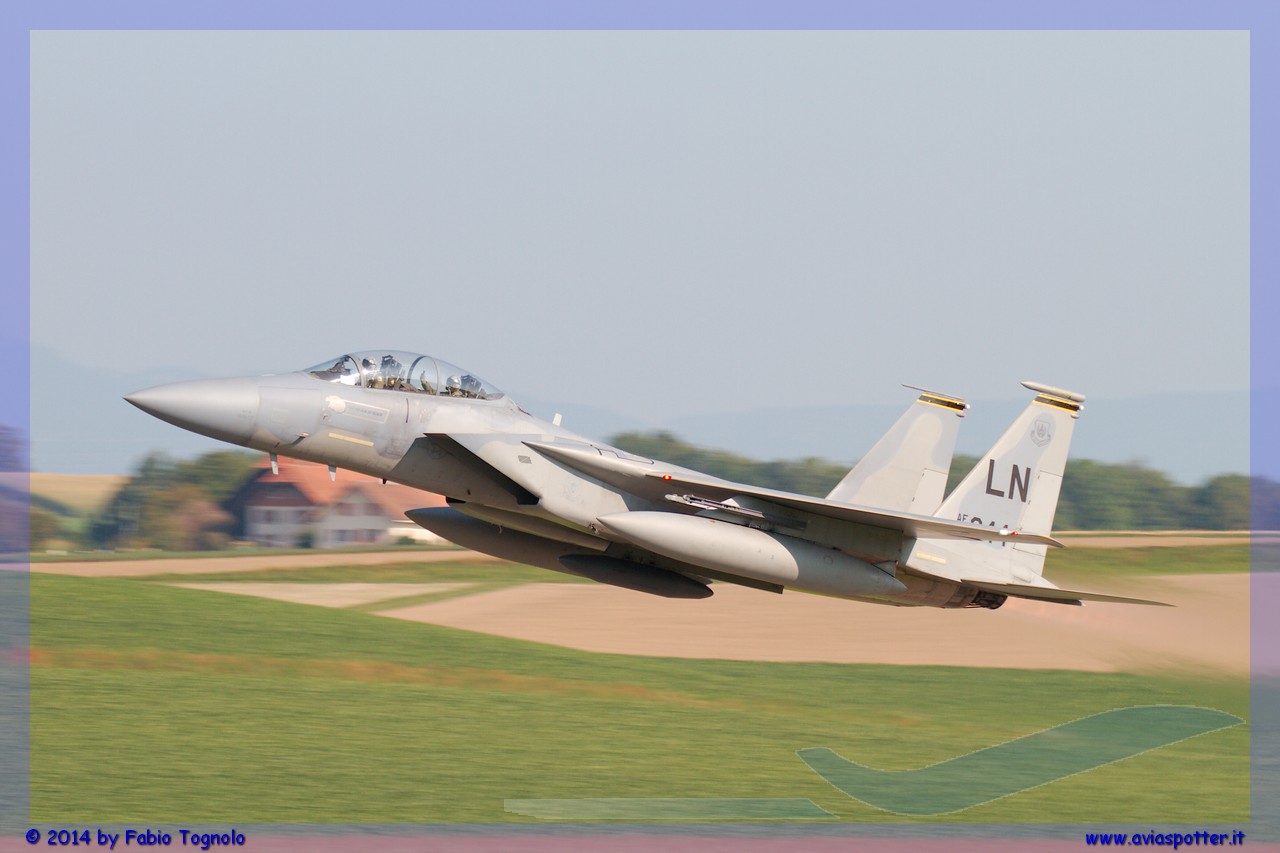 The last event of the year is finished: 10 consecutive days of Air Show are not a common thing, but the Swiss Air Force has been exceeded.

The performances on Saturday and Sunday were amazing and I am here today to take pictures of all the planes that leave the airport to return to their bases of origin. We provide several tens of movements. I find that place on the hill alongside the taxiway shoulder strap and is about half the track, in favor of the sun. This hill was reserved, for i 2 week end di AIR14, the accredited spotter, but today it is open access.

The apparent calm is interrupted, shortly after 8,00, dal Mirage 2000 that fills the air with its noise. Since then a series of take-offs, interspersed with an occasional landing transport aircraft (C 130 and, sorpresona, C 17 Hungarian). Takeoffs are those of the most anticipated Heavy Metal military, in some cases, occur, full AB, low on the track to “tirare su” at the end of the same. It’ the opportunity to photograph cars, in the 2 days of the event, have been hidden or static display. And so here is the MiG 29 or the two-seater Greek F 16C with the conformal tanks and clean the livery. Take off too 2 Alpha Jet portoghesi, particularly garish livery.

Even today there is a stop for lunch but, immediately after the traffic restarts. He lands a C 130J of our Air. We see all the nose a little’ battered, crushed and peeled off, and we wonder what happened.

Takeoffs end at 15,00 about the fledging of the two-seater Vampire.

Below the photo of the day