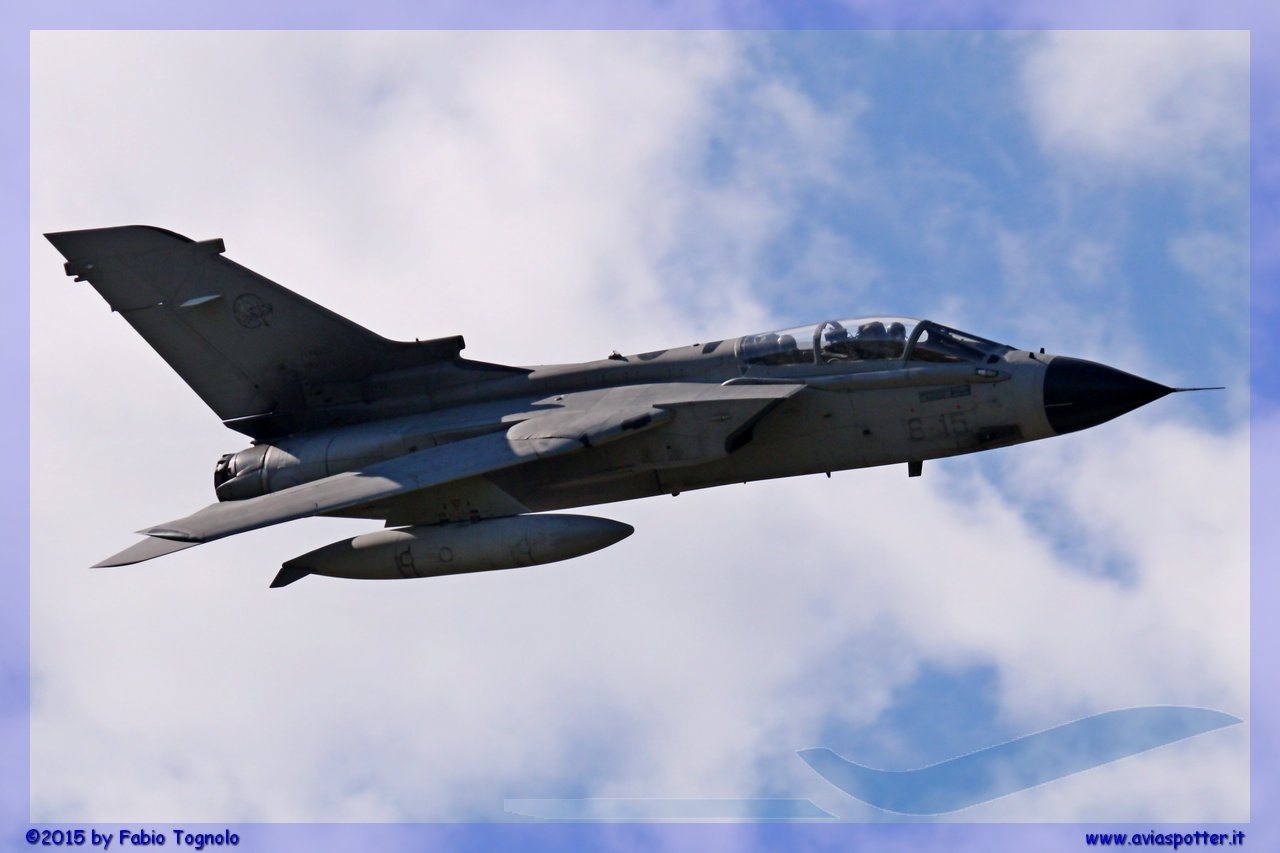 Today is the day.
The huge crowd arrives today. After Spotter Day on Friday and proof yesterday (inter alia ruined, partly, from the shower in the morning) now expects a full house. The day is fantastic: sole, Warm the right and blue sky waiting for the hundreds of thousands of fans expected on land owned by Looking to celebrate 55 Years of Frecce Tricolori.
The static exhibition of one of the airport's taxiways is rich and the public can see up close (too close for us photographers) all aircraft of our Air Force, including the latest arrivals HH 101A Caesar and the prototype of the BA 609 Tilt Rotor.
drones with a specimen of the MQ 1C Predator There are also 32 ° Stormo and the prototype of the P 1HH HammerHead, the Piaggio drone derived from P 180 Forward. Moreover, even the foreign guests have wanted to expose their jewelry and then there are also USAF F 16C, Spanish F 18D, AH 64 Dutch Apache and Saab 105 Austrian. Too bad there is not at least one MiG exemplary 29 Polish, present in 2 specimens Online Flying.

I hasten to “canonize” machines in static hurdle to bring in and take over the place in the first row. The show should start at 10:00 but already to the 9:30 appear in the sky 3 Typhoon 4th Wing, 2 mono and a two-seater, which probably make shooting. A little later off the Patrouille de France: unfortunately he will not perform here Looking.
All 10:00, on time, the passage dell'HH 139 the 15th Wing with specialist winch, Italian Tricolore and National Anthem from the speaker announces the start Air Show.
The program is substantially that of yesterday, but no rain. We can finally enjoy the stunts of the Saudi aerobatic, i Saudi Hawks. Their presence, the first in Italy, yesterday was marred by stormy climax that had run away all the public. Today, however, there is a beautiful backdrop and planes in the sky describe the plots of a show that this audience never tires.

It’ a succession of emotions Patrols Acrobatic Polish, Arabia, Giordana, Belgian and Finnish. Their performances are interspersed with those of the Patrol Legends (6 Trainers of our Force, dal T 6 Texan to modern M 346 Master) and the new AW 149.
About 13:00 appear the darlings of the day: i 10 blue aircraft with tricolor band parade on the taxiway and line up for takeoff. It is not for the exhibition: go to Monza for a sull'autodromo step before the Italian Grand Prix Formula 1.
Take off at 13:02 and return to 14:20, After a ride with the longest Tricolor in the world who always does excite fans and spectators of this grand spectacle. Meanwhile Looking to can attend performances of AH 64 Apache Dutch, of Incursori of 17 ° Stormo Aeronautics and powerful MiG 29 Polish.
After landing the PAN was the turn of patrols Spanish, Turkish and Switzerland. It then enters the section dedicated to our Air Force. Much appreciated the flight of the SPAD replica of World War followed by 2 Typhoon comes with camouflage with Special Color, the center, the Prancing Horse Asso Francesco Baracca and equally admired the passage of the Boeing KC 767A tanker in formation with the first line of our fighter aviation.
But what has most impressed the audience was the very low passage 2 pairs of fighter-bomber in simulation of attack: before 2 AMX and then 2 Tornadoes have pounced on the airport in fact lined up on the track but proveniendo slightly from the shoulders of the public, presenting in close formation, slightly inclined and VERY AGGRESSIVE speed. The roar caused, especially by Tornado, He sparked cries of enthusiasm and some tear of joy in the most sensitive lovers.
The exhibition drew near the end but before there was the presentation Arrows flying EF 2000 Typhoon of Flight Test Department that, after a very short takeoff full AB showed off the acrobatic skills and pure power of this air thoroughbred.

The final exhibition of the Frecce Tricolori no comments. There is nothing to comment except, always eats, admire these sky dancers compose their figures with meastria we are used to and that, particularly directed to, reach unreachable heights. Too bad events as well, in Italy, you can only see each 5 age. See you 2020 for 60 Years of Frecce Tricolori.

2020 – THE TRICOLOR ARROWS FOR SAN FRANCESCO, THE PATRON OF ITALY

2020 – THE TRICOLOR ARROWS FOR SAN FRANCESCO, THE PATRON OF ITALY

2020 – AND’ PURCHASING NEW HUNTING FOR SWITZERLAND