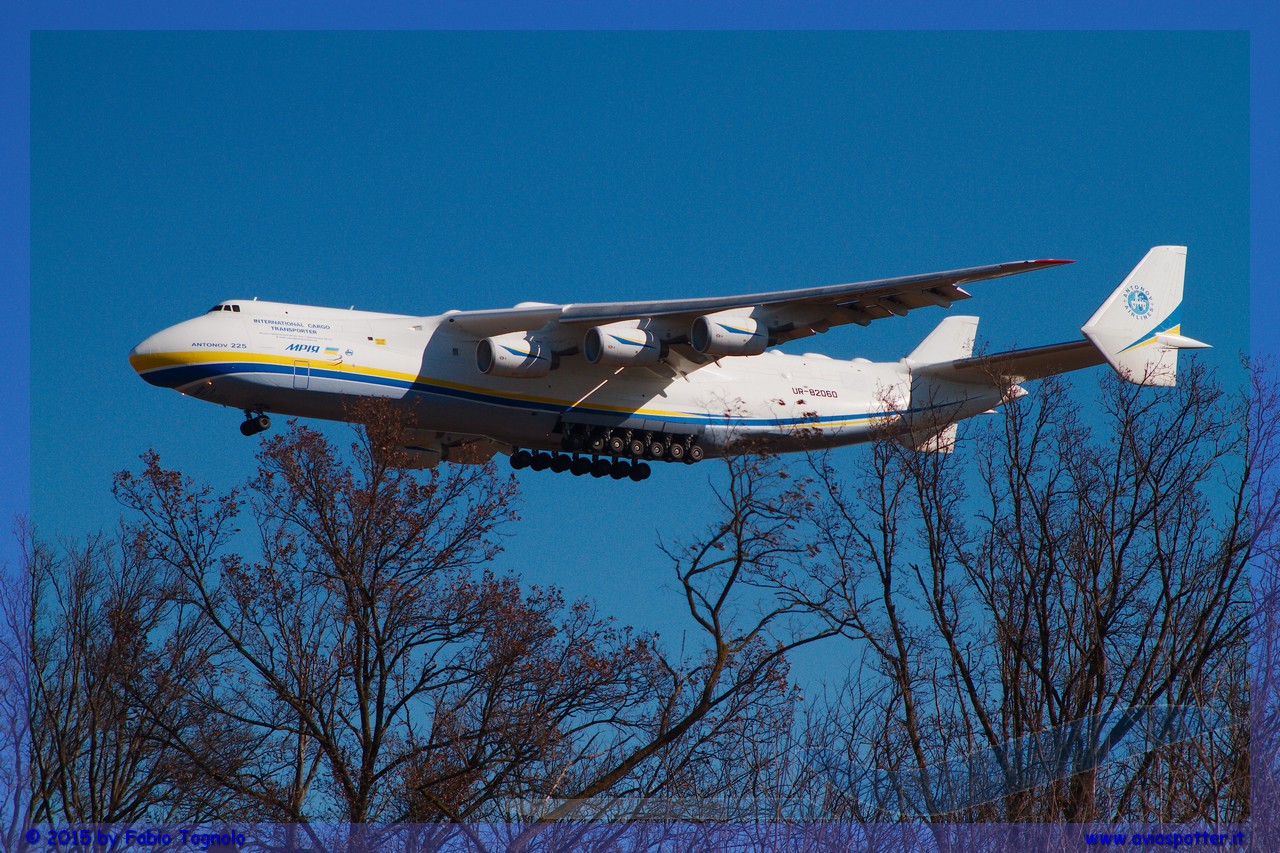 It’ already a bit’ that the Antonov 225 Mriya bazzica da queste party. This is the fourth time in a few days. Unfortunately all the other landings took place at night and so it was impossible to photograph the beast. For the latter landing the tam-tam between fans started playing last night: time reported was that of 06:00. Too early, this season.

The next morning, however, it soon becomes clear that, also this time, is the flight delayed. Perhaps there is some possibility.

The time is moved to 14:30 and, after a while ', we understand that it will be the right one. I come home from work, I pull up the trusty Canon and I sling tested 35L. There's a crazy traffic: car everywhere and people everywhere. Parking too haphazardly and mount the Tamrone on EOS. I see the 28-105 that shines from under the spare memory cards and I put it in my pocket.

I have to move to the left of the path of the head 35L, the sun is to the west and what is the best place. There are many people and many spotter. I look around and I see that all objectives “start at the bottom”. The premonition was right: il amount 28-105!!! Flightradar 24 is a crucial help and we see the beast that is fast approaching.

Seems still to much air is large and slow: his 32 wheels protrude at the bottom and the double derives the sun shines. Lovely. In the end it all worked out in a matter of seconds. I am left with the desire to see it up close. I try to go to Cargo City, where is that 3 years ago I managed to take some pictures a bit’ interesting.

By car it is known that there is the entrance to the new parking: the barriers have fallen because of the wind blowing strong. If you enter would remain only a loose network between me and the Mriya: Decision take it quickly and start walking towards him. Incidentally thing will never happen: at most they arrest me….

As I approach known that the downloaded material is moving towards the exit. The plane is parked nice mackerel and, once in front, I can take it back from different angles. I climb even on the wall, clinging to the network, and photographer with the aim of barbed wire and concertina. The sun is low and the light is ideal.

I walk away after about ten minutes, finally satisfied. Now I miss only takeoff.