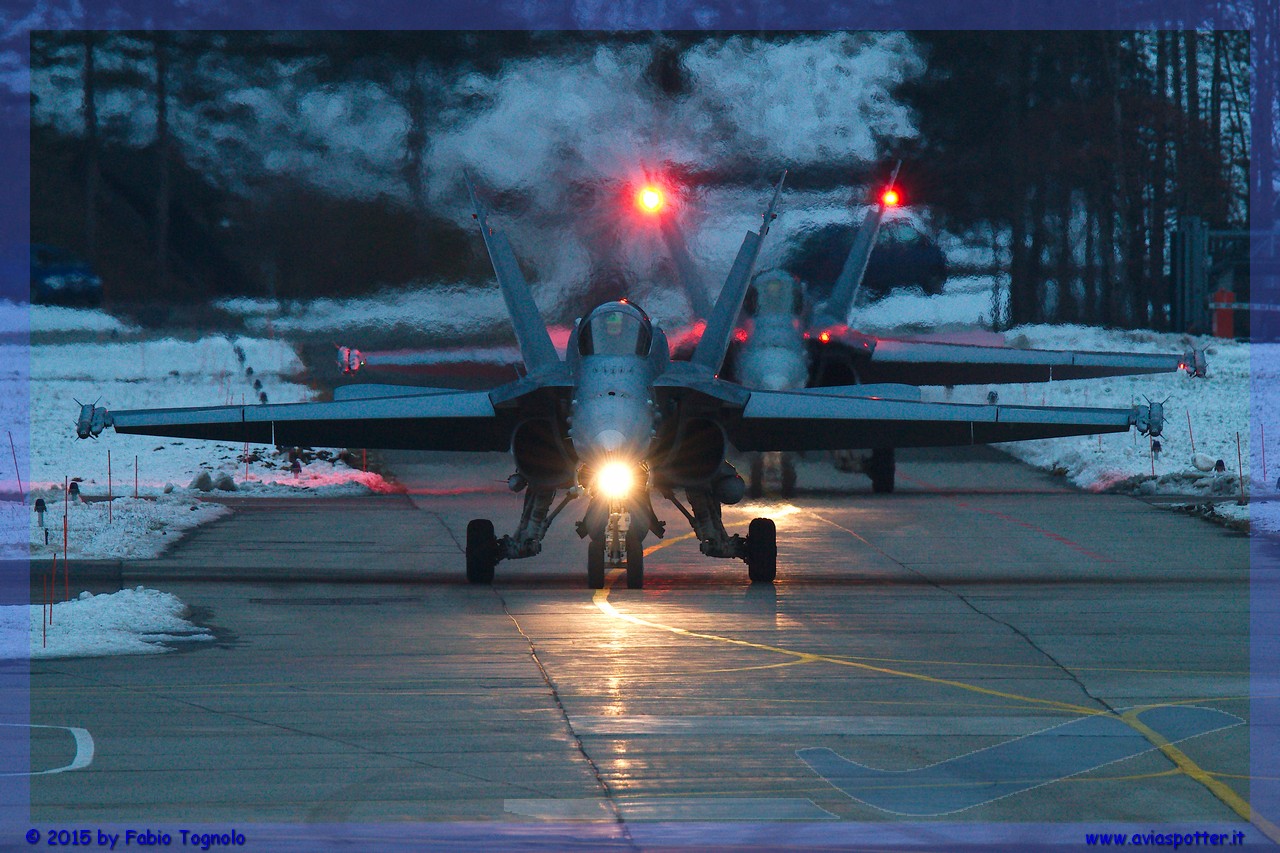 After a bit 'of time finally return to Meiringen.

The Paradise of Spotter Italics awaits me for flights of air cover for the World Economic Forum's 2015.

As usual, the Swiss Air Force committed one of its bases to provide the airplanes on flights CAP (Combat Air Patrol), to prevent hostile aircraft can bring problems over the skies of Davos as the WEF takes place, one of the most important meeting of the world, with the participation of dozens of characters of the economic elite.

Already 2 Meiringen years ago had been chosen for this work (and even then there was Aviaspotter, the service here) and last year it happened to Sion. This year's round would be touched but in Payerne, probably to rest means and men after the great commitment of AIR14, the ball is returned to the base of the Canton of Bern.

The scenario is that winter to which we have become accustomed: Name, cold and low clouds.

We arrive before 9,00 but the activity is already hectic. The planes take off in pairs, all with live weapons. As already seen 2 years ago, the Hornet flying in mixed configuration: one 2 Sidewinder AIM 9X e 2 Slammer under the vents, addition to the tank ventral. The other, instead AMRAAM left, ha un pod AN/ASQ-228 Advanced Targeting Forward-Looking Infrared (ATFLIR), used as IRST for recognition at the sight of the distant target.

Gli F 5 flew with 2 AIM 9P at the ends and a reservoir ventral.

As in past years, tanks of F 18 reported the writing with reference to any intruder to tune the frequency the international emergency (121.5 MHz) to receive any instructions from the interceptors and air defense sites.

This year, all takeoffs were done with afterburners lit. 2 years ago, Only F 5 used them.

At the end of the day there was also an unscheduled exceptional, fortunately with a happy ending: F 18 Hornet (the 5016) made a landing very "heavy" damaging the main gear. Immediately ridecollato (with abundant use of AB) has returned after about twenty minutes with the hook down and has hired the cable, finishing the race after landing a few meters and no further damage. Unfortunately the light was now very little, and the photos are not the best.