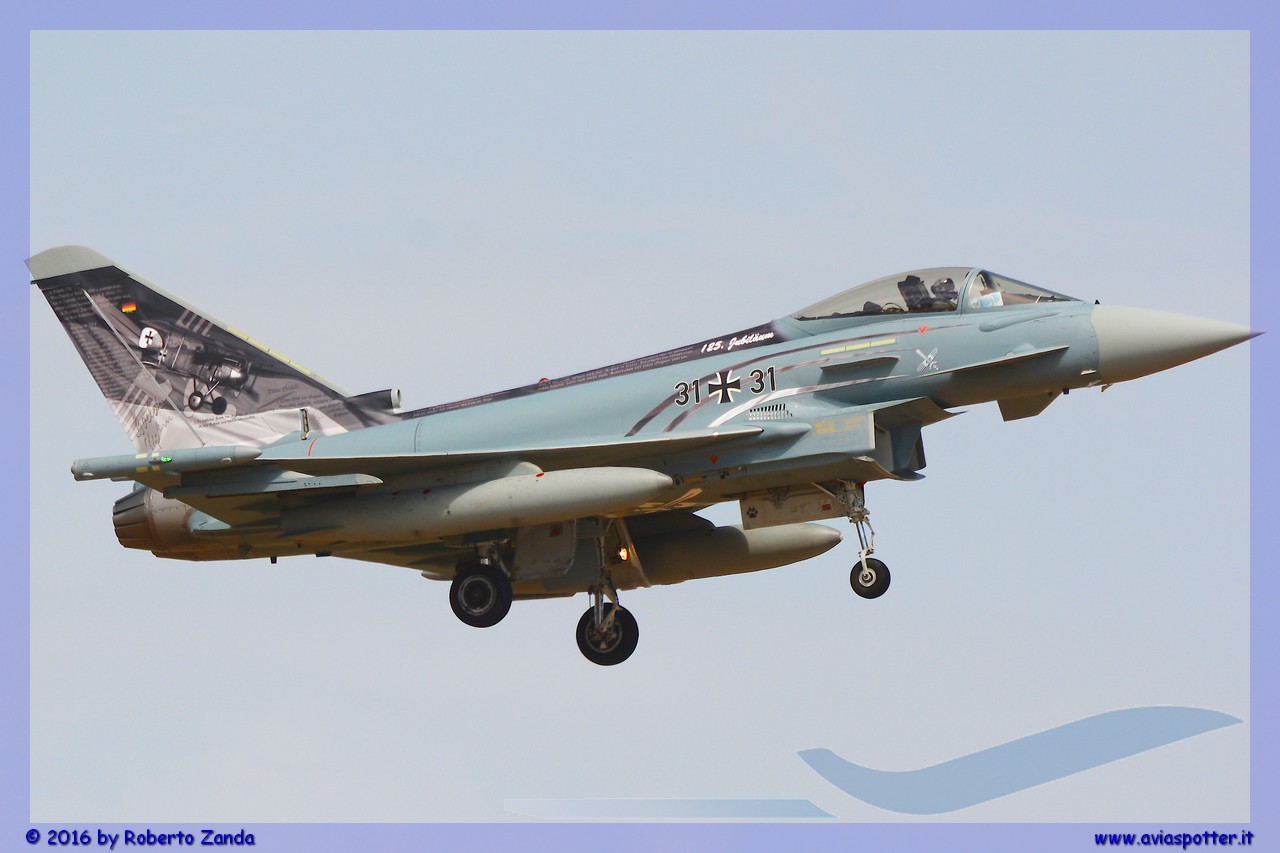 As part of the redeployment of the Luftwaffe in Decimomannu, after the A 4 Skyhawk yesterday, They arrived this afternoon some EF 2000 Typhoon from their base in Nörvenich.

Shortly before 15:00 it is in fact presented on the field sky a formation of 3 esemplari di Euro Fighter del Tactical Air Force Squadron 31 “Boelke” coming from the North Rhine-Westphalia. Already from the lower surfaces it is understood that the head-formation was the aircraft Special Color “Spirit of Oswald Boelke”, painted to celebrate 125 years German ace.
After opening the planes are presented for landing runway 35, prima lo Special, then a two-seater and finally a single-seater.

The right side of the drift, visible during landing, Albatros features a reproduction D.II, the plane on which Boelke was flying at the time of his death, the 28 October 1916, and ace signature. The other copies wore normal operating livery Luftwaffe.

once again thank my friend Roberto Zanda from Decimomannu who delights us with these fabulous images. We hope to have more in the coming days. Stay tuned.

AND’ PURCHASING NEW HUNTING FOR SWITZERLAND

2020 – THE MANEUVERS OF THE TRICOLOR ARROWS, THE MORE ACROBATIC PATROL’ BEAUTIFUL OF THE WORLD