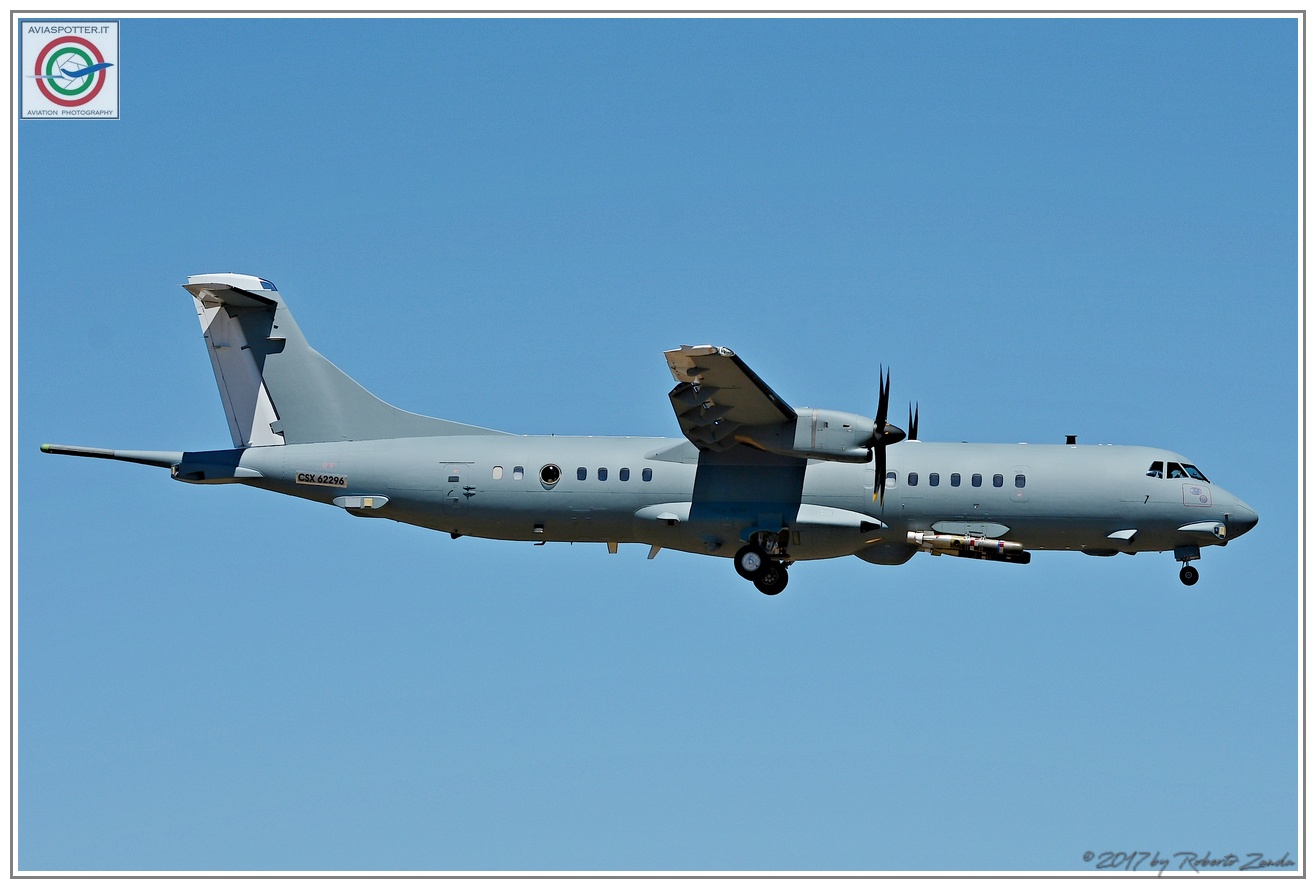 Our agent in Decimomannu struck again.
In July this year have made the appearance to Tenth some very interesting subjects and the legendary Roberto Zanda does not fail the mission.

The first prey was the P 72-600 TMPA (Turkish Maritime Patrol Aircraft) breeze 3 who stopped a few days to do some tests.
Even with the provisional registration, however, he sported a full complement of antennas Thales AMASCOS system (Airborne Maritime Situation & Control System). This system is not present on copies Italian aircraft (as you can see in the photo shoot which), that they are optimized for different missions. The AMASCOM includes new features such as: datalink Link 16, RETURN (Automatic Identification System) and arms control system, including new torpedoes
A 244S, whose statues are seen hanging under the fuselage pylons. As can be seen from “sting” on the tail, there is also a MAD and, inside the fuselage, It is comprised of a rotating sonoboe pitcher.

The second catch was the Piaggio P 180 Avanti II Coast Guard, Here again landing. This aircraft is equipped with FLIR and is used especially for monitoring migratory flows in the Mediterranean.

They could not miss the AV 8B + in the Navy that in July conducted a redeployment on the Sardinian base for some exercises. The Roberto shots are landing with some really interesting views from below.

Finally AW 139 Coast Guard, this year a regular on Tenth. The Italian GC is very satisfied with these helicopters equipped with an external winch, Weather radar and research, satellite communication system, barycentric hook, FLIR, Next Generation searchlight and emergency floats. The first units were delivered in 2010 aeropea followed in a race and a second batch began arriving in 2014 bringing the total number of copies delivered to 12.

The scorching temperature di quest'estate, unfortunately, leave little room for image sharpness but I think that our friend Roberto and his trust Nikon have still done a great job

2017 – A Lakenheath a spottare i Raptor by Irene Pantaleoni