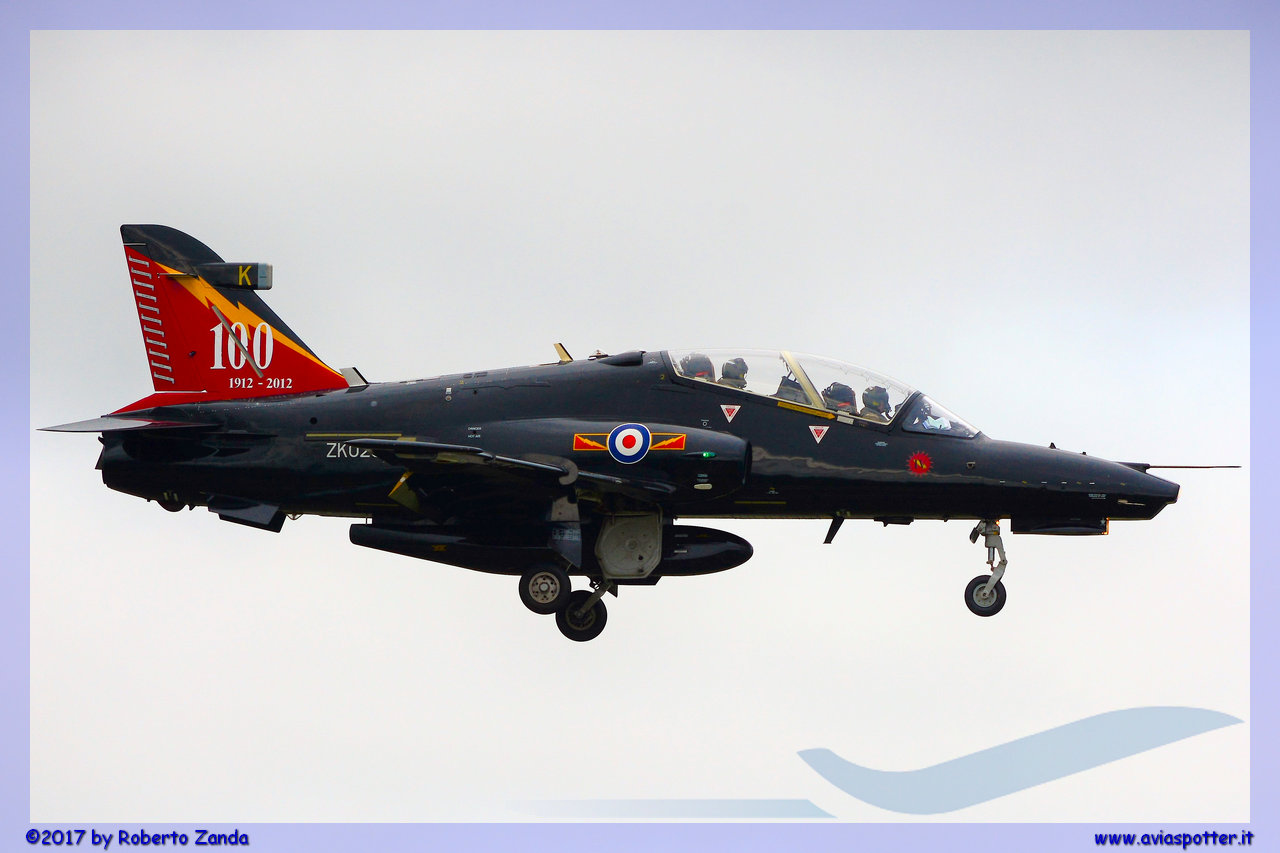 After the final departure of the German detachment Sardinian airport movements are very reduced.
Luckily, thanks to its central location in the Mediterranean, the sediment continues to be used during extra long transfer flights, and sometimes it can still happen some interesting subject.

In this case the friend Roberto Zanda send us photos of the BAe Hawk T2 of the Royal Air Force landed last 8 February. The special feature of this aircraft is the special color, which sports since 2013, to celebrate the 100 years No. IV Squadron.

Le foto, taken in the late afternoon winter, I am a bit’ dark but, in my opinion, however particularly interesting.

The "no. 4 Squadron was formed in 1912 based on Farnborough within what, then, si chiamava Royal Flying Corps e operava con un misto di Royal Aircraft Factory B.E. 2 e Breguet Biplane. He fought the Iª World War with these airplanes, concluding on B.E version. 8 del R.A.Factory.
During IIª War took charge at the start of ground attack in Continental Europe with its Curtiss Tomahawk and North American P 51. In the 1943 its specialization passed to the low-altitude reconnaissance, equipped with Mosquito PR. XVI e Spitfire PR. XI which ended in the operations 1945, stopping to Germany where he helped to form the Allied occupation force.
He returned to homeland, a RAF Cottesmore, in 1999, after a name change and mount several times. It was reconstituted on the RAF Valley 24 November 2011, No from the ashes. 19 Squadron, with advanced tactical training tasks on the British Aerospace Hawk T2.

We use cookies to make sure you can have the best experience on our website. If you continue to use this site we think you to be happy.OkRead more