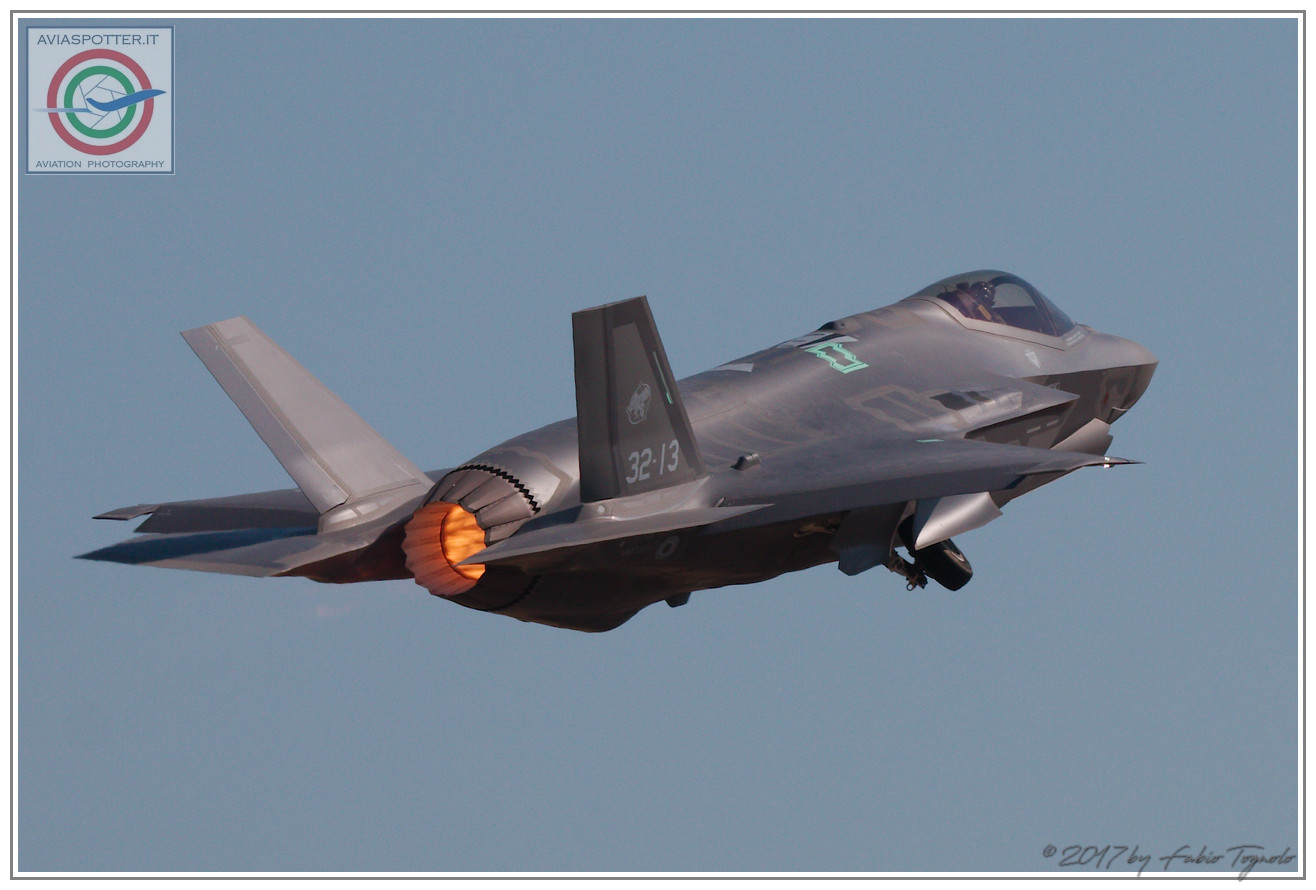 It took place last 24 June, on the airport “Corrado Baccarini” Grosseto, seat of the glorious 4 ° Stormo, the presence of the Chief of Air Staff, General Air Squadron Enzo Vecciarelli, the Gathering to celebrate 100 years of life 5 our Air Force Groups.
The groups were celebrated the IX, X, XII, XIII e XVIII.

L’evento, held the day before the Air Show in Marina di Grosseto, It was also the occasion to present the new Lockheed Martin F 35A Lightning II to the press and fans, with the colors of our Air Force, XIII equips the Group of 32 Squadron, first group in Europe to be equipped with the new hunt for 5th Generation. In Grosseto were present 3 AOS specimens present in the file at this time in Italy. The others 4 are delivered in the US to allow the training of pilots.

The event was characterized by a small static display where there were a specimen of each plane in livery Special Color for each of the 5 celebrated Groups. Then 4 Typhoon e 1 F 35A. The EF 2000 had both fuselages that the queues in bright colors. The Lightning II brought a much livery “modest life” with only the left comes decorated with Donchisciotte “Head down”.

The highlight of the gathering was the magazine of CSMA, Gen. Vecciarelli, to a deployed armed picket in front of the static and the flag while a flight consisting of 5 Aircraft of the celebrated Groups carried out an overflight in training.
It’ This was the only time of day to photograph, Also on the ground, the part “Special” dell’F 35. Unfortunately the heat reverb on the track a sharp recovery has not allowed.

The day continued with the performance of the Department Eurofighter Flight Test that, in 8 minute flight and abundant use of the afterburner has, always eats, abundantly he exhibited its air volteggiatore qualities.
After the RSV display media representatives have left the airport area for lunch to recur in the early afternoon in a new location, ie on the other side of the track, in favor of light, to resume takeoffs and landings of aircraft engaged in the Air Show evidence of Marina di Grosseto in program, as already mentioned, the next day.

It’ It was an opportunity to resume, by privileged position, the EF movements 2000, F 35A, Tornado Special Color dell’RSV, T 346 Master, F 16 the Belgian Air Force, The 39 the Breitling, T 6 Texan e HH 139.
Eventually, crowning an absolutely fantastic day, it was also possible to return to the static display in order to resume the detailed exemplary Special Color.

We would like to thank the Air Force for the opportunity given to media representatives to attend the event. You particularly want to thank Stefano Testa Captain, Information Office of the Air Force, for their understanding towards the photographers and the willingness on several occasions.