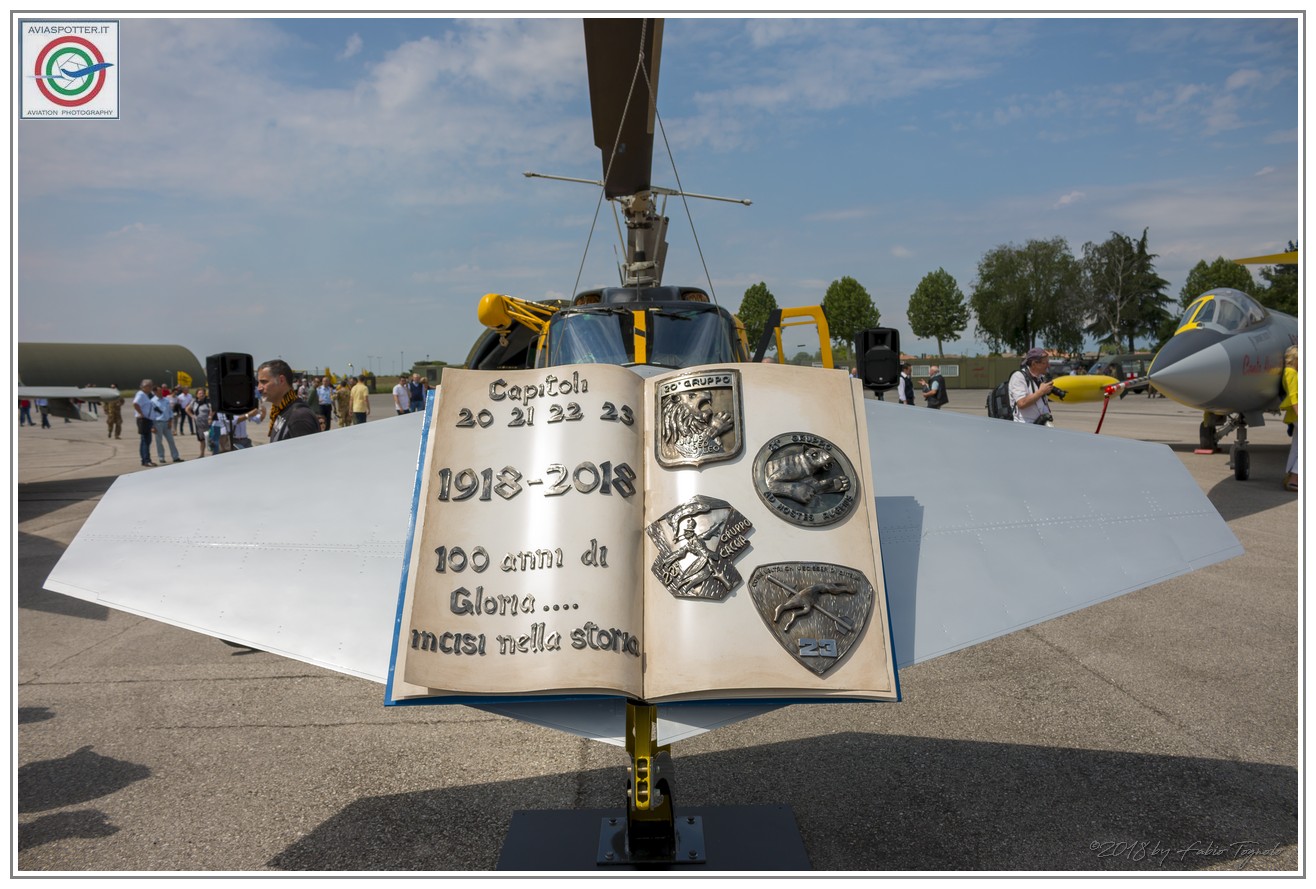 Last year the celebrations were done in Grosseto, where the IX, X, XII, Thirteenth and eighteenth AOS Group celebrated the century of age.
This year it was in Istrana where Groups “Twenty” (XX, XXI, XXII e XXIII) cut the same goal. 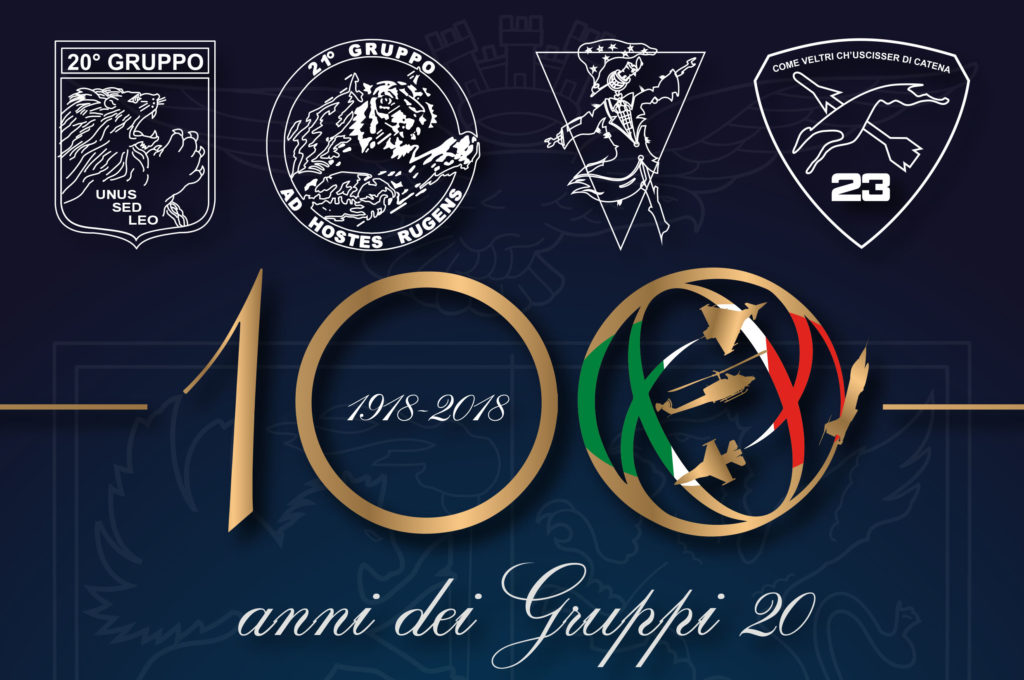 The event was characterized by a common gathering in all Groups. To celebrate properly were prepared 3 Aircraft Special Color: 1 Typhoon tandem with the colors of the XX, 1 HH 212 with those of the XXI and an F 104 “double-face” with the colors of the XXII and XXIII Group. They were present on the airport, to bring greetings and best wishes of the other Flocks of our Air Force, Also other aircraft: 1 AMX 51 °, 1 Tornado IDS del 6 °, 1 F 35 of 32 ° and a 15 ° HH101.

The ceremony was short but intense meeting was chaired by the Deputy Chief dell'A.M., Gen. S.A. Seventh Caputo.
It took place in front of 3 Aircraft Special Color, the troops deployed and the large audience intervened. The ceremony, in the highlights, It was first flown over by a pair of Typhoon twentieth Group (a mono and a two-seater) and then by 2 HH212 who have made a right opening above the gathering.
At the end of the ceremony it was discovered the monument to commemorate the event, It represented on the pages of an open book, bearing the coats of arms 4 celebrated Groups. The book lies above the horizontal plane of 1 F 104 Starfighter, Air mythical horse that was all 4 Groups for many years.

To round off the ceremony the Tricolor Arrows have performed their flight, sealing the top program this beautiful day of celebration