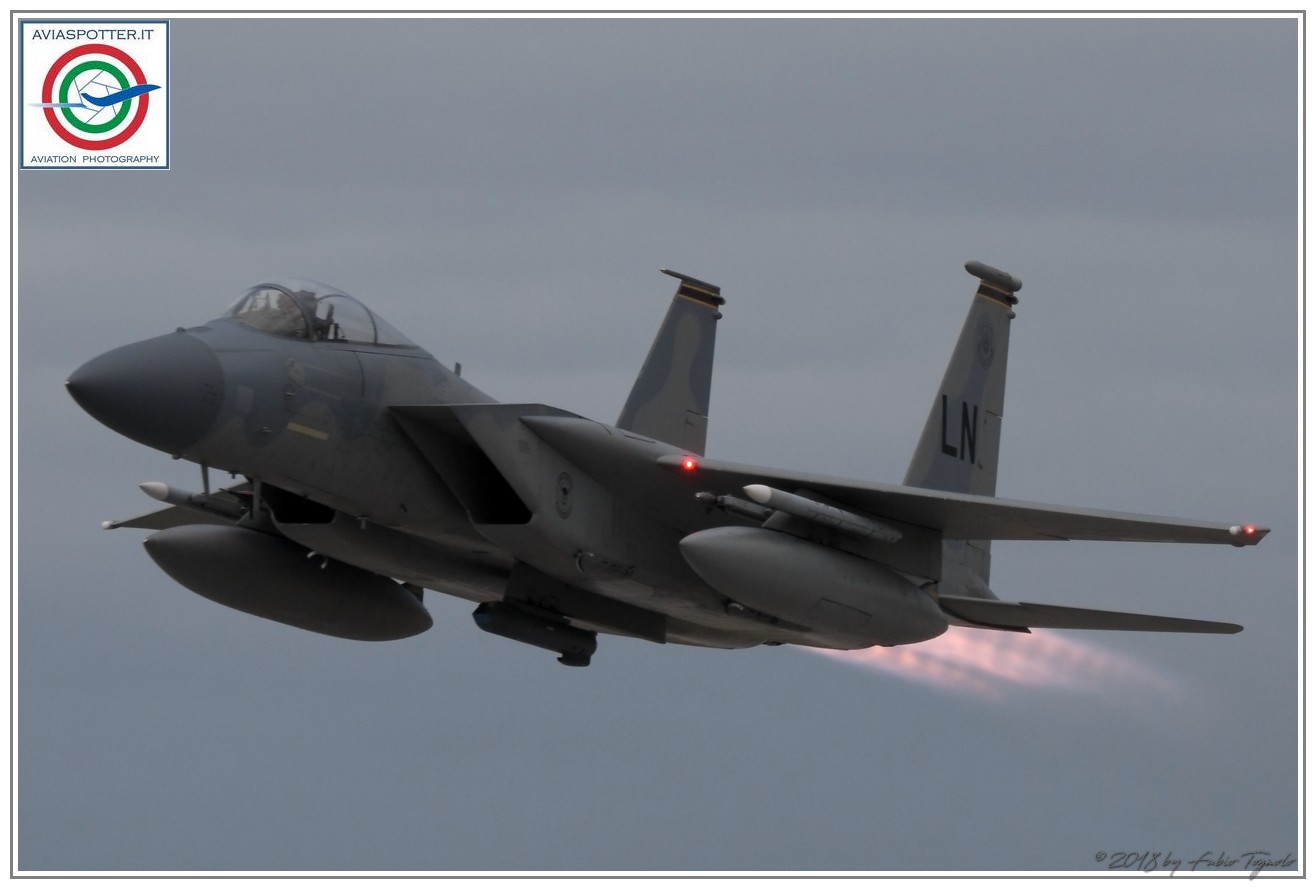 The appointment is at 10:00 at the gate of the Base. I have been following the weather for the past 10 days and, for today, not bode well: wind with tips 25-30 knots and overcast sky. In fact, I arrived there the wind, beautiful strong and cold, but the clouds are not compact and some blue sky is visible spark between them.
punctual, to 10:00, come the Air Force men who accompany us during the day. Start the distribution of passes and we are informed of the program. We go with the cars and parked just beyond the entrance and then be picked up by a couple of coaches (We are about a spotter eighty accredited) accompanying us to the noncommissioned officers club.

Amendola is a huge base. His 1050 hectares make it the largest Air Force and the 2nd largest military airport in Europe, after that of Ramstein, in Germania. Currently home 2 flight Groups: 13 ° Unit with Lockheed Martin F 35A Lightning II and the 28th April Group has MQ9-A aircraft (Predator “B”) e MQ1-C (Predator “A+”). This budget is the 32nd Wing the most modern of the Armed Forces. From the Flock of Amendola also it depends on the 61st April Group, currently it based in Sigonella Base, in Sicily, he also equipped with MQ1-C (Predator “A+”). Moreover also it resides on the base 632ª Squadron links, It equipped with various versions Aermacchi MB 339, in order to allow pilots APR aircraft also adequate training aspects of traditional piloting aircraft. The airport has been affected in recent years by a number of works that have significantly changed since the days when, on the same, They flew tens of AMX and, before, G 91T.
shelters were built for Predator, above all, It was built the citadel for the F 35. All these facilities have literally shaken the landscape and, immediately, They give the impression of being in a place modern and highly advanced, and it can not be otherwise seen aircraft that live in the sediment.

To return to our day, after a brief stop at the club, we accompanied to the meeting room where we are instructed on safety issues and those related to the peculiarities of the places and the aircraft that will allow us to deal. It’ natural that, saw particularly high-tech aircraft and the infrastructure Amendola, The AOS men to be especially attentive to the information and photographs coming out and then the recommendations in this regard are particularly cured.
We come then re-boarded the bus and go back to the noncommissioned officers club to have lunch and, about 13:00, accompanied to the car to pick up the photographic equipment.
Finally he begins. Unfortunately the weather had a steep decline: the wind got worse and the sky is definitely covered. Taking photos will be very difficult.
We arrive at the place reserved for filming: we are on a fitting which cuts the track 2/3 the length from the threshold 29. The barrier that marks our advancement limit is about 150 meters away from the runway: we hope that the planes, taking off, be held low.
The light, despite being in the early afternoon, is very little and the cold lash us to the big wind. We begin to be doubtful about launching the wave and the quiet presence of the Gulfstream G 550 CAEW (usually the first to go and the last to return) only fuels our doubts. Shortly after 14:00 the bad news: due to bad meteorological conditions on the sun will fly zone operations forces “Red” and thus these only ten takeoffs, among which no F 35. The disappointment is strong but the hiss begins to be felt by P&W F 100 the F 15C parked in front of us we are heartened. The ISO cameras are raised in order to keep the lowest time possible but the light is very little. Meanwhile lands a C 130 Belgian Air Force 15th Wing in a fabulous color to celebrate Special 70 years of the existence and the Wing 45 years of service Hercules: a real treat. We see the American Eagle taxiing on the opposite side of the track to move to the holding position and, Finally, part of the carousel. The time between takeoff and the other are very short: within minutes they go up in the sky 4 F 15C dell’USAF, 2 F 16 Netherlands, 2 M 346 Master e 2 IF 2000 Typhoon Italian and 1 F 16 Belgian. 11 aircraft in total to add the Learjet GFD with radar Cassidian and ALQ-119 electronic countermeasures pod for. The loot is very thin and the discomfort is great. Fortunately inform us that, for tomorrow, It is expected to return (for those who can stay) to watch the wave of 29. We hope for an improvement in the weather.