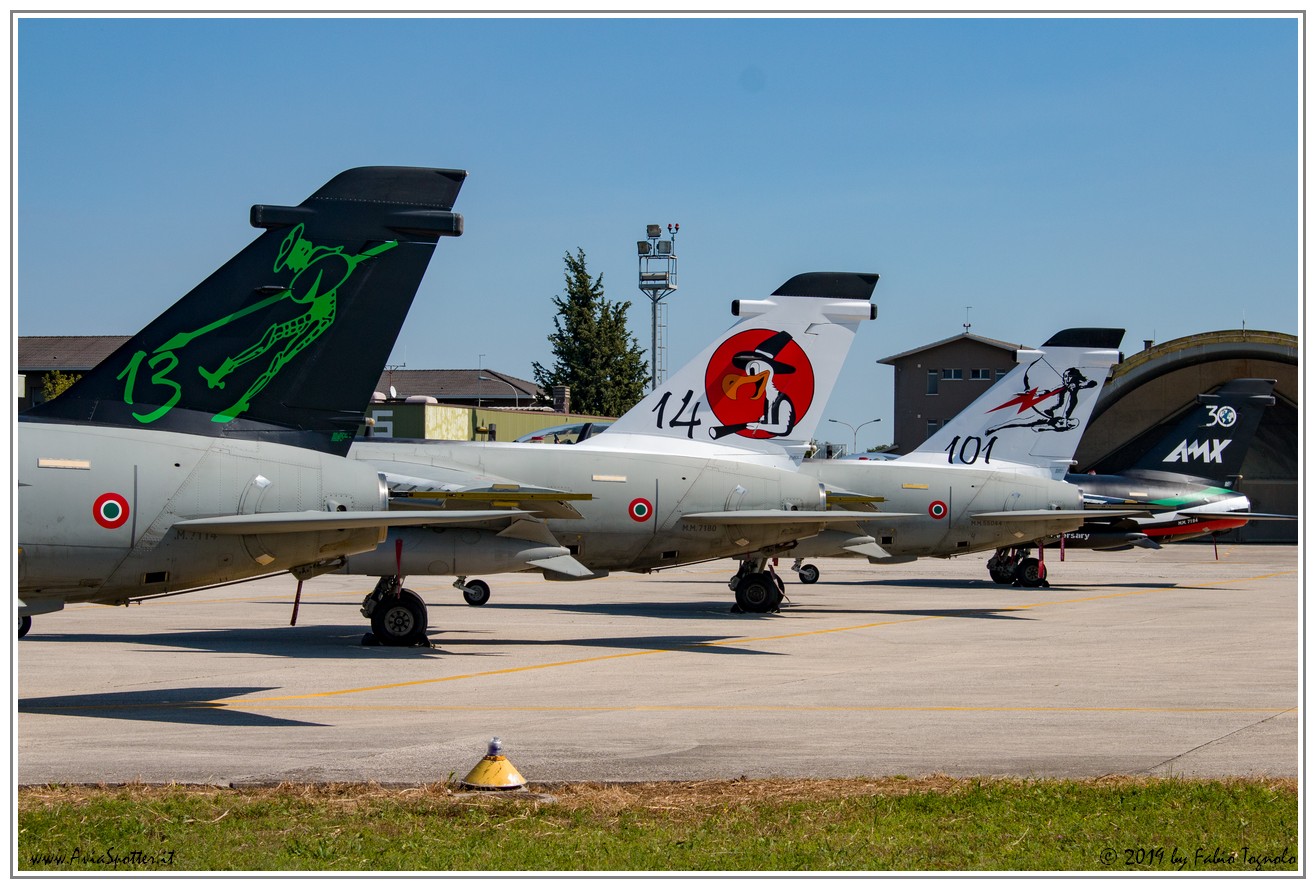 They ended today, on the only Air Force base that hosts them, the celebrations for the 30 AMX years of operational service. The event saw the participation of thousands of people, came from all over Italy, desire to participate in a demonstration of affection for this machine that has given so much during use, especially in recent years.

L’A-11B Ghibli (according to the official name of the Air Force) He began his working career in Italy (the other user is the Air Force Brazilian) in November 1989, within the 103 ° Gruppo of 51 ° Stormo, right on the grounds of Istrana. After some initial problems which meant the grounding of the entire fleet 1991 and 1996, and after changes to the standard ACOL (Adaptation Capacity and Operational Logistics) in 2005, the machine has reached full maturity, gaining consensus both among the main users (Italy and Brazil), both between the Allied Aeronautical who appreciated the performance.

He has participated in several military operations abroad (Bosnia 1995, Kosovo 1999, Afghanistan 2009, Libya 2011) always showing his qualities as a lightweight fighter but generous in benefits and, especially through updates and avionics equipment (is equipped, among other things, del bridge Litening III, for target acquisition and guidance of smart bombs), precise in “deliver” loads.

Returning to the day of celebration in Istrana, The base was opened to 08:00 and immediately the public for special occasions has been poured inside. On the central square of the airport was a rich static display was prepared with all the assets of the Air Force combat, the new F 35A Lightning II, al Typhoon, elderly but still valuable Tornado, including trainers and Master T346 MB 339 (static were present in a C and a PAN). Finally, They were present on the grid a P 180 Forward, ubiquitous S 208 and a flaming HH139 of 15 ° Stormo SAR.

The biggest surprise was one of the 2 Typhoon deployed, that hoisted the insignia of 51 ° Stormo, both as fuselage codes like crest on the helm (the famous black cat grabs the green mice): It is now some time that we talk about a reactivation of 102 Squadron within the 51st Wing, with a budget of Eurofighter to protect the eastern side of the peninsula, and this specimen appeared to confirm that these intentions are to translate into reality.

A few minutes before 10:00 He has made the appearance in the formation sky “Legend”, composed of T 6 Texan, G 46, SF 260 e MB 326. After a few steps the planes are separated and have made some steps at low altitude before landing take.
All 10:20, puntualissimi, They took off the hosts with 4 AMX Special Color e 3 specimens in the normal gray color that, united in formation, they did a ride along with the Frecce Tricolori in the meantime had come from the nearby base of Looking.
After the separation of 2 formations Arrows held the nose up in the air for all participants 20 minutes of their performance, As always perfect.
After their landing have recurred AMX that, after a passage, They are brought landing and, after the runway taxiing before the public, parking for all the usual photographs.

What about: a beautiful day, very well organized and with significant participation, both planes that public.

The rat (AMX fastened her nickname affectionately as, seen from the prospectus, It has the shape of the face of Mickey Mouse) He has definitely left a deep imprint in the past 30 Years of Our Air Force and is poised to lascira, in the next years, the way for the new F 35. Definitely we will not forget.