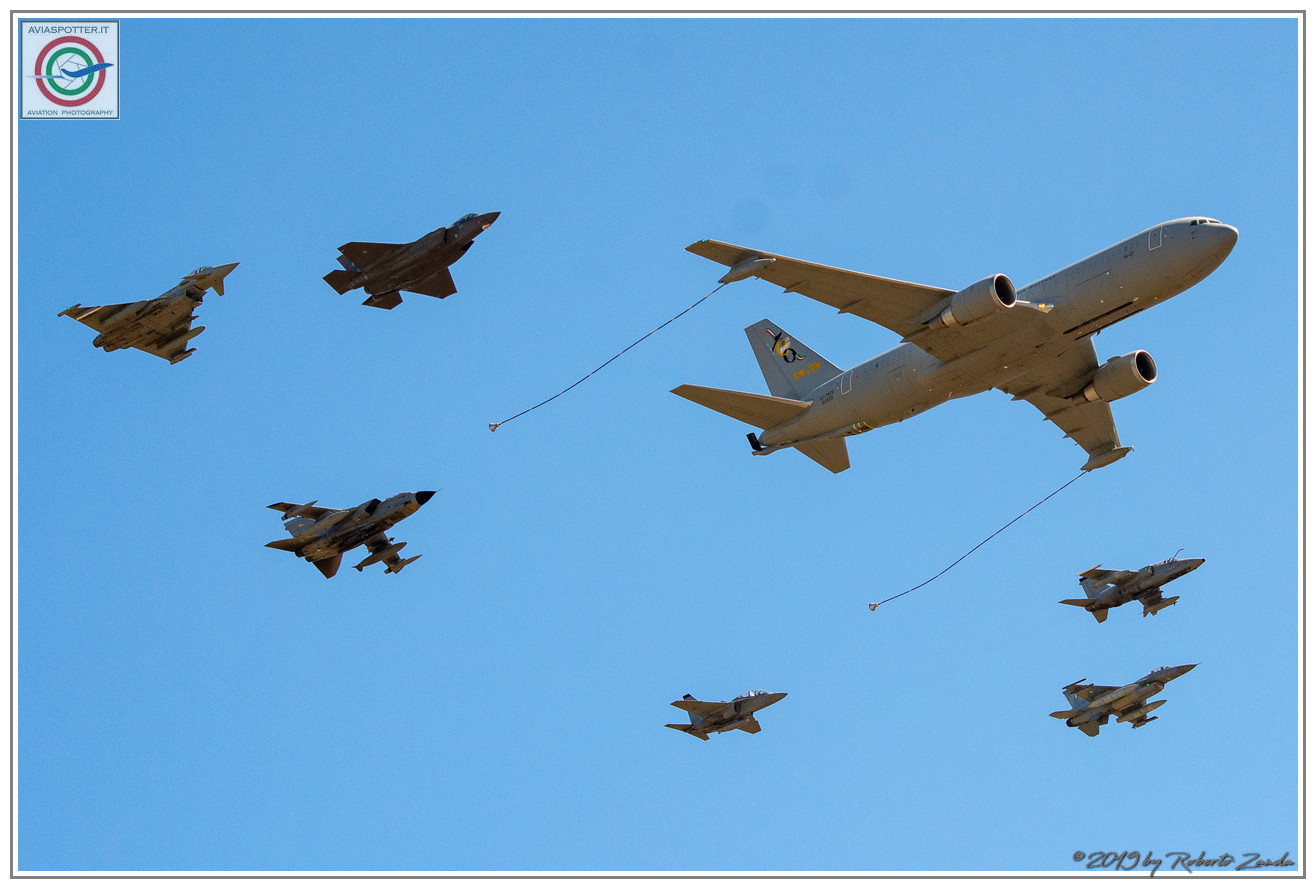 It took place, from 13 to the 31 May, using the exercise areas of Sardinia, the largest Italian live year exercise, la Joint Stars 2019.

Already in the days before exercise, the airport has been at the center of a strong traffic. He made an appearance even the King Air 350ER, the rare and little photographed AOS platform specializing in ISR missions (Intelligence, Surveillance, Reconnaissance).

The Joint Stars is an exercise designed to train the various arms of the Armed Forces to the scenarios that you might define in future domestic and international operations.
At the Airport of Decimomannu they were displaced most of the air assets: Tornado, AMX, T 346 e P 72 Air Force, F 16 belonging to the Hellenic Air Force 336 Sqn “Olympus” e V 22 Osprey Marine USA. Also present were HH 101 the HH 139.
Besides airplanes and helicopters of the Armed Forces mentioned they took part in the exercise also aircraft of the Italian Army, Navy, Carabinieri and Guardia di Finanza.
Also present was a Dassault Falcon 20 of Cobham Aviation Service with pod ALQ 167 which he involved radar and radio equipment by jamming interceptors and radar deceiving. Other Airline Participants also starting from their normal bases: Typhoons from Gioia del Colle, Grosseto and Trapani, C 27 e C 130 from Pisa, KC 767 e G 550 CAEW from Pratica di Mare.

The day 30 May, finally, the presence of the Minister of Defense Thirty Elizabeth and the Chief of the Defense Staff, Gen. Enzo Vecciarelli, It was organized a Media Day, in which it was proposed an event that saw the participation of all the above components, both in dynamic events that on static display. various operations have been simulated, the arrest of some criminals by the Guardia di Finanza, employment by paratroopers from the Italian and US Hercules and aviosbarco CH 47D and V 22 supported by the Italian Army and Mangusta, subsequently, dai jet AMX, Tornado and F 16. 50 minutes of really intense operations, He concluded from the passage of the troops in formation who participated in the events.

All photos were taken Envoy of AviaSpotter.it, Roberto Zanda, whose constant presence allows us to display all photos in the gallery below

Acknowledgments
We wish to thank the General Staff of the Defense and Captain Sara Rips, Office of Public Information AOS, for the opportunity granted and continuous and active cooperation.