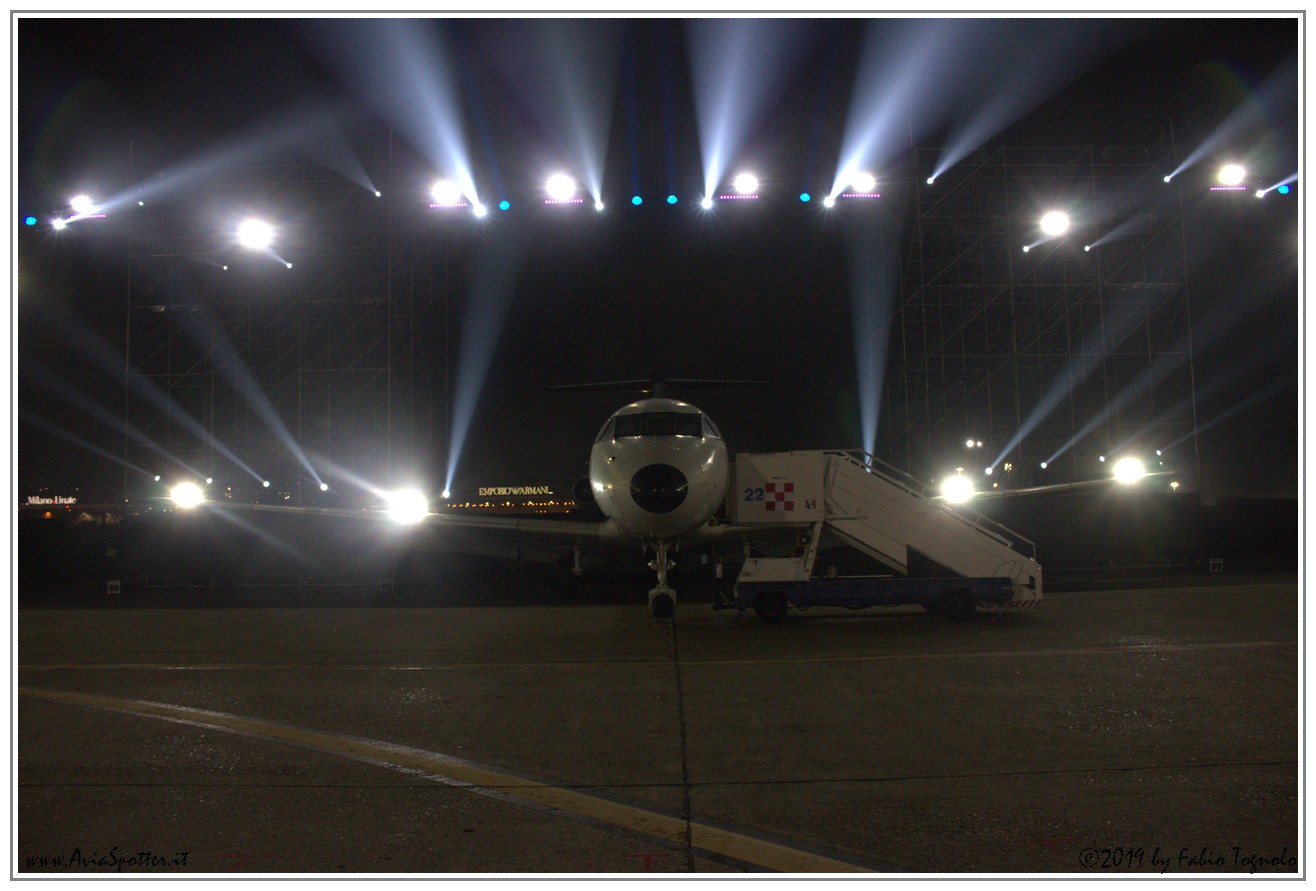 Many of you have already seen, all’Air Show di Linate, as a backdrop to the musical performance of Rockin'1000 or the final concert of Cristina D'Avena. The word that stood on the side left little imagination on the destination of the aircraft but many have wondered when it would come. Well…..the wait is over. After a night journey from the square Air Force Linate to the lawn Volandia, the little three-engine is “landed” Volandia on the lawn, the brief, It can be visited by all.

Unfortunately, the travel and accommodation of the aircraft were accompanied by incessant rain that has really put a strain on the nerves and patience of the volunteers of the Friends of Volandia that dealt disassembly, transport and reassembly of the Codling, as he was dubbed by NATO.

Lo Yakovlev Yak 40 It is a small three-engined jet straight to low-wing, It developed in the Soviet Union in the years 60. The first flight of the prototype was carried out 21 October 1966 and he remained in production continuously since 1967 to the 1981. The aircraft has STOL capabilities (short takeoff) and it requires minimal ground support, being completely independent, both as regards the internal systems both as regards the external ones (was one of the first jet to have a built-in ladder for boarding and alighting of passengers)
It was developed to replace the many Lisunov Li 2 (copy of DC 3 / C 47 Dakota has the ricani) and The Iliushin 14 They are flying at that time on all the immense Russian territory. He entered the service nell'Aeroflot, the Soviet national airline, the 30 September 1968. Production ended in 1981, after the Saratov factory built more than 1000 specimens. Gli Yak 40 dell’Aeroflot, in the course of their career, They carried more than 350.000.000 passengers! I 3 turbofan da circa 1500 kg of thrust each allowed in this aircraft, which could weigh up to 16 tons at takeoff, to go up to 550 km / h top speed.

several Codling (This was the name given by NATO aircraft) They were exported around the world and some even reached Italy. Among them, the specimen now Volandia that, after flying until years 90, first in the Soviet Union and then in Russia, Italy reached with the freshmen who still carries on the tail (EL-CAR) and it flew up here in the late 90. E 'was stuck on the ground for various bureaucratic and economic problems, ending at auction for € 55,000 in November 2009. The auction went deserted and to this day the plane remained on the lawn of Linate.

Thanks to my friend Roberto Miriani we can to share the arrival and subsequent replacement aircraft.
In addition we present some details and, above all, photos of the cockpit. The plane shows all his years but the interiors are stunningly beautiful

2020 – Once again, the Imperial War Museum in Duxford

IN-FLIGHT REFUELING OF THE F 35B LIGHTNING II