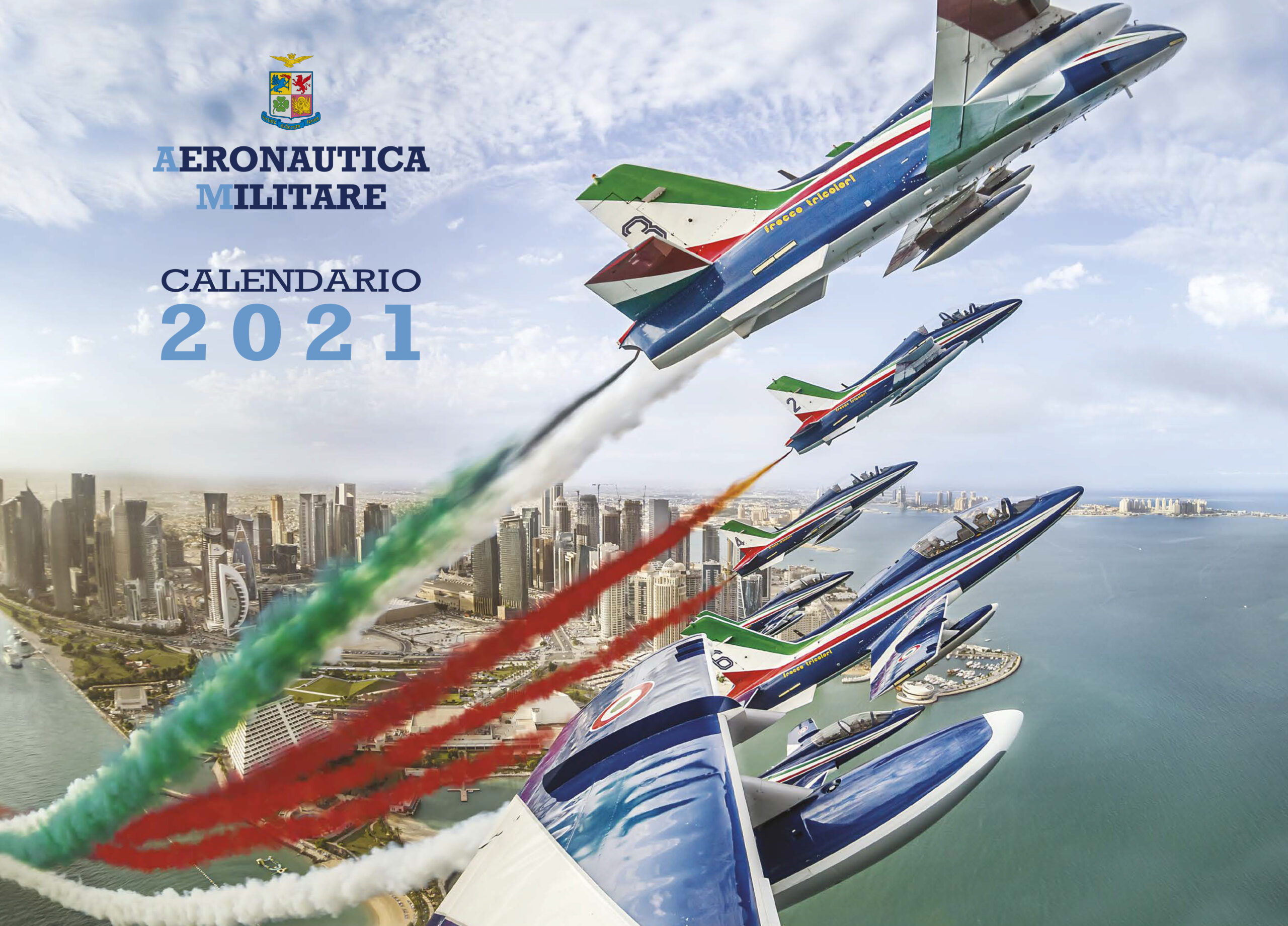 MILITARY AERONAUTICS CALENDAR 2021: 12 MONTHS TO TELL THE COMMITMENT IN THE SKIES OF THE WORLD

Gen. Rosso: “If you want to go fast, go alone, but if you want to go far, go to the team! I think this is the message that best underlines all the activities that the Air Force carries out for the country every day. "

Activities outside national borders - from Kuwait to Iraq, from Iceland to Lithuania, from the United States to China, up to Antarctica – and the symbolic “Tricolor embrace” the National Aerobatic Team, testifying to the commitment and closeness to the country in this moment of emergency: these are the main themes of the Calendar 2021 Air Force, presented today - on the International Day for the Elimination of Violence Against Women – live streaming on the YouTube AM channel

Twelve months for twelve themes, with a single common denominator: the ability of the Air Force to project its technological and human heritage, in terms of professionalism, skills and values, wherever in the world it is necessary and useful to the country. A world, now facing an unprecedented health emergency, in which the Air Force has continued to carry out all its tasks to contribute to the maintenance of peace in crisis areas and where it has honored both operational and training commitments within NATO and the European Union, to consolidate not only the capabilities of the national aero-space instrument, but also the links and collaboration with friendly and allied countries. A commitment at various latitudes of the planet that was also necessary to bring concrete help to one's fellow citizens in this moment of serious emergency, alleviating suffering and saving lives through humanitarian flights, the transport of medical devices, special bio-containment flights for the repatriation of Italian citizens affected by the virus.

"There is a motto that says if you want to go fast, go alone, but if you want to go far, you go to a team that I think fits well with the message we wanted to give with this calendar. I think it is the message that best underlines all the activities that the Air Force carries out for the country every day, even more so in a moment as complicated as the one we are experiencing. Team up and be close, which today more than ever also means a community of intentions between institutions, with the pride and satisfaction of working together”. These are the words spoken by the Air Squad General Alberto Rosso, Chief of Staff of the Air Force, during the presentation at Palazzo Aeronautica, became on this occasion - for obvious reasons related to the Covid-19 emergency – the set of a small television studio set within the prestigious historic rooms of the headquarters of the Armed Force, of which right in 2021 recur i 90 years of the inauguration. “My thoughts and thanks – concluded General Rosso –  goes to the personnel of the Air Force, in particular to whom, like every Christmas, like any party, like every day of the year, carries out its service in Italy and abroad. Mine is the pride of being part of such an important team”.

"The calendar 2021 of the Air Force tells about the activities carried out outside our borders, from the hottest places on the planet to the coldest. Behind each photo there is a story that moves, all to tell. " These are the words of the Undersecretary of State for Defense Hon. Angelo Tofalo who took part in the presentation event. "Our women and our men who serve Italy and the institutions with great dedication and a spirit of sacrifice, they are the protagonists who contribute to peace, to the stability and safety of the skies around the world. A great commitment that continues even during the health emergency linked to Covid. Today the Air Force is always at the forefront, on the field, and contributes to 360 degrees at each stage of pandemic management. " Undersecretary Tofalo concluded: "This is the Blue Weapon, an extraordinary and cohesive team that in addition to expressing a wealth of transversal skills, always shows a big heart. "

In an ideal journey through the shots and backstage video clips made by the Troupe Azzurra, the Audiovisual Production Center of the Armed Force, that through QR codes on the individual pages of the calendar it will be possible to download and review at any time, the places and missions where the aircraft were told, the crews and personnel of the Air Force have been called in and continue to work to safeguard international security, in natural continuity with the common thread of the calendar of 2020, dedicated instead to the link with the national territory.

Also for next year the editorial project has been realized in the sign of solidarity. With the continuation of the Jubilee Year for the Centenary of Our Lady of Loreto, granted by the Holy Father to all 2021 in light of the severe limitations due to Covid for the current year, in fact, the charity project will also continue “A gift from heaven”, a fundraiser promoted in collaboration with the Arma Aeronautica Association which has already totaled an important figure, in which voluntary donations from staff flow, donations from individuals and associations as well as, as happened for the 2020, part of the proceeds from calendar sales. All this will result in the purchase of machinery and medical equipment for the three pediatric hospitals ” Santobono Pausilipon” of Naples, “Baby Jesus” of Rome and “Gaslini” of Genoa.

The AM calendar 2021 Sara, in addition to, the opportunity to unveil the Centenary logo. The Tricolor and impact graphics capable of reintegrating the historical link with its futurist soul are the characterizing elements of the logo that the Air Force has chosen, among the works presented on the basis of a public competition, to celebrate i 100 years since its establishment as an autonomous Armed Force, the 28 March of 2023. “In every heaven” (“in every sky”), this is the name chosen by the author to honor the men and women who in 100 years have contributed to writing a glorious history, plowing the skies around the world. 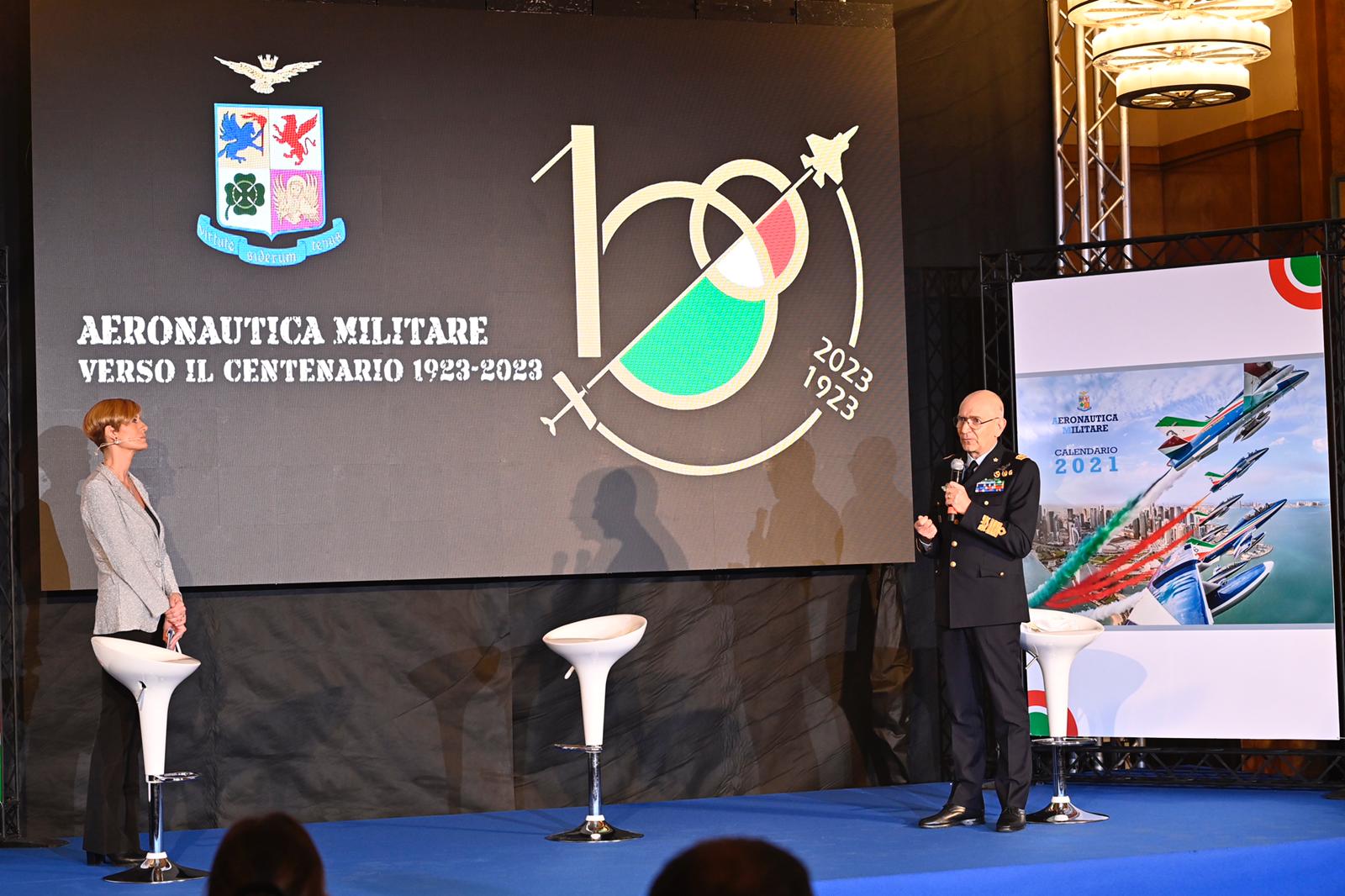