Feb 8, 2020 Friends of Volandia, Berlin, F 104, Gatow, Lockheed, Air force, Missile with a man inside, Rocket with a man in it, Hat pin, Starfighter, Money, Zipper 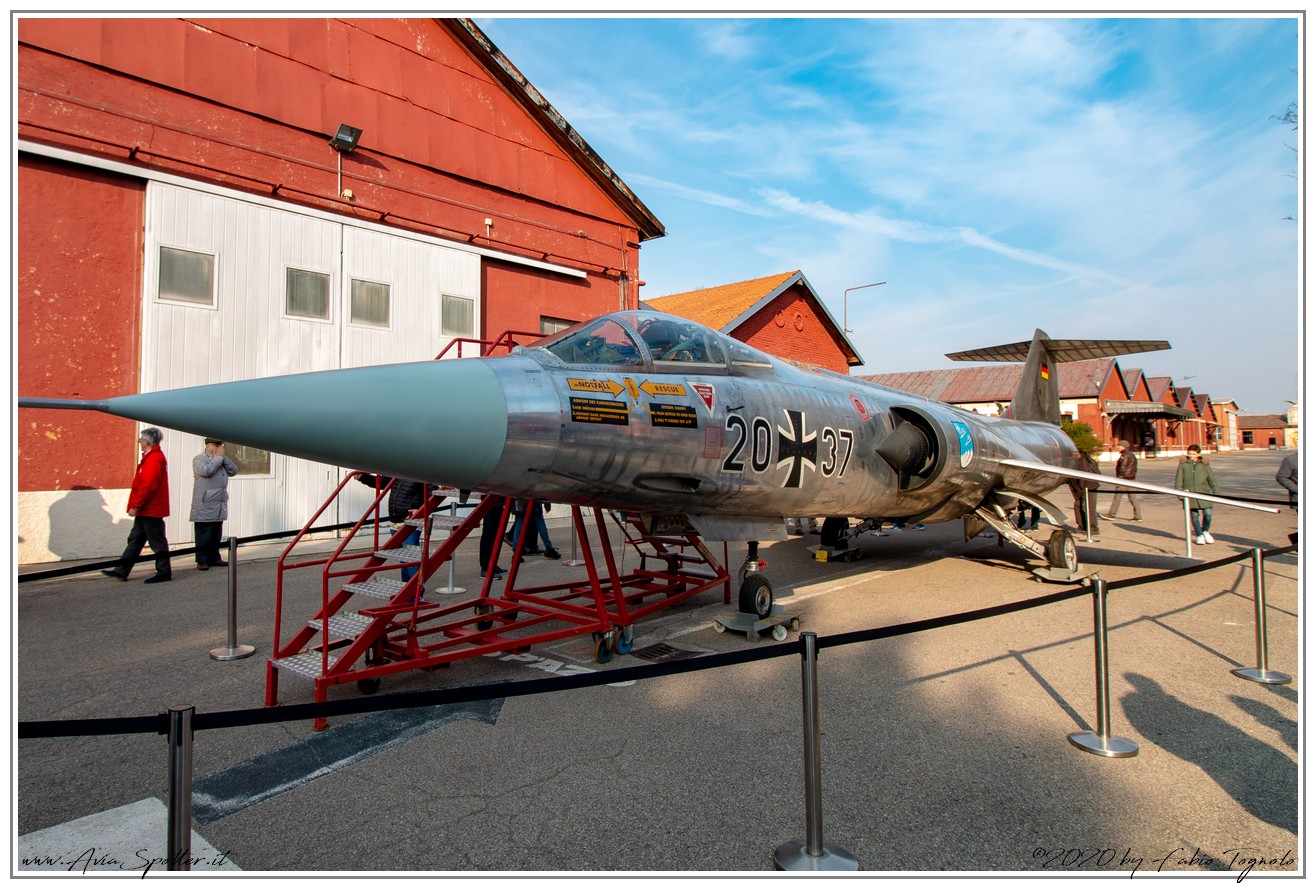 Today was an important day for Volandia: it's 104th aircraft on display, and the number was never more prophetic.
It is in fact the long-awaited Lockheed F 104G Starfighter, the iconic interceptor fighter who for many years has flown with the insignia of the Air Force.

In this case it is a Zipper in the first colors worn by units of the German Luftwaffe. The aircraft comes in fact from the Luftwaffe museum's collection in Berlin Gatow (where I had already photographed 2016, see which) who has lent to Volandia framework of multiannual cooperation.
The aircraft arrived, dismounted on a couple of trucks, last 25 January and now volunteers for Friends of Volandia him “assaulted” to bring it to public view in the shortest time possible. And indeed, in less than 2 weeks, we could riammirarlo.

Recall that the F 104, in various versions, He manned the Air Force from March 1963 until May 2004, Official date of retirement. The last flight took place at the Pratica di Mare 27 July 2005 with TF 104 two-seater. Since then, fans can admire the long missile with a man inside (the nicknames of '104 were very many) only in museums or, the luckiest, the United States or Norway where they survive, steering wheels, few examples.

The Hat pin will be visible, as already mentioned, livery almost completely “natural metal” early version of the Luftwaffe. Even the early '104 AOS wore a similar livery, then replaced by green and brown classical and NATO, subsequently, monogrigio from which today still bear the Typhoon. Unfortunately, the exhibition will be free of any weapons, as opposed to when the plane was in Berlin, where he was exposed to 2 AIM 9B Sidewinder alle tips (configuration indeed very “particular”) and in front of a M 61 Vulcan dissected. The plane is complete in all its parts, even if the motor will be visible to part.

Below you can see the plane's pictures exhibited in Berlin, of his arrival in Volandia with some stages of its unloading and, finally, those of the public presentation this morning, when the cockpit and we were able to take pictures also to the interior perfectly preserved has been opened.