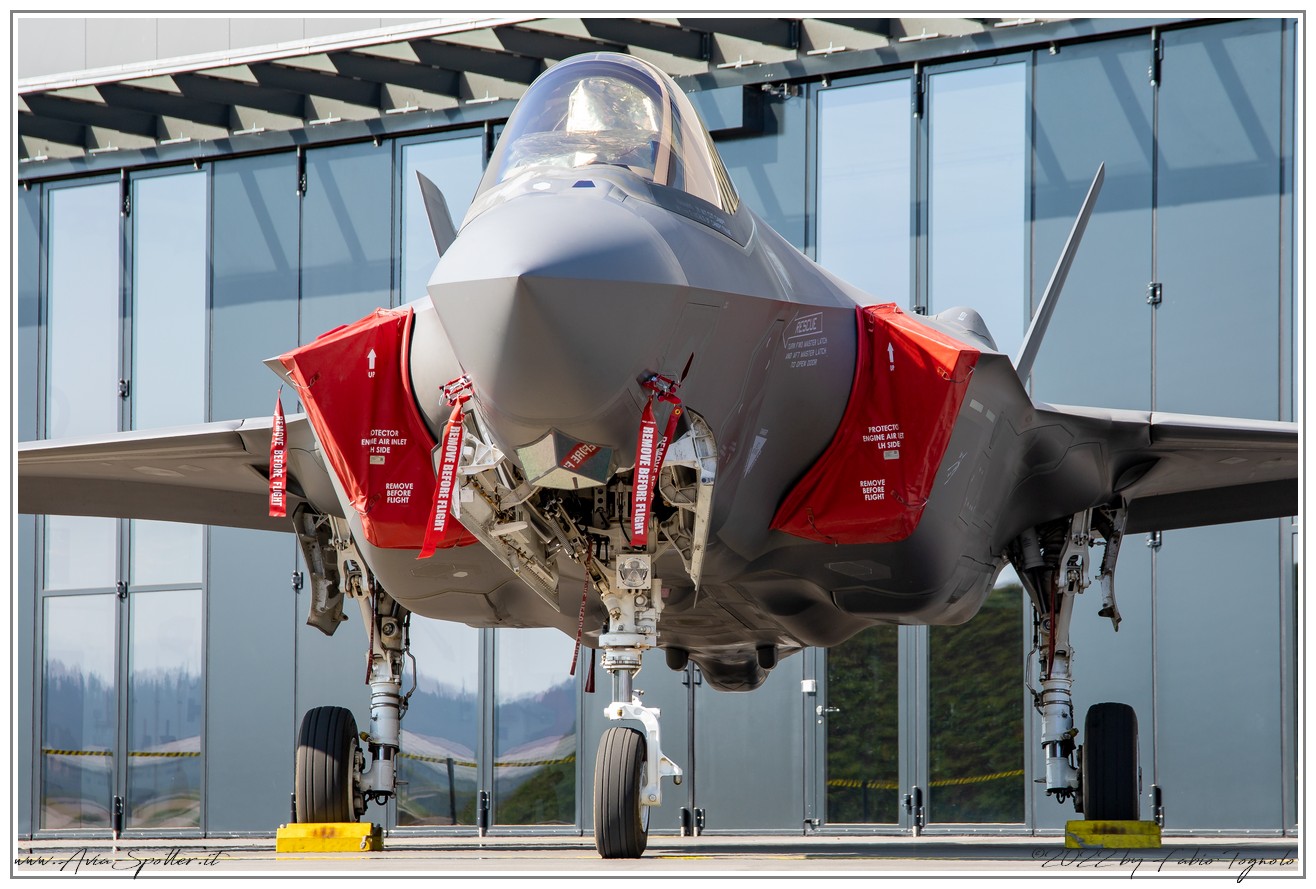 The 24 March at the Emmen base a meeting between the Swiss authorities and representatives of the Media where all the updates on the AIR2030 program were illustrated.

As already reported on these pages, the Swiss Confederation has identified the need to replace the aircraft in service in the Air Force (F 5E Tiger II e F/A 18 Hornet) which will gradually reach obsolescence over the course of the decade.
It’ An evaluation and selection process was therefore initiated, culminated in 2019 with the presentation of the candidates (Gust, Typhoon, F/A 18E e F 35A) in the Payerne base.
At the end of the evaluation, Lockheed Martin's plane was declared the winner, after a popular consultation that gave consent for the purchase, was sorted in 36 specimens. 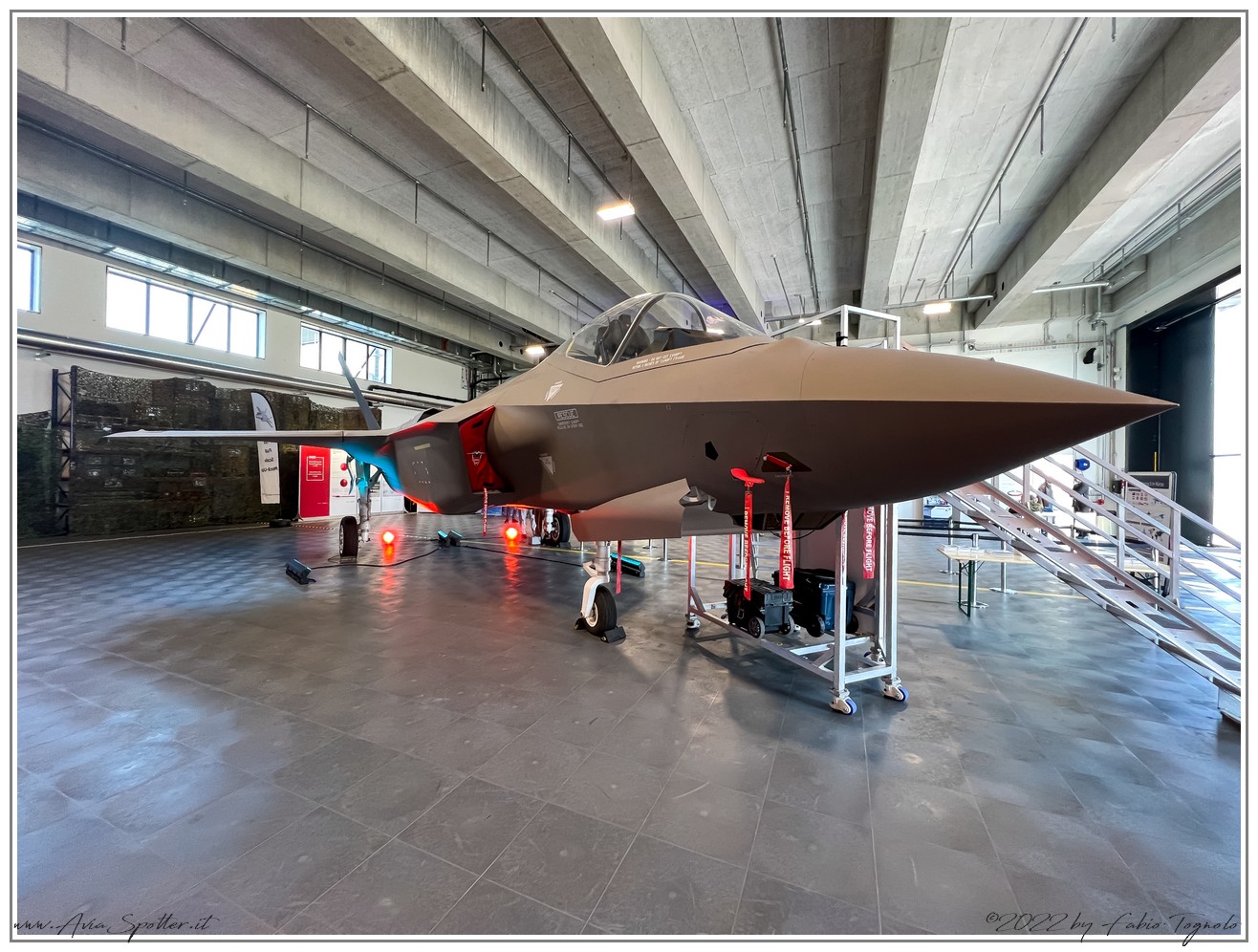 The US aircraft achieved the highest score in terms of benefits in comparison with the other models: 336 points, clearly spacing of 95 and more points the other candidates. He is the candidate with the best score in three of the four main criteria:

•effectiveness: the F-35A achieved the best result thanks to its clear technological advantage over the other candidates. In fact, the F-35A has new systems, extremely efficient and totally interconnected, for the protection and surveillance of airspace. It therefore presents a technical superiority in terms of information and is the candidate that allows pilots to obtain the best situational awareness in all areas of tasks, especially in the daily air police service.

The F-35A is also the only model fully designed to be difficult to detect in the highest degree by other weapon systems. The resulting high survivability is a particular advantage for the Swiss Air Force. 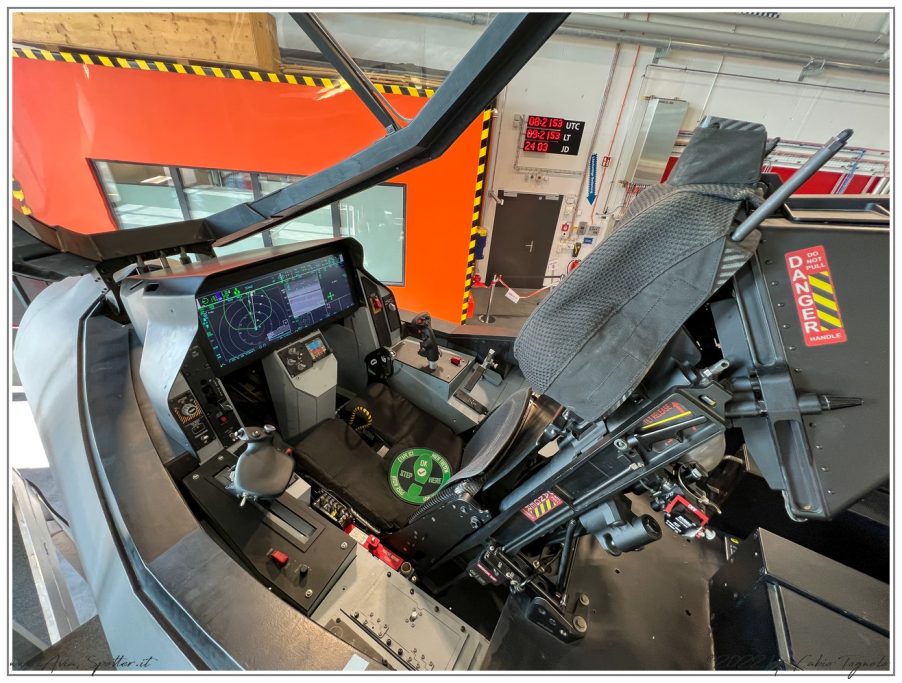 The relatively simple use of the system and the information superiority of the F-35A affect the training content and the relationship between flight hours and simulator training hours. The necessary flight hours are approximately 20 percent lower than the other candidates. Compared to the current Air Force fighter planes intended to be replaced with the F-35A, it is also necessary about the 50 percent less take-offs and landings.

The technological advantage of the F-35A, state-of-the-art weapon system, it will probably remain unmatched for a long time. Given that the new aircraft will be used predictably for 30 age, this is an important favorable condition compared to the other candidates.

•Product support: the F-35A achieved the best evaluation thanks to the efficiency demonstrated in terms of operation and maintenance, to modern education and high security of supply over the entire duration of use. The security of supply is also due to the fact that the F-35A records the largest number of units produced so far and is also used in Europe by the largest number of countries.

•Cooperation: also in this context, the F-35A achieved the best result. It offers comprehensive opportunities for operation-level collaboration and broad access to data and technical-specialist resources.

•Offsetdirect: at the time of submission, the offer of the F-35A did not achieve the best result. The compensation with business offset equal to 60 percent of the contract value must be fully realized at the latest 4 years after the last supply.

As well as in terms of benefits, the F-35A achieved by far the best result also in terms of costs. It is the cheapest both at the time of purchase and during the year. At the time of submission of offers in February 2021, the purchase costs amounted to 5,068 billions of francs, clearly falling within the prescribed financial volume of 6 billions of francs, approved by the Swiss electorate. The purchase costs are included in the framework credit even after the calculation of the price increase until the payment deadline.

The F-35A is the cheapest model also in terms of operating costs. Global costs, including purchase costs and operating costs, amount to approx 15,5 billions of francs over a period of 30 age.

The cost difference compared to the second-ranked model in terms of costs is approximately 2 billions of francs.

At least 24 aircraft will be built in Italy, at the FACO in Cameri 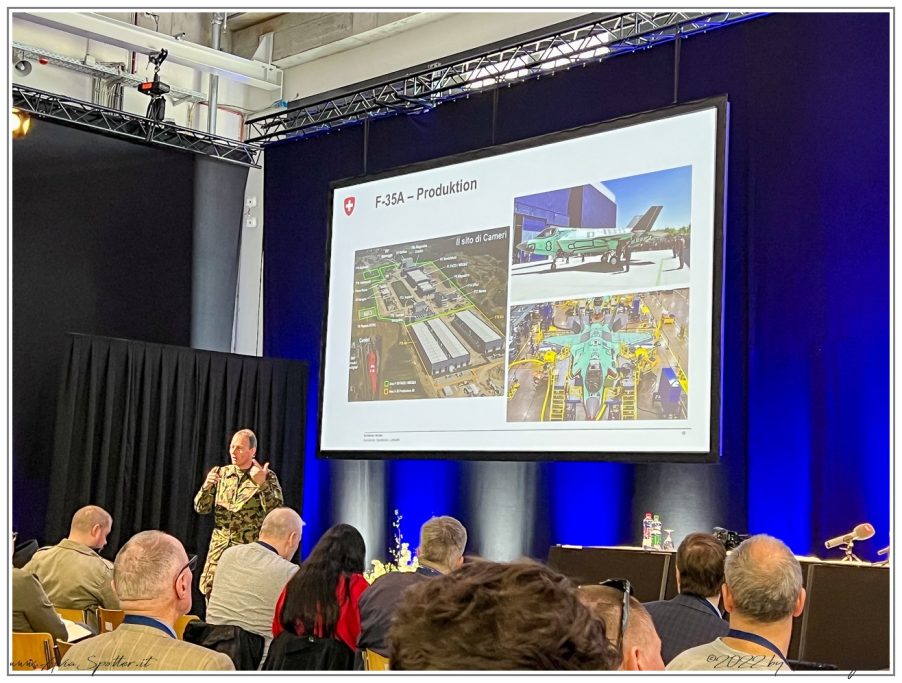 In the last weeks, armasuisse has better defined with the US government and with Leonardo - the Italian company active in the defense sectors, of aerospace and security - the possibility of assembling most of the future F-35A fleet of the Swiss Air Force in Cameri, in Italy. Armasuisse reached an agreement with the US government and stipulated that up to 28 of the 36 overall aircraft will be produced in Italy by Leonardo. This means at least 24 aircraft will be built in Italy. However, a check with the manufacturer of the F-35As is underway, Lockheed Martin, to understand if the final assembly work will be carried out at RUAG, a Emmen, as part of a compensation project; in case with

trary, these too will be produced in Cameri. Lockheed Martin will make the first ones 8 aircraft at its manufacturing facility in Fort Worth, Texas (USA), so that they can be used for the training of Swiss pilots and pilots in the USA.
The contractual arrangements with the US government, and consequently the price and the delivery schedule remain unchanged.
In particular, according to an official document from last November, the aircraft will cost less than the assumed financial volume. In fact the 27 September 2020, with a popular referendum, the Swiss people approved the programmatic decision on the purchase of new fighter planes for a financial volume of 6 billions of francs (based on the national consumer price index in January 2018). According to current estimates on the rise in prices up to 2031 and expected payments, the maximum conceivable financial volume is a 6,3 billions of francs.
Present values ​​are lower than the assumed financial volume. For i 36 fighter aircraft of the type F-35A is currently provided for a commitment credit of 6,035 billions of francs.

Cameri is home to one of the two F-35 production lines outside the United States and the only one in Europe. Italy has participated in the F-35 program from the very beginning. Both the Italian Air Force and the Italian Navy use F-35A and F-35B aircraft. Leonardo also produces the F-35A of the Dutch Air Force in Cameri and contacts are underway for the production of Polish and German models (in the case of Germany, as it now seems sure, also adopted the Lightning II)

The missile component of AIR2030 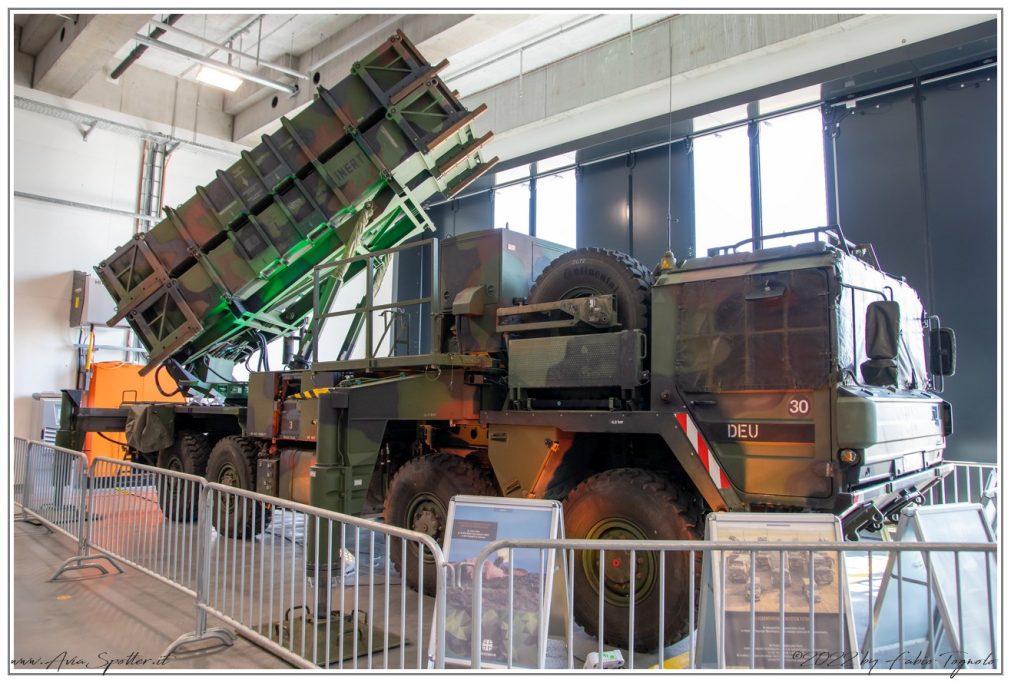 In addition to the piloted air defense component, Switzerland will also equip itself with a missile system which, as part of the same program, was identified in the MIM-104 Patriot which was confronted with the European SAMP / T .
Again the Patriot stood out, sometimes sharply, in all four main criteria. In particular, it significantly exceeds the SAMP / T in terms of effectiveness. The system is capable of defending airspace both autonomously and in combination with combat aircraft. It can be used up to a quota of over 20 000 meters (vertically) and has a reach beyond 50 kilometres (horizontal dimension). In the context of long-range DTA systems, this is an exceptionally high operating distance. The Patriot therefore makes a decisive contribution to integrated air defense.

For the defense of the desired area of 15 000 square kilometers are needed 5 Patriot fire unit.

As for the costs, the Patriot proved to be the cheapest model. The purchase costs of the Patriot - price increase and value added tax included up to the payment deadline - amount to 1,970 billions of francs. Considering the operating costs calculated over the period of 30 age, the overall costs of the Patriot amount to approx 3,6 billions of francs. The Patriot was therefore significantly cheaper than the other candidate. The compensation with business offset equal to 100 percent of the contract value must be fully realized at the latest 4 years after the last supply.

During the meeting, a full-size mock-up of the F 35A was made available to the media next to the simulacrum of the powerful Pratt engine &  Whitney F 135 that equips it, that, with his almost 20 tons of thrust, it remains the most powerful military turbofan engine in service today.
They were also present 2 specimens of F 35A of the 32nd Wing of the Italian Air Force. One of the 2 it was put on static display available to journalists who were able to photograph it under a bright sun.

Thanks to the Swiss Air Forces, the Press Office of the Swiss Army, the civil and military authorities of the Swiss Confederation for the organization of the event and the availability shown.

To you the photos of the day 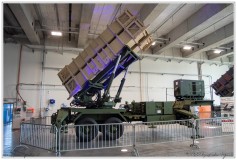 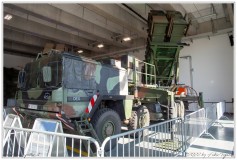 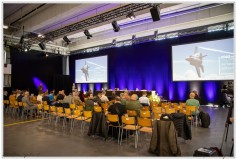 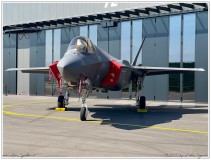 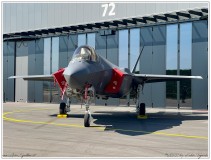 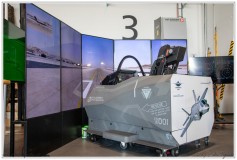 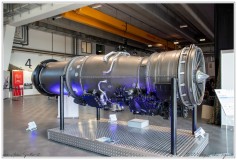 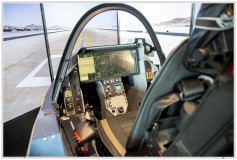 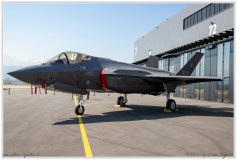 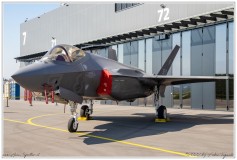 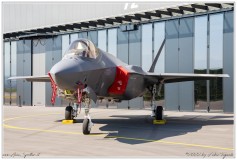 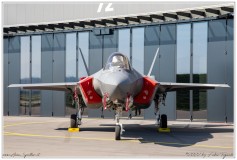 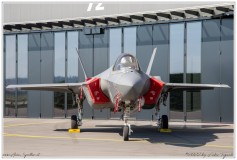 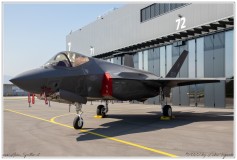 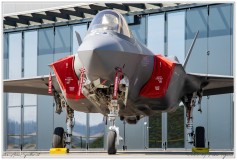 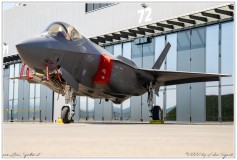 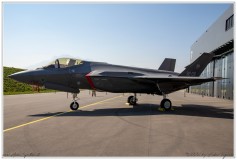 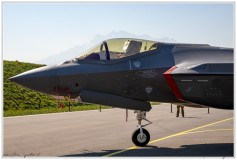 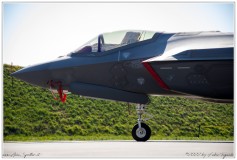 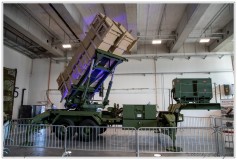 Jan 5, 2022 Fabio Tognolo
We use cookies on our website to give you the most relevant experience by remembering your preferences and repeat visits. By clicking “Accept All”, you consent to the use of ALL the cookies. However, you may visit "Cookie Settings" to provide a controlled consent.
Cookie SettingsAccept All
Manage consent

This website uses cookies to improve your experience while you navigate through the website. Out of these, the cookies that are categorized as necessary are stored on your browser as they are essential for the working of basic functionalities of the website. We also use third-party cookies that help us analyze and understand how you use this website. These cookies will be stored in your browser only with your consent. You also have the option to opt-out of these cookies. But opting out of some of these cookies may affect your browsing experience.
Necessary Sempre abilitato
Necessary cookies are absolutely essential for the website to function properly. These cookies ensure basic functionalities and security features of the website, anonymously.
Functional
Functional cookies help to perform certain functionalities like sharing the content of the website on social media platforms, collect feedbacks, and other third-party features.
Performance
Performance cookies are used to understand and analyze the key performance indexes of the website which helps in delivering a better user experience for the visitors.
Analytics
Analytical cookies are used to understand how visitors interact with the website. These cookies help provide information on metrics the number of visitors, bounce rate, traffic source, etc.
Advertisement
Advertisement cookies are used to provide visitors with relevant ads and marketing campaigns. These cookies track visitors across websites and collect information to provide customized ads.
Others
Other uncategorized cookies are those that are being analyzed and have not been classified into a category as yet.
ACCETTA E SALVA