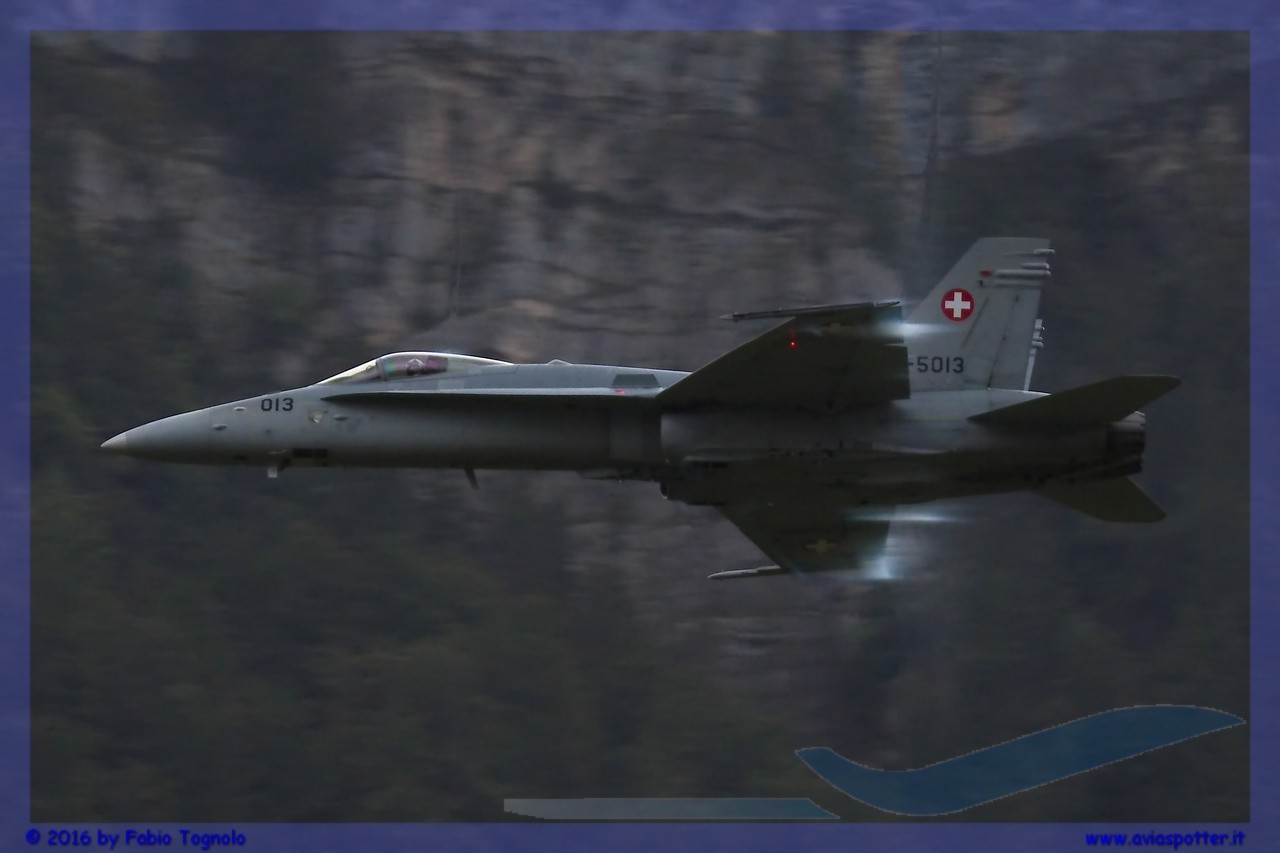 One of the highlights of this year in Swiss land was, doubtless, the 75th anniversary of the airport of Meiringen.
As many of you already know the sediment is located in a narrow valley in the canton of Bern, very close to Lake Brienz.

The first operations of the base took place on December 1, 1941. Since then much water has fallen from Oltschibach waterfall, overlooking the hangar in the cave where they are admitted to the Tiger for the Hornet base.

The main day of the festivities was partly marred by little clement weather conditions. Already in the days before the rain had fallen copious and several centimeters of mud they were present everywhere. The proverbial Swiss organization, however, has limited the maximum disruption and, the parking of vehicles, the shuttles to the airport, Grelle to steel to allow visitors to move without sinking, everything was organized and calculated. But for the rain nothing can.

In the morning a bright sun made it possible to take great pictures is the most interesting static display (a sort of mini Tiger Meet in land Helvetic) that the sorties morning of the hosts.

Below you can see a small video with the preparations for the take-off of Hornet and Tiger and their landings. In addition, the video of the acceleration race between F. 18 (in a rare configuration without even the ventral tank to be lighter), Formula car 1 and Tiger II tank: guess who won.

Already in the early afternoon, however, Jupiter Pluvio began to dictate its rules and dense clouds have thickened on track, downloading at times alternate their cargo. The powerful performance of’ F/A 18 Hornet Solo Display, masterfully piloted by Captain Julien “Teddy” Meister, It took place entirely under a light rain that became swing during the performance of the Patrouille Suisse, the first important engagement after only 15 days of the incident of Leeuwarden.

Aside from the rain, however, I had the pleasure of admiring, along with about 30.000 of total participants 2 days, the readiness and competence of small but aggressive Helvetic Armed Forces.