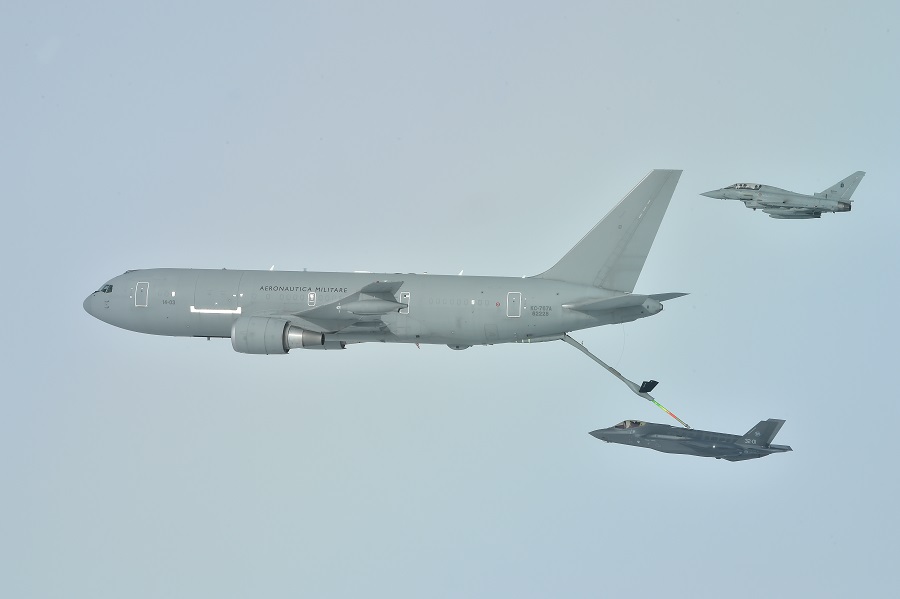 It starts today at the air base of Amendola (FG), and will run until 14 December next one, flight activity of the 4th Flying Course of the 2018 organized by TLP (Tactical Leadership Programme) Albacete (Spain), international military organization comprising current 10 Nations (Belgium, Denmark, France, Germany, Greece, Italy, Netherlands, Spain, Britain and the United States), which today represents the reference pole in NATO in aero-joint tactical training field and in the development of skills ofleadership, essential to address the challenges posed by modern operating scenarios.

The purpose of Flying Course - they are organized every four years, normally at the Spanish base of Albacete - it is specifically to train future Mission Commanders (Mission commanders) through specific training in complex air operations which are planned interactions between air multinational forces, naval and land. This session, which takes place in Italy and which brings together for the first time the F-35, It constitutes a further step in the transition toward a perspective weapon systems and technologies characteristics of aircraft 5th Generation, in an area with high international connotation and interforce.

The simultaneous participation of aircraft of 4th and 5th generation is indeed the peculiarity of this Flying Course, a unique opportunity not only to promote the standardization of tactics, of techniques and procedures, but above all in order to exercise the interoperability between different systems, also uneven, namely the ability of a system to cooperate, exchange or reuse information or services produced by others. L’F-35, with its high capacity, making it an incredible "multiplier" of forces, It is an example of how the 5th generation technologies are able to give a renewed relevance to other systems currently available in the armed forces.

Several structures of the Air Force taking part in the 4th Flying Course: F-35, which as mentioned are the novelties of this session, Euro Fighter, T-346A, G-550 CAEW, KC-767A, P-72A, helicopters HH-101 and HH-212 and remotely piloted structure (MQ-1C e MQ-9A), in addition to mobile command system and IT-DARS control, al sistema Surface Based Air Defence (Shbad) SIRIUS and specialized staff Joint Terminal Attack Controller (JTAC). All participating air assets are deployed based on Amendola, with the exception of Tanker KC-767A, which it operates directly from Pratica di Mare, and dell'HH-212, instead deployed to Gioia del Colle. The airport of Trapani will be used instead as the basis for the redeployment of NATO E-3A Airborne Early Warning and Control (AWACS). In addition to AOS structure, It is also expected to attend the Navy AV-8B. Nourished foreign participation, with over 700 soldiers of different nationalities and different air assets involved, including F-15C and KC-135 Americans, F-2000, Tornado ECR and German Jamkite, Belgian F-16 and F-16 Dutch and NATO AWACS.