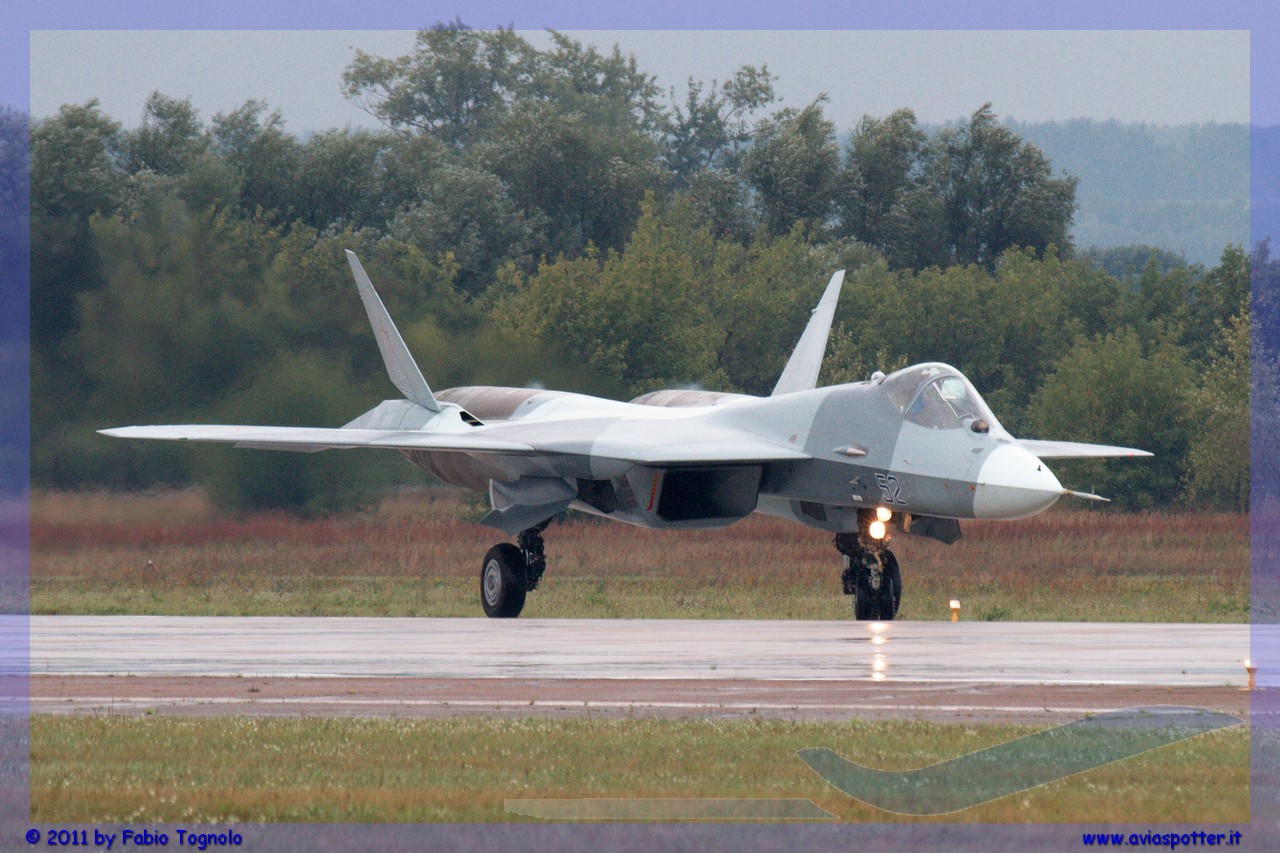 In the last days of December, the first serial copy of the new 5th generation Russian Sukhoi fighter was officially delivered to the Russian Air Force, the Su 57 Felon.
The plane is now at the 929th State Flight-Test Center in Achtubinsk (area’ by Astrachan ’) which is in practice the consideration of the Experimental Flight Department of’ Italian Air Force and operates on the airport which can be seen at the coordinates 48°18’08.0″N 46°13’03.0″It di Google Maps, near the border with Kazakhstan (in a square they are clearly visible 4 of 11 prototypes of the plane). In the official statement it was also reported that further 4 copies will be delivered in 2021. I remember the first prototype of the Su 57 has flown by now 11 years ago, the 29 January 2010, and the development path has been rather troubled and not entirely concluded. Current series aircraft, Moreover, they mount Saturn AL-41F1 engines, not definitive and weakened compared to the Izdeliye-30 which will arrive only in 2022.

In the images of the Russian Ministry of Defense, you can see the plane (with blue code-01) next to a MiG 31, upon arrival at Novosibirsk-Tolmačëvo airport, final destination of all the first examples of the machine.

More details of the machine can be appreciated in the beautiful report made by RT journalist Julia Shapovalova. The video sparked several comments in the motherland, relating to the fact that the charming journalist also had access to the Felon cockpit, thus violating the secrets of the new fighter.