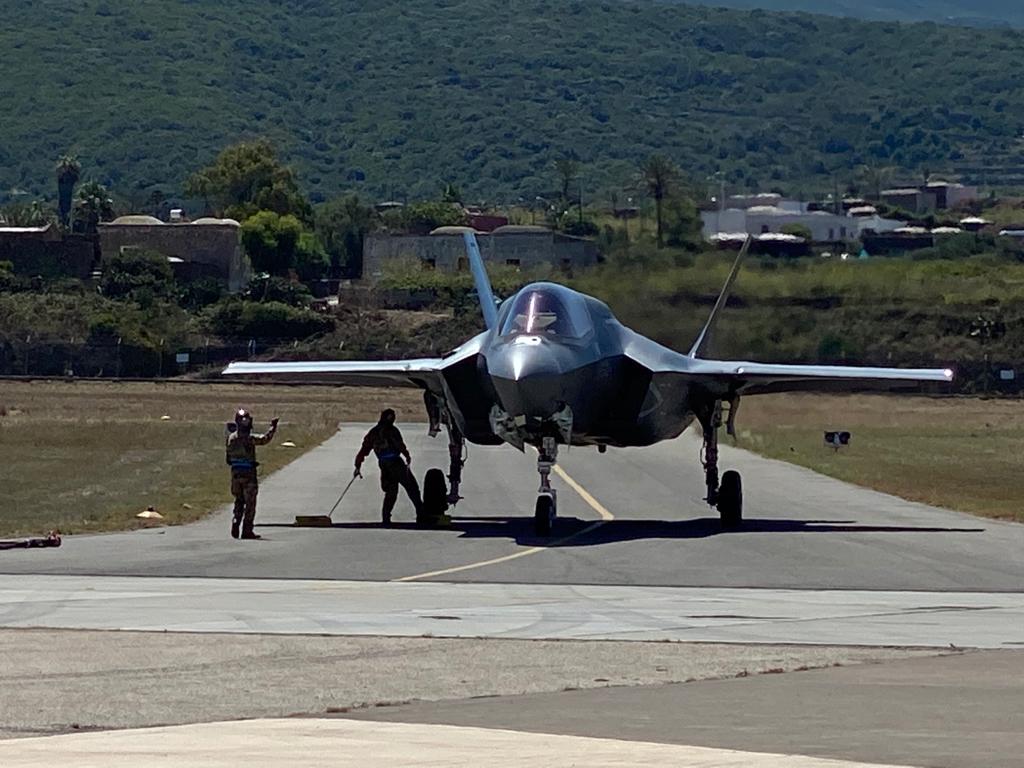 L’F-35B, STOVL version of the new 5th generation fighter, at the center of the exercise event that allowed to test the projection capabilities of the forces expressed by the AM

Test the ability to project, with very short notice, an adequate package of forces, complete in all its enabling components, in an area of ​​interest even far from the motherland and in a semi-permissive environment: this is the goal of the tutorial “Proof of Concept Expeditionary“, an event designed to summarize the main and peculiar projection capabilities of the forces that the Air Force is able to express today in the service of defense and the country.

The activity, which was also attended by the Air Force Chief of Staff, air team general Alberto Rosso, took place on Thursday30 July on’Pantelleria island, within theAirport Detachment of the Air Force, which has been an important for more than eighty yearsstrategic defense in the heart of the Mediterranean.

A scenario identified precisely to recreate those conditions of distance from permanent air bases and reduced logistical support, including the presence of a runway of limited size where conventional fighters cannot operate, typical of what in technical jargon are defined “bare/austere base“. In particular, aF–35B, short take-off version and vertical landing (STOVL – Short Take-Off and Vertical Landing) of the new 5th generation fighter, recently assigned to32° Stormoby Amendola (FG) - the main and most current enabling factor of the aforementioned capacityexpeditionary of the Armed Force – after having previously checked the safety conditions necessary for landing, made a low speed approach to the Pantelleria runway, stopping their landing run in a few hundred meters. The aircraft was then refueledthe land with a special procedure directly from an aircrafttankerKC-130J and it was armed invery tight times, to then take off again to continue the assigned mission. All this took place in a safety framework for the aircraft, the vehicles and personnel involved are constantly insured thanks to a reconnaissance and surveillance system from above, a structure ofcommand and control mobile and specialized units ofstaffForce Protection.

“The Air Force is one of the few air forces in the world capable of having it today, specifically, full and autonomous projection of aerospace power“, General Rosso said. “This is a capability that does not concern a single aircraft, what can be the F-35B, essential and enabling factor in this context but of which it represents only a piece, but which requires the real ability to integrate a whole series of fundamental skills that the Armed Force is able to express, operating not only from home, from our bases, where we have all the necessary support logistics, but also far from national borders and in non-permissive contexts if, where and when deemed necessary”.

It is an important skill at the service of the country”, added the Air Force Chief of Staff, “also in light of the changing scenarios, flexible and unpredictable with which we are somehow called to live and confront. We, like all the armed forces, we must be prepared for any eventuality. Flexibility of use, dispersion and unpredictability, both in terms of deterrence and as a real operational capability, are factors I consider essential in any hypothetical scenario”.

The logistical structures involved in the exercise are different, including in particularl’Air Landed Aircraft Refuelling Point(ALARP), system that allows the withdrawal of fuel directly from the tanks of the KC-130J aircraft and allows thesimultaneous refueling of up to four aircraft. The activity was ensured by the specialized staff of the3° Stormo of Villafranca (AND), main expression of theability to proiezione of Armed Force.