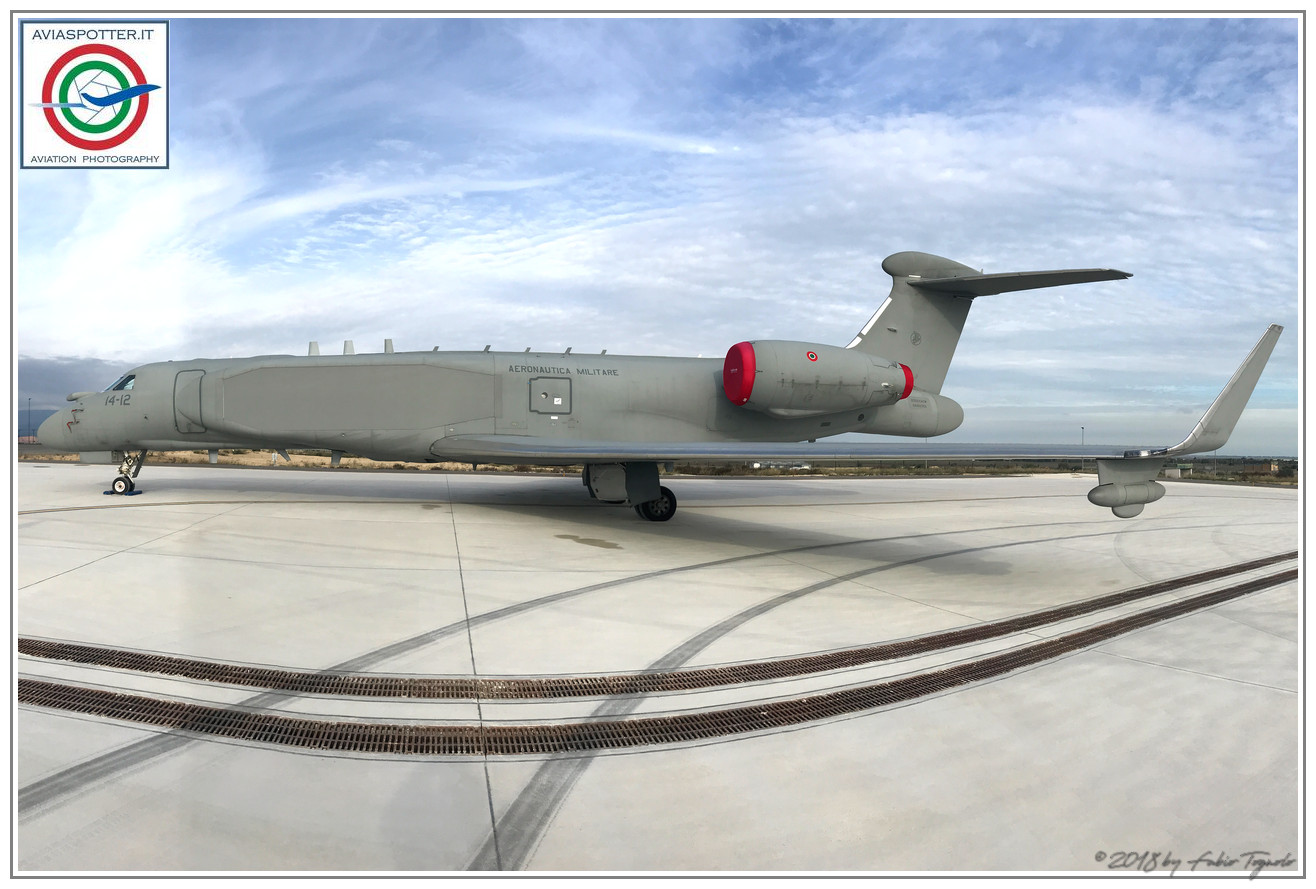 The CAEW aircraft (Conformal Airborne Early Warning) is a multi-sensor system with aerial surveillance functions, command, control and communications, instrumental to air supremacy and support for ground forces. It’ based on Gulfstream G550 trading platform, subsequently modified in part by the manufacturer itself (Type Amodification), and partly by Elta Systems Ltd in Ashdod, Israel, with the preparation and assembly of mission systems (Type Bmodification). The result is a platform with aerodynamic performance substantially comparable to the civil carrier (hence the definition of “conformal“), con un drag index (aerodynamic drag index) very contained despite the structural changes. The ability to stay on the target is a function of the mission parameters, with maximum usage rates and absolutely significant transfer speeds. The latest generation avionics suiteHoneywell Primus Epic Avionics, integrated with the information of the AEW system, allows the flight crew (2 pilots) a high SA (Situational Awareness) in real time, 360 ° and long distance. The mission system consists of:

The information obtained from the individual sensors is analyzed and “fuse” automatically, allowing a quick and accurate acquisition and identification of the objectives, target acquisition and target information - at the center of the function ofEarly Warning real – with the added advantage of greater radar coverage thanks to the airborne sensor. The RASP (Recognized Air Surface Picture) obtained from the system and validated by mission operators, is displayed through the 6 stations on board and can be disseminated in a safe and timely manner to the command centers on the ground thanks to a powerful datalink system.

The mission system has, in addition to, ability to conduct missions ofMaritime Patrol andBattlefield Management, thanks to the compatibility with Rover systems of personnel employed on land or on the sea surface (also by transmitting video images useful for the interpretation of the environment in which you are operating).

The AEW-BM capacity&C (Airborne Early Warning, Battlefield Management & Communication) provided by the CAEW aircraft represents an indispensable tool to ensure an adequate extension of the surveillance capacity of the national airspace (Homeland Defence/Security), including the management of the unconventional threat represented by the so-called “RENEGADE” and to safeguard full support capacity for military theater operations.