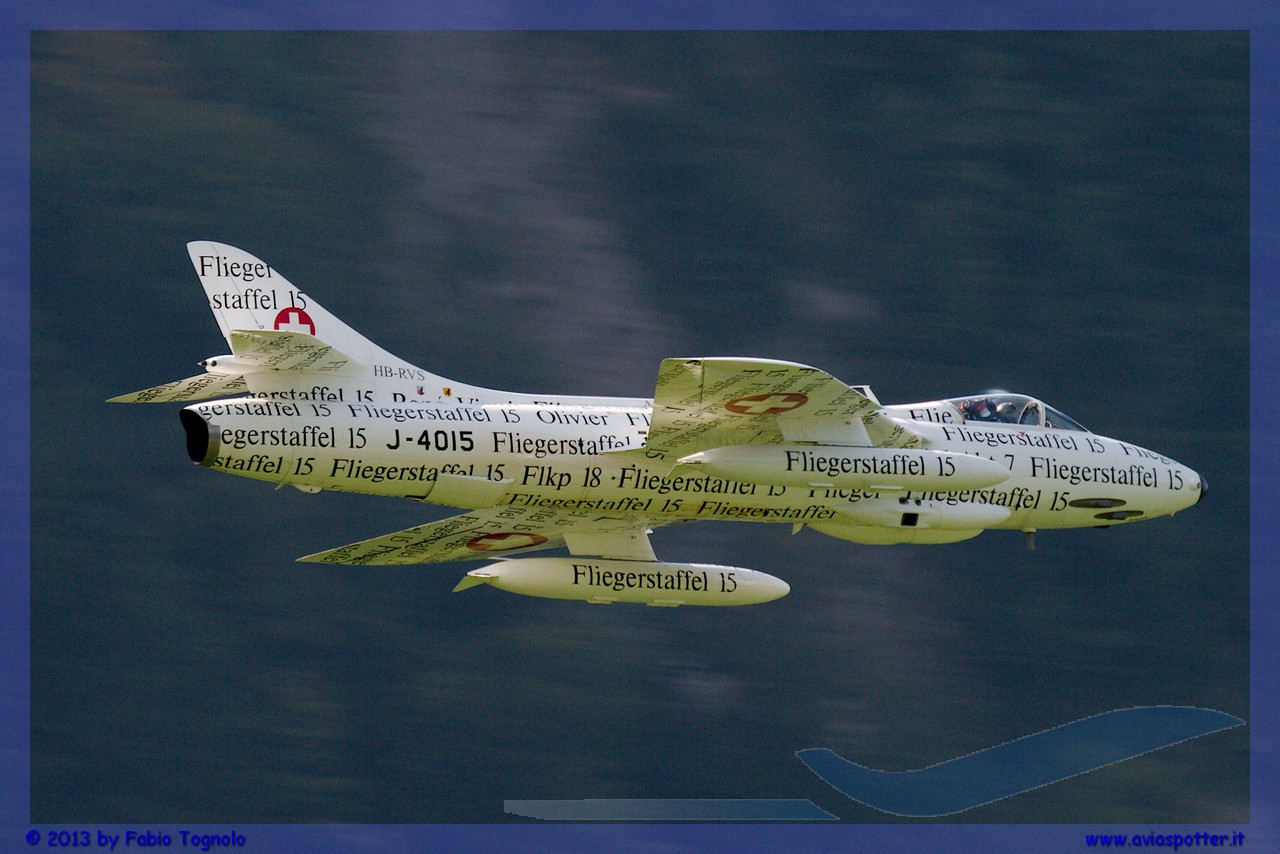 It took place today, information about Mollis, in the Canton of Glarus, lo Zigermeet 2013. The condimeteo announced it perfect and so was.

Since the entry into airport, in the morning at 9,00 about, the sky was clear, the fresh air and the warm sun.

Airport Mollis is located in the middle of a valley, the track is long about 1800 mt and the share is about 450 mt slm. The scenery is enchanting, with high mountains on both sides as a backdrop to the evolution of the aircraft.

The air show promised to be full of important appearances, especially vintage, both jets to propeller, including Hunter Swiss, Spitfire, P 51 and the fabulous Breitling Super Constellation. The last-minute defections, including that of the F 18 Only the Swiss Air Force, however, have not made it less interesting to the flight schedule was tight from 9.00 to 18.00 with only one break to allow viewers to eat.

The Patrouille Suisse ended the day, unfortunately interrupted by a faulty radio prevented the acrobatic Swiss to bring the show to an end.

Overall a good day, in a breathtaking setting with really interesting aircraft.

To keep a firm presence in the coming years.

AND’ PURCHASING NEW HUNTING FOR SWITZERLAND

2020 – THE MANEUVERS OF THE TRICOLOR ARROWS, THE MORE ACROBATIC PATROL’ BEAUTIFUL OF THE WORLD