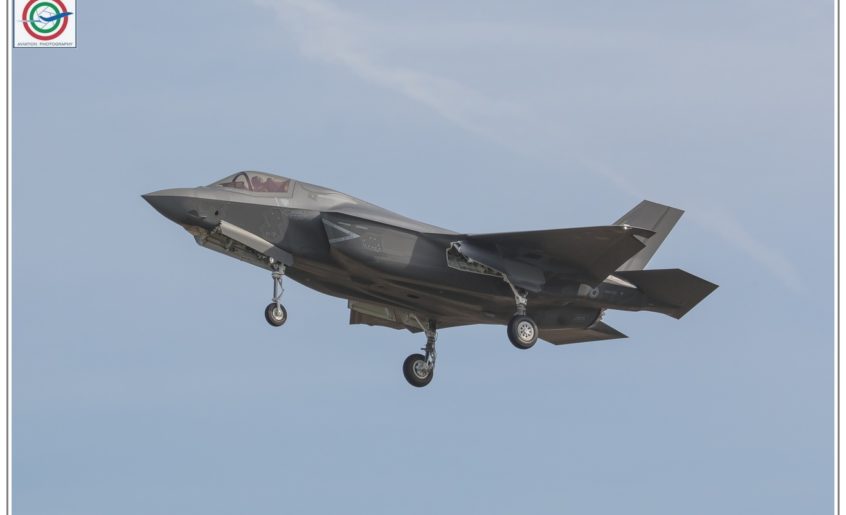 Today, the F program 35 in Italy it marked a new milestone: the first flight of an F-35B, the version with short take-off vertical landing capabilities and the new 5th generation fighter-bomber which is preparing to equip our Air Force and Navy. It’ the first example of this type being built outside the United States, marking another point in favor of the Italian industry's capacity and its workers. It is called BL1, where B stands for the STOVL version, L for Italy and number 1 er # 1 specimen of this version.
Thanks to my friend Roberto Resnigo, present along the Cameri airport fences, where it took place the first flight, Aviaspotter can document the event.
The Lightning II took flight around 13:00, together with an EF 2000 Typhoon 36 ° Stormo which served as a chase plane and then reappear for landing approximately 1 Now 1/2 after. Both the takeoff that the landing were conventional. The aircraft “he wore” only the Italian rosettes low visibility on the classic livery monogrigio. Given that there are provided 15 specimens for AM and other 15 for MM, today it is still unknown who will receive the hunt.