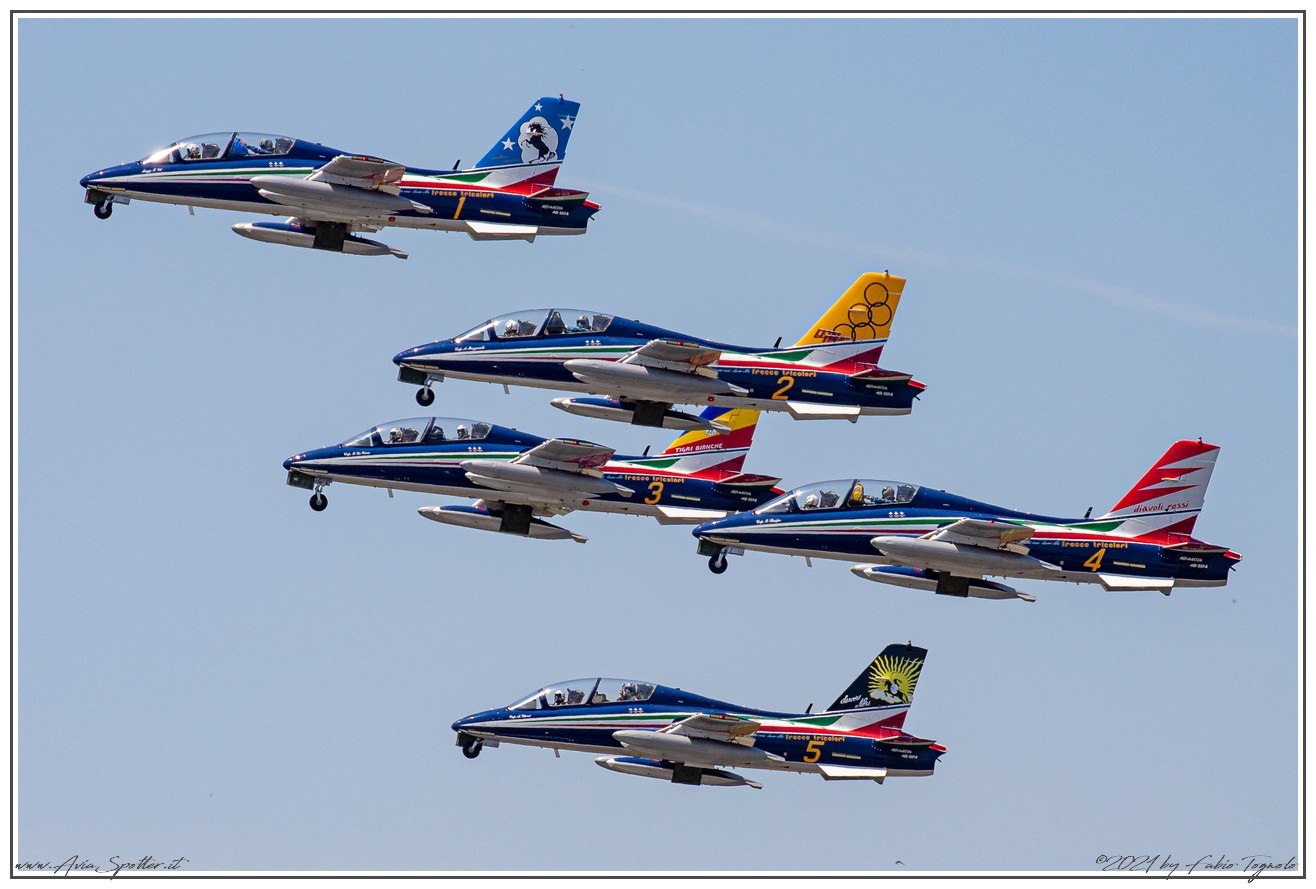 This is the year of the 60th anniversary of the Frecce Tricolori. They were officially formed as the 313rd Acrobatic Training Group on March 1st 1961 on the Rivolto airport and from now on they amaze us with their evolutions. The traditions date back to previous aerobatic patrols that were set up in various Departments of the Air Force since 1950.
In 11 years were formed, one after the other, different formations, whose names have become legendary among fans and not: the Prancing Horse, the Thundering Jets, the White Tigers, the Red Devils and the Black Lancers. The new celebratory livery of the National Aerobatic Team is dedicated to them.
It’ so that the tail of the small Aermacchi MB 339 it is decorated with the gaudy liveries that adorned the dinghies of F 86 Sabre e F 84F Thunderstreak. 5 emblems for 10 planes, plus the eleventh for Pony 0, the Commander's plane, Ten. Col. Pil. Gaetano Farina, carrying the 60th anniversary logo.
I must say that I immediately liked the idea a lot and I couldn't wait to admire the Frecce Tricolori in flight with the new colors, but I certainly wasn't expecting so soon.
On the occasion of the celebrations for the anniversary of 2 June, as usual, the Frecce Tricolori were in Rome for the overflight of the Altare della Patria but on the way back they stopped at Milan Linate. Immediately the rumors of fans spread the news, also spreading the news of the restart on the day 3, approximately in the middle of the day.

I could have let such an opportunity pass me by? All 08:00 I was already on the embankment next to the holding point of the track 36, waiting for the moment. I was hoping to see them arrive on the riser and photograph their queues one by one as they lined up for take-off.

For Milan it was the first really hot day of 2021 and the wait was tough. Linate in this period is not particularly rich in traffic and now the only interesting planes are the bizjets. But I'm here for something else.
It’ around one o'clock I hear a noise in the distance that tells me that I have to quickly recalibrate the camera. The first formation takes off from the runway 18, on the contrary to normal traffic. The sun is at its peak and the reverberation of the asphalt doesn't help much but they are already a bit’ alti. First the beautiful formation with all 5 Special. I shoot a sequence and immediately turn around for the second section with the new tails.
After the second section, the Commander takes off alone, keeping the plane low for the entire runway. The reverb is very strong but shooting in bursts anyway.

You can find the results below.
We will definitely meet again for the official celebrations, in September, to Rivolto. 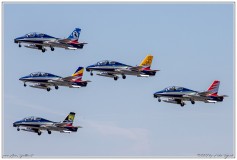 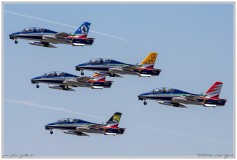 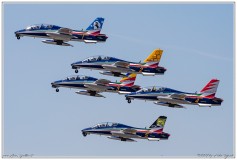 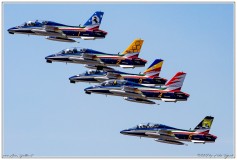 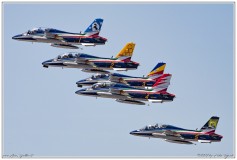 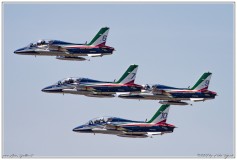 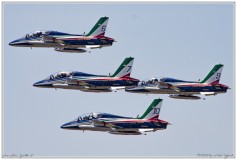 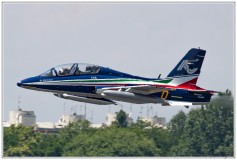 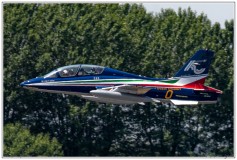 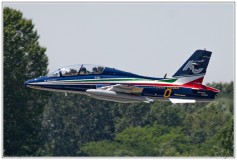 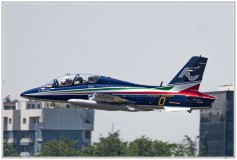 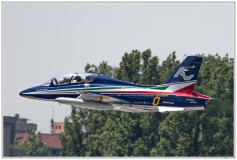 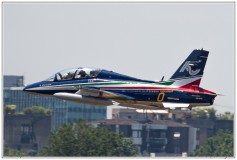