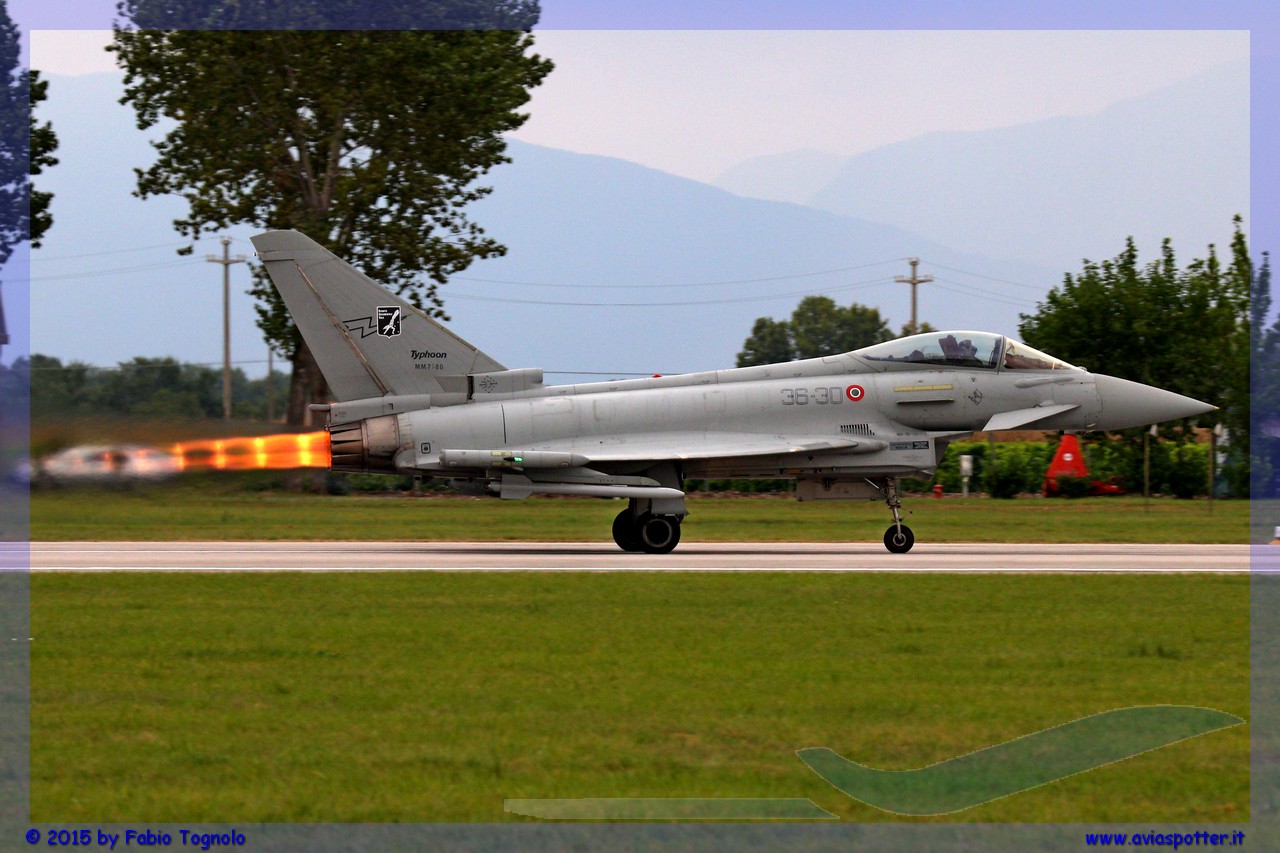 Below you can find the communications office that communicates AM Print scramble this morning by 2 Typhoon to intercept a Dutch plane. It looks like a normal news, already seen several times, but is not so.

A good read it is written that 2 IF 2000 took off from Istrana are part of the 51º Stormo! So this is the first action of the fighters of the reconstituted 22º Group that will reach soon the full operation capability.

We have some new Guardian Angels. Welcome back!!!

This morning fighter aircraft F-2000 Eurofighter Air Force, alert on duty for the defense of national airspace, They have made an intervention on the order of immediate takeoff (in technical jargon said “scramble”) to intercept and monitor a civilian aircraft that had lost radio contact with air traffic authorities.

About 11.40 i due F-2000 Eurofighter del 51° Stormo Istrana took off to intercept an aircraft GLASS single-engine propeller Dutch nationality which had taken off from Poland and was headed in Voghera.

A few minutes after takeoff, the two interceptor fighters have reached the Dutch aircraft. After verifying visually that there were no emergency conditions and re-established radio contact, The two F-2000 have returned to the base of Istrana.

The operational mission was activated as a result of the order of “scramble” received by the CAOC (Combined Air Operation Center) Torrejon, NATO body responsible for surveillance of the skies in, and it was held under the control of the operating rooms of the surveillance system and the Air Force air defense.

The Air Force carries out surveillance of national airspace 365 days a year, 24 hours 24, with a defense system that is integrated, even in peacetime, with that of other countries belonging to NATO. The service is guaranteed – for the part Surveillance, identification and control - from the 11th Air Defense Group Milssilistica Integrated (NUMBER) Poggio Renatico (Fe) and from 22 ° Gruppo Radar Licola (Na), while the intervention in flight is ensured by the 4th Wing of Grosseto, from 36 ° Stormo of Gioia del Colle and from 37 ° Stormo Trapani, all equipped with Eurofighter aircraft.