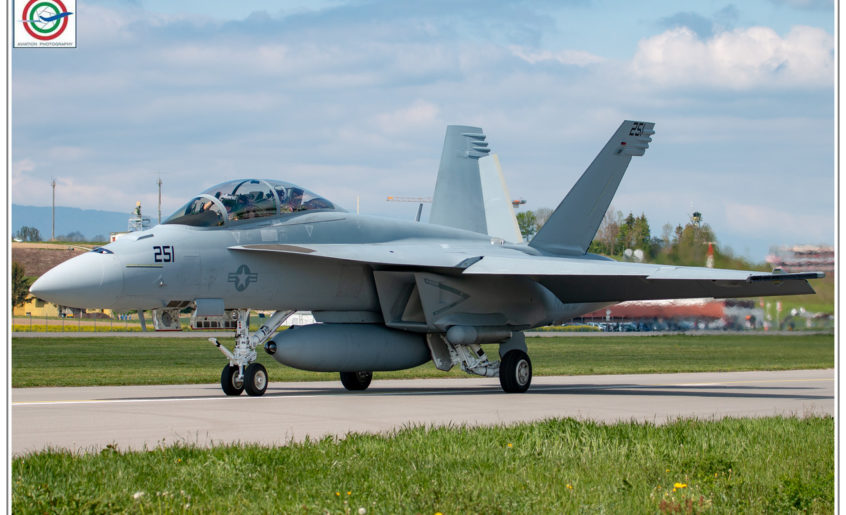 They are the 08:00 and it is from 02:45 that we are around. The temperature is pungent to be the end of April but the sun is shining at the entrance of the most important base of the Swiss Air Force. 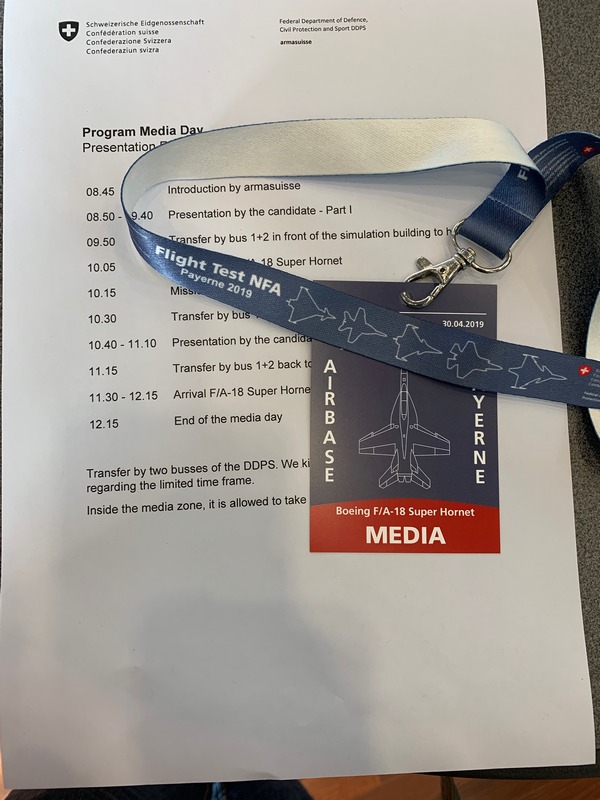 We are here for the selection of what will be the new fighter will defend the skies of the Confederation when the current F 5 Tiger II e F 18 Hornet will retire.
We talked about the selection process in an article a few days ago (see which) and today we came to see the biggest competitor: il Boeing F/A 18E/F Super Hornet, the latest incarnation of the now dated (but still very handsome) American twin-jet.
The car park is average a few dozen meters from the entrance of the room where will be held the press conference which is right next to the huge cylinder that houses the flight simulator F 18 currently serving. The recognition practices occur in seconds and, after breakfast, we sit in the hall.

Boeing has done great things and sent to illustrate his jewel Dan Gillian,  vice president of the F / A-18 & EA-18G Programs for Strike, Surveillance and Mobility. With him is Captain Kevin McLaughlin, Commander of the Strike Fighter Wing Atlantic from 2018 which he was also Top Gun instructor. 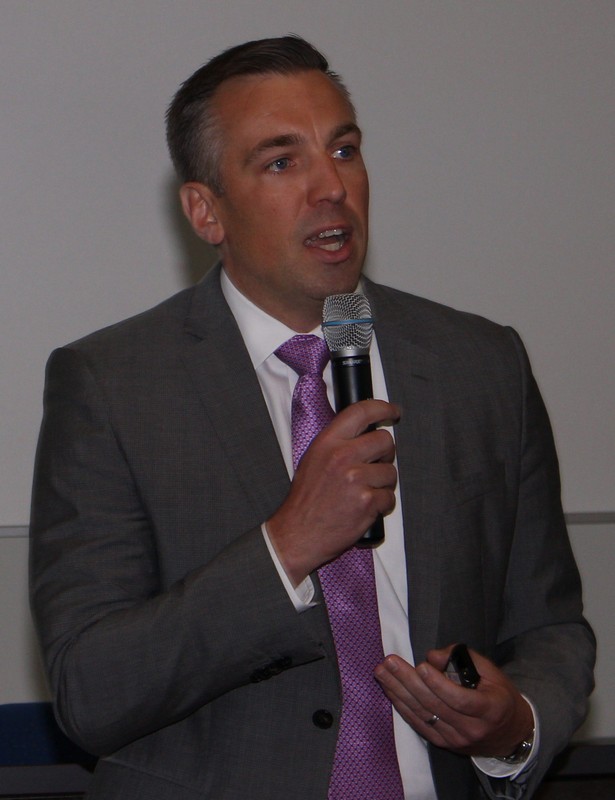 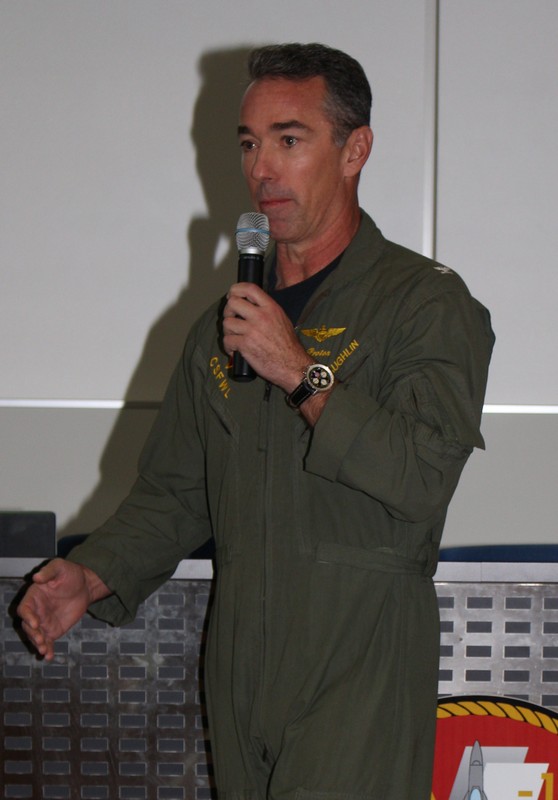 The plane that shows is definitely different from that proposed in the 2009. It is in fact the F / A 18E / F Block III, latest incarnation of the bioreactor, already purchased 78 specimens from US Navy. Unlike current Super Hornet will be equipped with conformal pack on the back that will greatly increase the autonomy, dashboards will be entirely digital and, in addition to a modern radar EASA (Active Electronically Scanned Array), They will be equipped with a IRST capable of tracking and track multiple targets simultaneously. The aircraft also incorporates several elements riproggettati to reduce radar signature and this greatly benefits the stealthness aircraft. In particular, the IRST21 (already present in Payerne on a specimen of the Super Hornet) It is one of the AN / AAS-42 development, which already flew on Tomcat, integrated into the standard tank 480 gallons F 18. The new pod that always mounts on the centreline, It retains the ability to 330 gallons of fuel and adds the ability to detect, track and engage enemy aircraft with air-to-air weapons without using the radar. 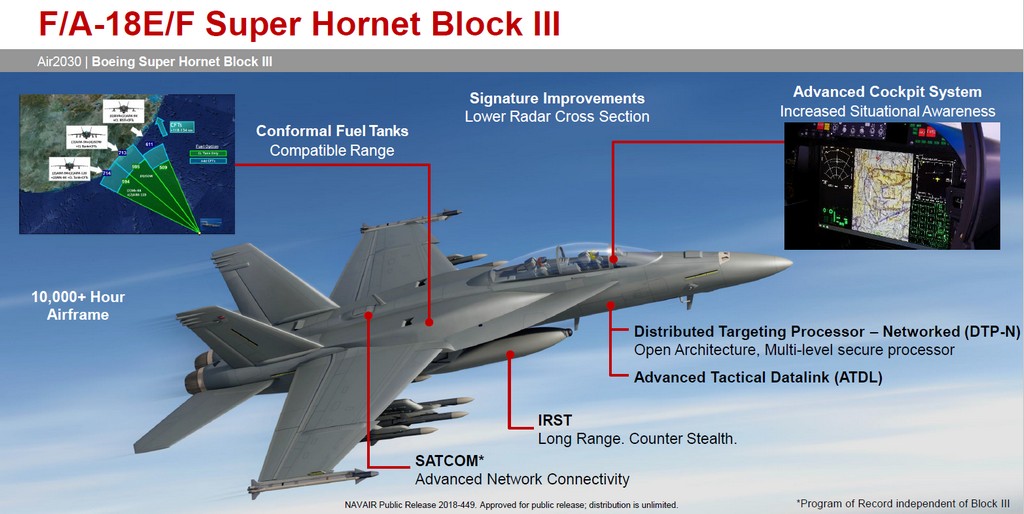 The real trump card, however, is the close relationship with the current flagship aircraft of the Swiss Air Force, that allow you to reuse the 60% the current equipment, facilitate the transition of pilots and technicians, and continue to use existing weapons. 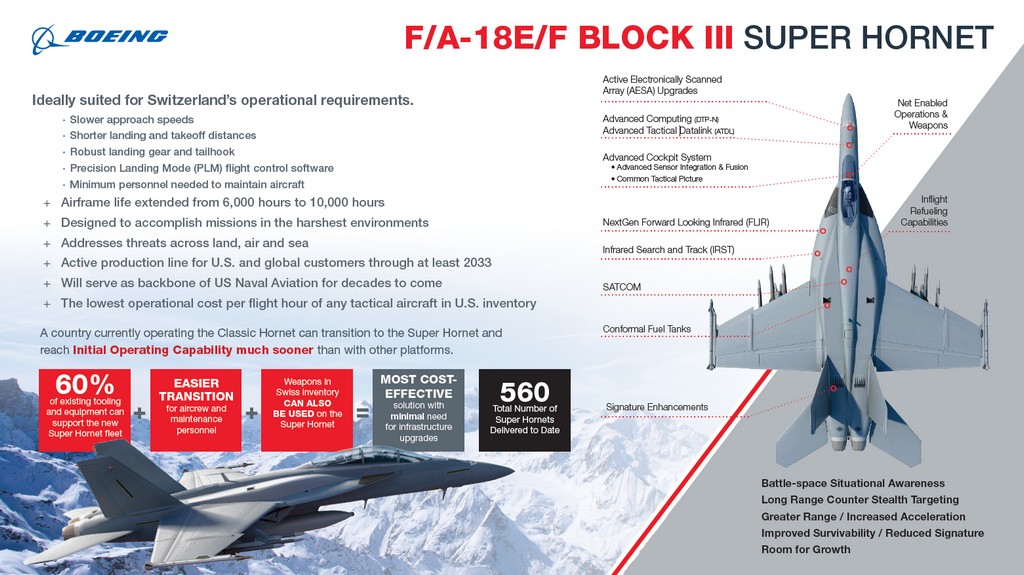 in conclusion, in the race for the replacement of the current hunting, The Super Hornet is very well placed.

After the press conference it was time to follow live flight operations and then we went to the square of the Base, next to DC 10 Omega Tanker who attended the 2 aircraft in flight across the ocean during their transfer. Along with the normal F 18C of the base traffic (see which) we have witnessed the taxiing and take-off of 2 in test specimens. Upon return of the original machines with IRST it was parked in front of reporters to allow shooting pictures and movies.
The day, Media, It ended here. But we were not tired yet.
We then went on the other side of the track where it had been prepared the area for spotter and here we could resume taxiing and takeoffs pm, including those of 2 headliner of the day.

We use cookies to make sure you can have the best experience on our website. If you continue to use this site we think you to be happy.OkRead more