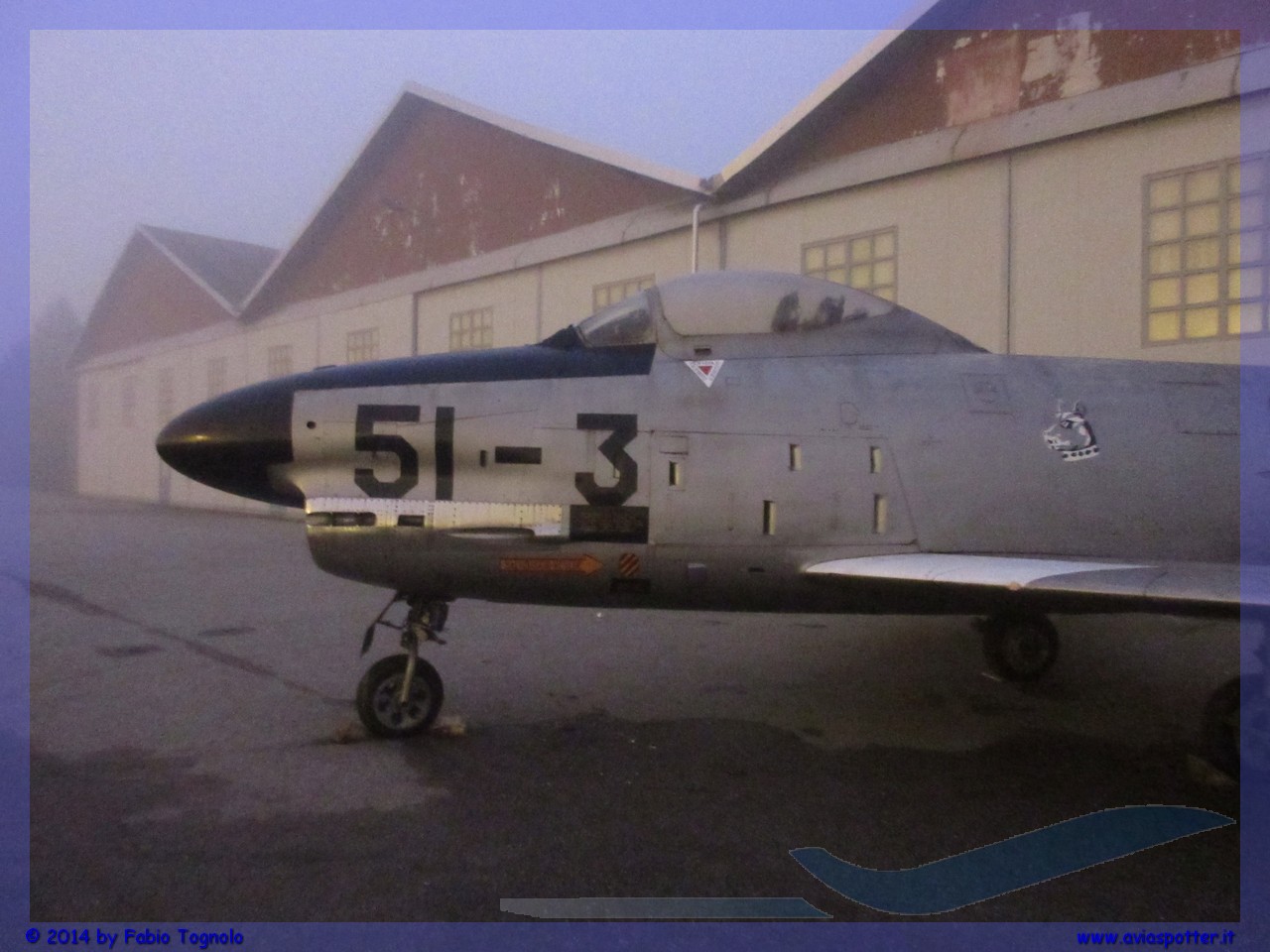 Finally arrived! For some months since I'm finally in the exposure 2 hunting Series 80s assigned to Volandia.

It is a F 84F Thunderstreak and F 86K Sabre Dog, both in the colors of Italian Air Force. The first is already in the final location, inside the shed called “Fixed wing”, set to '326, '339, AMX e S 211, just across the Vampire. The second will reach, probably next week, and now is exposed outside that shed, side Malpensa airport.

The two machines are from the collection of the Museum of Science and Technology in Milan, where they were borrowed by the Air Force and from where they started, at a time of Volandia, coming in the first half of November. Immediately the volunteers were put to work for replacement.

The first to be finished was the F 84 that has been exposed already a fortnight ago. The group F 86, beating all records, managed to put it back on track last week and now it is just to protect him, within the same shed F 84, next to SIAI 211.

The planes, with their coloration Natural Metal, are the highest representatives of the flight line AOS 50s / 60 and will be followed (hopefully soon) by a '104 and, probably, also by a G 91R. In Any Case, with this acquisition, The collection is enriched Volandia lot and, after that of Vigna di Valle, confirms the richest in Italy.

The photos were made Saturday 20 December. The time was extended and the darkness and the fog made her master. The photos on the outside are very noisy because of the sensitivity used. Those inside are a little’ but here they play much better colored lights Exposure. The small Canon Ixus behaved very well anyway.