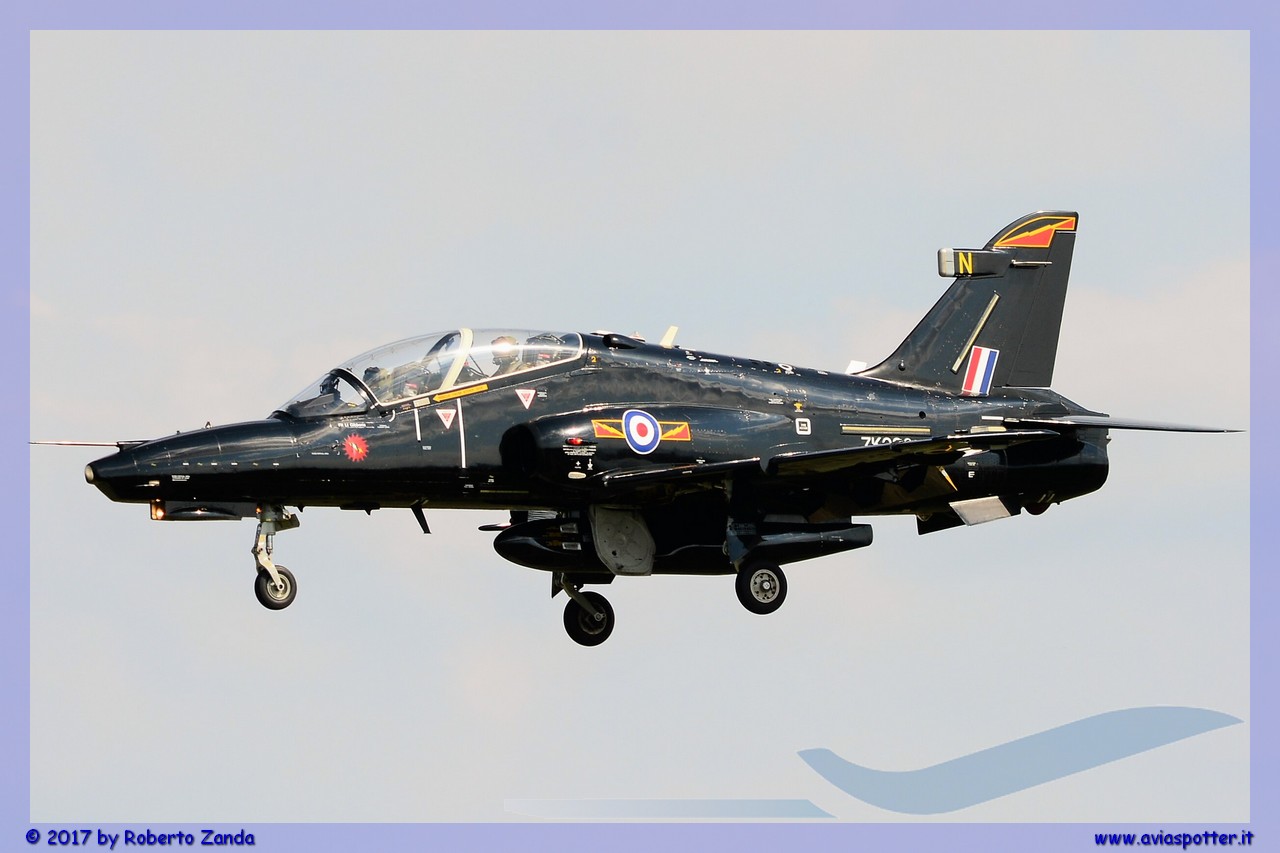 L'Amico Roberto Zanda, from Decimomannu, has become accustomed to pictures out of the ordinary and once again he did not want to contradict himself.
Accomplices rischieramenti with a few bells and whistles here he is offering us another outstanding document.

In the second half of March they have brought on the grounds of the airport Sardinian some BAE Hawk T2 IV(R) Squadron of the Royal Air Force to carry out exercises in a much milder climate than that of RAF Valley in which planes are normally based. The planes had been preceded in February by a fellow Special Color, also photographed by Robert (who if he was lost, you can reviewwhich).
Simultaneously we were also deployed some T 346 Master of our Air Force that, certainly, They were much envied by British pilots.

Italians planes have flown with SUU-20 dispenser, capable of launching 4 rockets 2,75 thumbs and 6 bombette da esercitazione BDU-33. I remember that the BDU does not contain explosive but a smoke bomb to indicate the point of falling and weigh about 25 lb (12,5 kg) Moon. The British Airline, during the entire period, They flew with only the ventral tank 100 Gallons (454 lt).

The BAe Hawk T2 is the latest version of the now elderly but still very powerful English trainer. They have Glass Cockpit, Head Up Display e comandi HOTAS (Hand On Throttle And Stick). The engine is the latest version of the turbofan Rolls Royce / Turbomeca Adour, the Mk 951, equipped with FADEC (Full Autority Digital Engine Control) and with a thrust of about 6500 lb (about 2900 Kg / thrust).

Ben modernize the Master brought by the 61st Wing of the Air Force. It equipped with all modern avionics and propelled by 2 Honeywell F 124-GA-200 da 2900 Kg / pushing each is able to optimally prepare pilots who must then drive the Typhoon or F 35 Lightning II that equip our Air Force.

Roberto, together with members of the Club Frecce Tricolori Cagliari, also he had the opportunity to spend a few hours in the airport and take pictures closely taxiing and preparing aircraft.