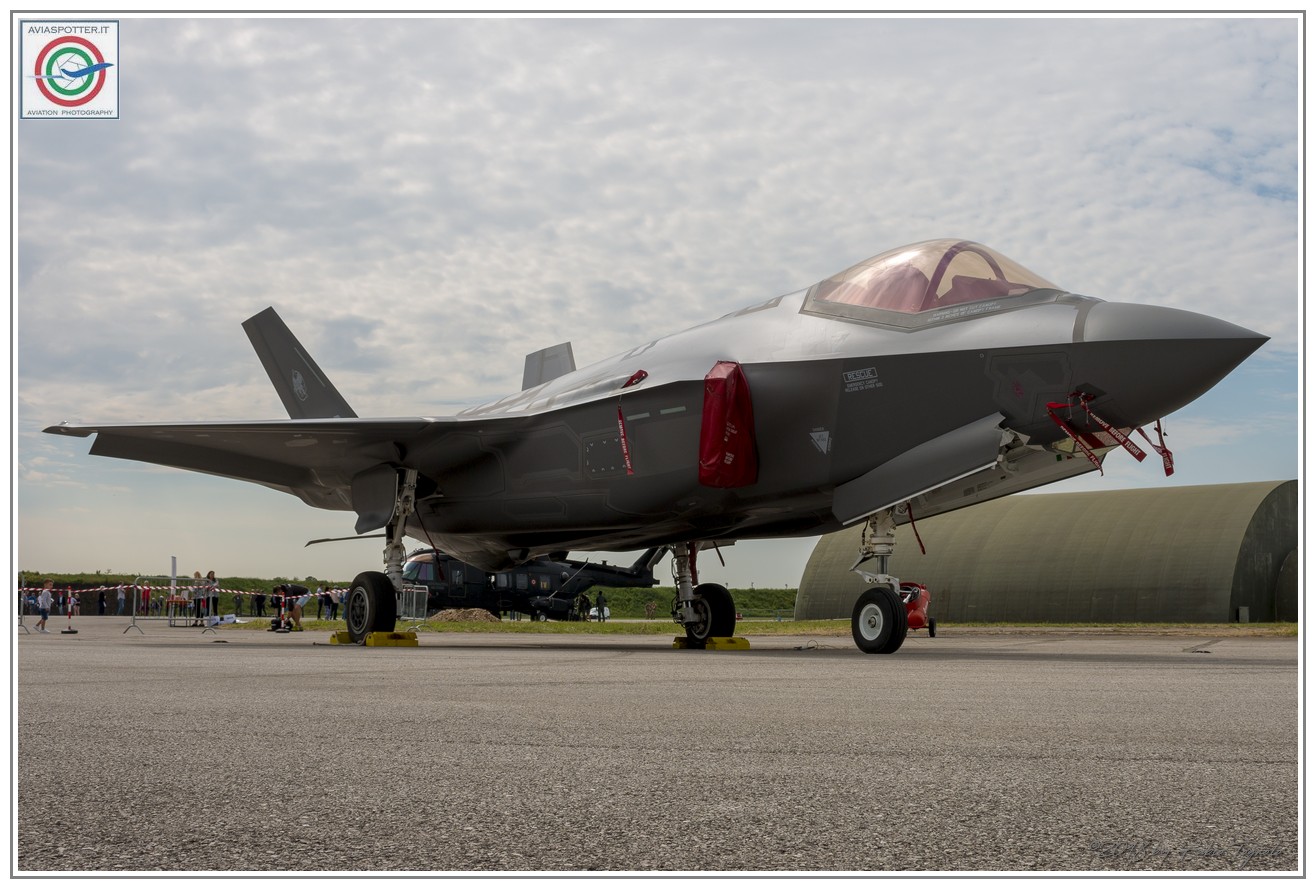 I decided to bring in one place all the site's photos, having as subject the most controversial aircraft in service (or about to enter) Air Forces in Italian (Air Force and Navy).
Given that, in my opinion, It is definitely a bell'aereo, not, however, I'll bore you with all the handfuls of these years on its usefulness, his alleged inefficiency or its more or less high costs.
Personally I think it is a machine with a stratospheric level of technology, unique in the world, it needs some time to reach full maturity (there was someone of the last military aircraft “important” that does not needed?).
I had the opportunity to see him live, on the ground and in flight, and found it spectacular. Also on the internet you can find movies (kind this O this) which it is evidence that the Lightning II is definitely not a sample of acrobatics as the Sukhoi Su 35, but neither is it a sitting duck as someone is so determined to support. And given that his job is not to delight the eyes of the fans during the Air Show, its performance is more than enough, He saw that his work seems to do extremely well.
If someone wants to further deepen the topic I encourage you to see the interview the former Chief of State AM, General Air Squadron Enzo Vecciarelli (current Chief of Defense) made by Andrea Purgatori and transmitted in 2 The parts to be 7 in November 2017 (Part 1andPart 2).
For those who love numbers and for a truly in-depth analysis and, in my opinion, well done, I can only leave you the links to the 3 loneflyer.com of articles, I think the ultimate guide, in Italian, aircraft to the forefront that will allow our Air Force to play a leading role, in Europe and in the world, in the coming decades (part 1, part 2 and part 3)